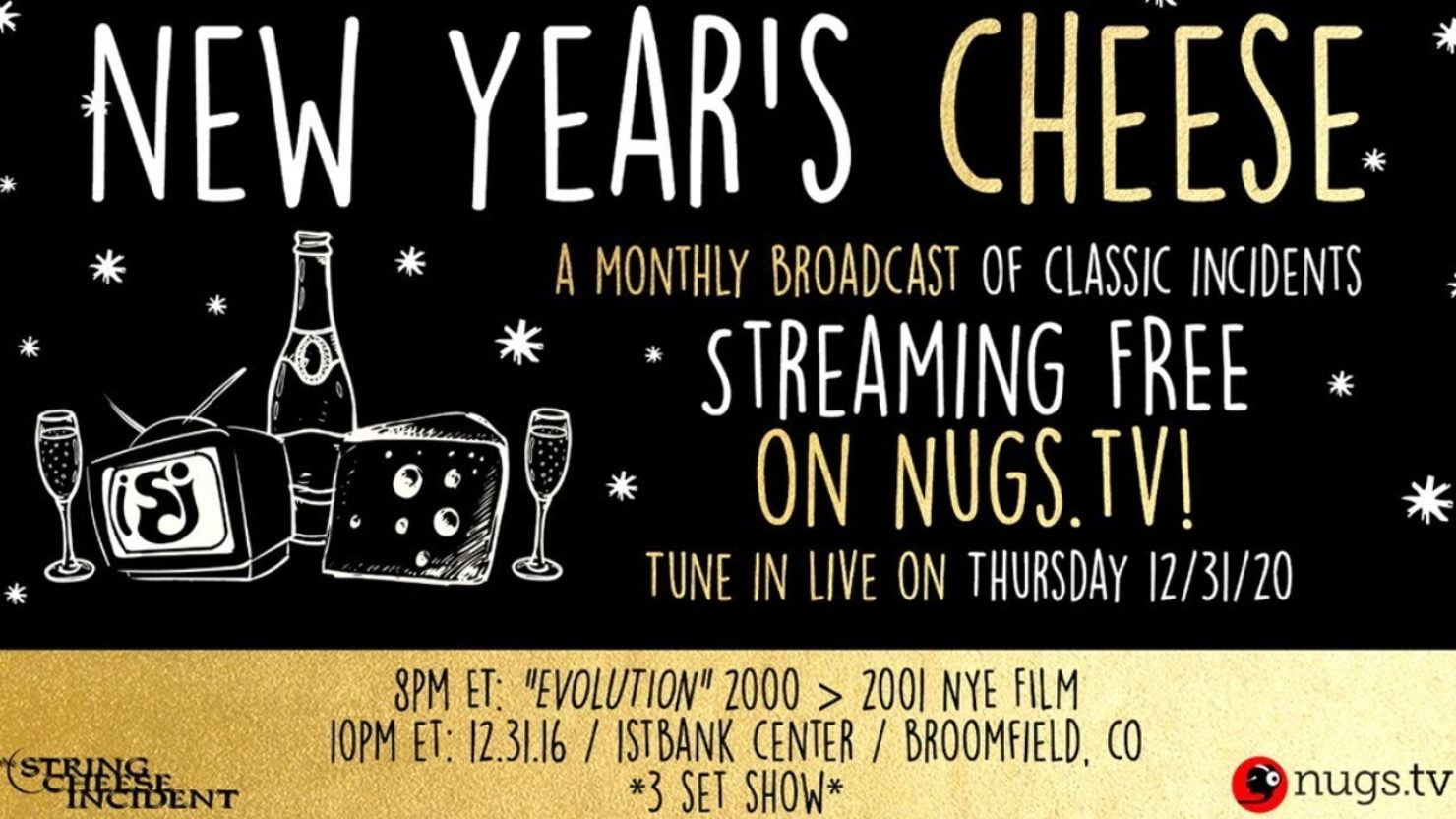 The String Cheese Incident will present a 20th anniversary screening of their New Years concert film, Evolution, and their December 31, 2016 show as part of a special New Years Eve live event. MT.

SCI’s “Friday Night Cheese” series on nugs.tv will move a day earlier to fit New Year’s Eve on Thursday, December 31st. Hosted by band percussionist Jason Hann, the “New Year’s Cheese” online programming begins at 8 p.m. with Evolution, which was recorded during The String Cheese Incident’s 2000/2001 New Years Run in Portland, Oregon. Kicking off about two hours later, SCI’s three-set concert will take place on December 31, 2016 at 1STBANKCenter in Broomfield, Colo., Where the band has sounded in the New Year six of their last seven visits to the NYE.

“We love to see our friends and family come together with us at CO to celebrate the New Year, and while we can’t be there with you in person this year, we REALLY look forward to saying goodbye to 2020 and welcome 2021, when we can hopefully start playing Incidents live again! The group said.

The “New Year’s Cheese” livestream from the String Cheese incident will be available via nugs.tv, YouTube and the JamBase livestream schedule.