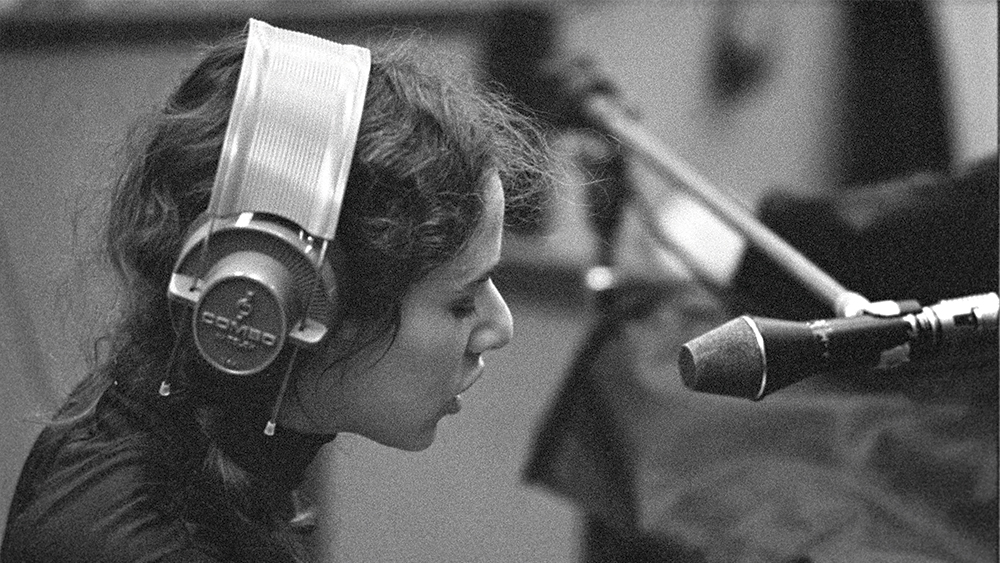 Looking back 50 years on anything unrelated to geology, evolution, or astronomy feels like a glimpse of a bygone era. This is especially the case for the 14th annual Grammy Awards, which took place on March 14, 1972 at the Felt Forum in New York’s Madison Square Garden and aired on ABC.

The show was hosted by virtuoso, easy-going vocalist Andy Williams; presenters included Ed Sullivan, the Fifth Dimension, the Carpenters and “Brady Bunch” star Florence Henderson. Carly Simon won Best New Artist; Kris Kristofferson won Best Country & Western Song for “Help Me Make It Through the Night” (no surprise, since he held three of five nominations in the category); and in a horrifying accolade in retrospect, Best Children’s Album went to “Bill Cosby Talks to Kids About Drugs.”

However, in Unusual Hip Moves, Isaac Hayes’ “Shaft” won Best Original Score for a Motion Picture; Aretha Franklin, Bill Withers and Ike & Tina Turner won the R&B categories; Cheech and Chong, nominees for Best Comedy Album, waved their freak flags to the dismay of many viewers; the recently separated Beatles were honored with the Trustees Award, of all things; and Paul McCartney won Best Arrangement Backing Singer for “Uncle Albert/Admiral Halsey,” a Monty Python-esque mashup that’s arguably one of the weirdest songs to ever top the Billboard Hot 100.

Yet the big winner of the night – with an unprecedented four Grammys at the time – wasn’t even at the ceremony: Carole King, whose hit album “Tapestry” spent 15 weeks at No. 1 on Billboard. 200 and remained on the chart for five years. She opted to skip the ceremony and stay home with her ten-week-old daughter, Molly, a decision that foreshadowed the shy singer’s reluctance to tour behind the album’s success. In his absence, she won album of the year with ‘Shaft’, George Harrison’s ‘All Things Must Pass’ and the Carpenters’ self-titled debut album; won Record of the Year for “It’s Too Late”; Best Pop Vocal Performance for the song “Tapestry” (topped by Joan Baez, Cher, Janis Joplin and Carly Simon); and Song of the Year for James Taylor’s version of his composition “You’ve Got a Friend”.

And in testament to King’s still-monumental songwriting legacy, his songs won two other awards for other artists: Taylor’s “You’ve Got a Friend” won Best Performance. pop vocals and Quincy Jones won Best Pop Instrumental Performance for his version of “Smackwater Jack”, another song from “Tapestry”.

King rarely does interviews, but Herb Alpert, who presented one of King’s awards on this show, recently spoke with Variety about the album, which was produced by Lou Adler, also founder of King’s label, Ode Records. “Sure [the album’s success] caught Lou off guard,” he said of his longtime colleague, who accepted trophies on King’s behalf and also won the Grammys as the album’s producer. “I don’t know if he thought it would be this monster record. But I looked at the concept he had for Carole: he wanted to make a record that felt like a demo record, almost, and low-key – just go for it. for the beautiful songs she writes. And he was absolutely right. It was a wonderful recording, and I think people respond to artists who are honest.

However, just as quickly as King reached such heights of success, she decided she didn’t want what came with them: she had spent nearly the entire previous decade working behind the scenes as a songwriter, writing such classics with her former husband Gerry Goffin. like “Will You Love Me Tomorrow”, “One Fine Day”, “Up on the Roof”, and “(You Make Me Feel Like a) Natural Woman”, among many others. In her 2012 autobiography, ‘A Natural Woman’, King explains, “With ‘Tapestry’ now a multi-platinum album that had far exceeded my teenage dreams, I didn’t know what to do with my success. I didn’t want any trouble. related to fame and I didn’t want my private life made public. I just wanted to do what I was doing as a wife and mother before the success of ‘Tapestry’. And that’s indeed what King did. over the past 50 years – taking fame in his own way, releasing albums and touring while living in Idaho and focusing on charitable, philanthropic and environmental work.

And her tapestry of rich, regal hues will come full circle 50 years later, at the 64th annual Grammy Awards on Sunday, when “Here I Am (Singing My Way Home),” a song she wrote with Jennifer Hudson and Jamie Hartman for the Aretha Franklin biopic “Respect” is up for best song written for visual media – giving King the opportunity to add another Grammy to his formidable list of lifetime achievements.

The evolution of Japanese breakfast brought it to the Grammys