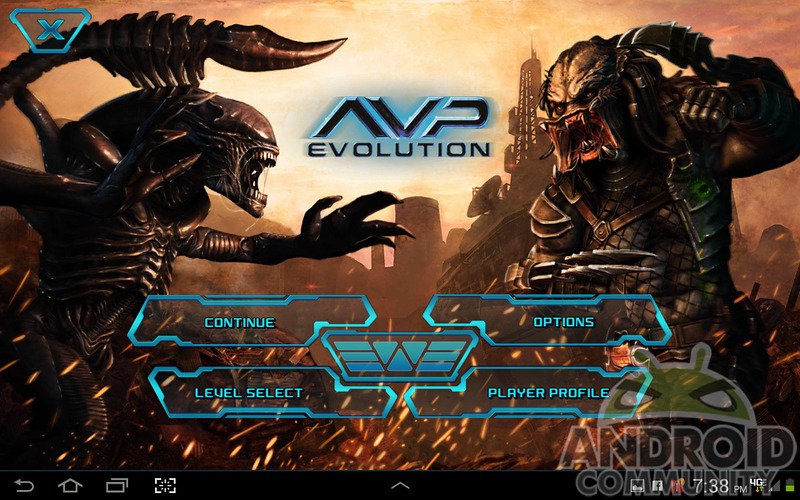 Fox Digital Entertainment and Angry Mob Games recently released Alien VS Predator: Evolution and as such we spent some time playing it. For those who think the name Angry Mob Games sounds familiar but don’t know where they came from – they were the team behind PREDATORS. Either way, Alien VS Predator: Evolution has been released for mobile devices, meaning it’s available for Android and iOS. Of course, the focus here is on Android.

The game starts with Alien or Predator. Based on the game description, this means that as an alien you would be responsible for destroying super predators and freeing your species from slavery. On the flip side, whoever chooses Predator would be tasked with eliminating the alien queen in an effort to prevent super predators from wiping out your clan. No matter what you choose, you will end up playing both sides.

Aside from not being able to choose (and stick) with one side throughout the game, it feels worthy of the money you’ll have to fork out to play. Alien VS Predator: Evolution is available through the Google Play Store and sells for $ 4.99. The game promises everything from vicious characters to fierce combat and even spooky environments and amazing graphics. We found that these mostly lived up to the description, but we’ve also included a walkthrough video and plenty of screenshots so you can draw your own conclusion. Or at the very least, we think they’ll be enough to help you decide whether Alien VS Predator: Evolution is worthy of your $ 5 investment.

In addition to our practice, the developer has also published their own guide. The Developer Edition is 4 minutes and 14 seconds in length and can be seen in the video below. Overall, Alien VS Predator: Evolution seems like a real third-person fighting game that will have you running, dodging, fighting, and collecting new weapons as you go.

If you pick up the game and start playing, and what better time than a Friday night, be sure to let us know your thoughts in the comments below. Otherwise, for those who are looking for a bit of gaming and find themselves in a position where they either don’t want or can’t spend $ 4.99, remember that Predators is still available and this one costs just 0, $ 99.