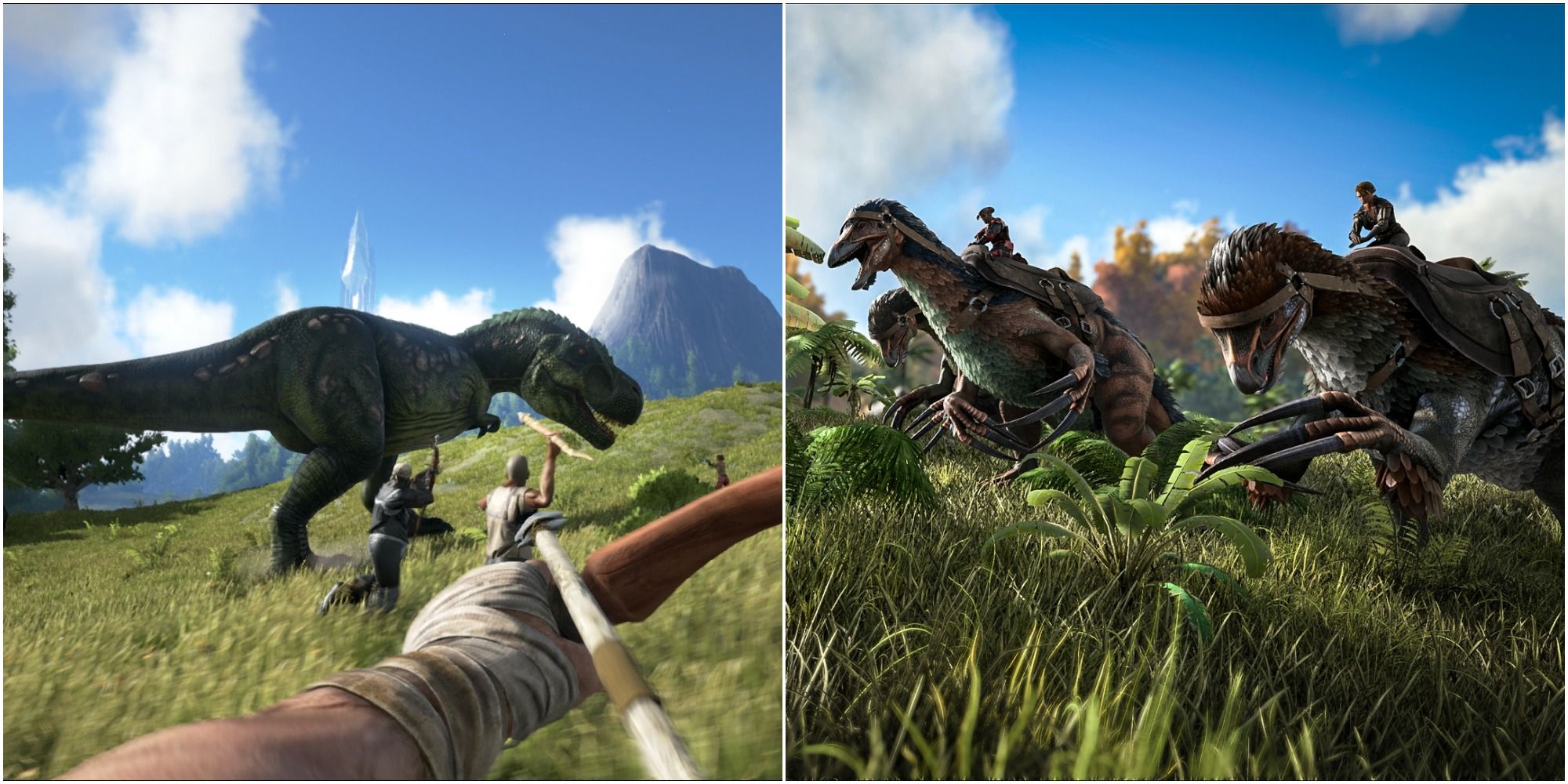 Survival games are definitely not for the faint of heart. But with Ark: Survival Evolved, the game’s ability to inflict punishment seems to transcend its gameplay to encompass all the activities necessary to make it work in the first place. At least that was the case when it launched in 2017, after two years of early access on Steam.

This is probably the main reason why its community of players has had to adapt and evolve, as have their in-game avatars. Because despite the countless glitches and issues the game has become known for, it’s still fun to play. with friends and strangers. And in their quest to build and adventure through the ultimate dinosaur sandbox, here are some habits its player base has developed over the years.

This one is specific to PC gamers, especially those who got the game while it was still in Early Access on Steam. Ark: Survival Evolved is a fairly demanding game, speaking from a purely technical point of view. Its developers at Studio Wildcard had decided to push the boundaries of visuals in a survival game, but all that ambition definitely comes at a cost.

The dense foliage of its jungles and the long draw distances of its landscapes meant that the frame rate could sometimes take a hit, especially on lower-end machines. To work around this, many gamers are forced to play the game at very low settings, reducing the details until it looks like an entirely different game – or something closer to the Nintendo Switch version. But given the choice between gorgeous environments and a playable frame rate, most gamers would definitely choose the frame rate.

If there’s one thing Ark: Survival Evolved is notorious for, it’s the numerous bugs and glitches that continue to plague the game many years after it released from Early Access. Some of them are just minor annoyances, like shadows switching on and off in the environment or dinosaurs getting stuck while traversing terrain.

Others, however, almost make the game completely unplayable, like having your character appear in walls right after loading into a server or crashing into the desktop for no apparent reason. The Nintendo Switch version, in particular, suffered so badly that many gamers wondered how this port managed to pass quality assurance. But overall, gamers continue to look past these issues in order to access the real meat of the game, so anyone considering joining them must have a very high tolerance for such issues.

3 Get anxious every time the battle music kicks in

The world of Ark: Survival Evolved is full of several things that try to harm you at all times, from other players to towering T. Rex. For players still trying to get a foothold in the game, this ever-present challenge prevents them from exploring the world or gathering the resources they need to craft and advance their base without fear of attack.

For these players, the first indication that something in the immediate vicinity has had trouble with their presence is usually battle music. Because of this, it doesn’t take long before they start associating this music with a feeling of dread. This is especially true when you haven’t spotted the creature in question yet, currently aiming for your jugular, when you were just there minding your own business.

2 Feel satisfied after preventing a raid

One of the dangers of playing a game like Ark: Survival Evolved on an internet server is the almost constant possibility of being looted. This is when another player or group of players tries to loot the gear and resources you’ve spent countless hours crafting and gathering. And due to the asynchronous nature of the game, this can happen at any time, even when you’re not currently logged in.

This is why most players prefer servers where they have other players to help protect their bases even when they are not there. But for those instances where you’re logged in when the raid attempt occurs, nothing beats that sense of satisfaction you get after successfully fending off would-be raiders. Some might even come in large groups, with coordinated attacks, making a victory against them even more rewarding. It’s these elements that help the world of Ark: Survival Evolved feel lived in and fully realized.

In Ark: Survival Evolved, players literally start out with nothing to their name. Every item they need to survive and set up their base must be painstakingly scavenged from the environment. Most of your time would actually be spent gathering resources such as stone, wood, and metal ore, as crafting plays a big part of the overall gameplay loop.

So, yes, you’ll be doing a lot of grinding in the game if you’re hoping to build stone fortresses or wield machine guns anytime soon. There’s just no two ways about it. Either you grow up to appreciate the grind, or at the very least you accept it. But trust us when we say there’s no greater sense of accomplishment than patrolling the perimeters of your carefully constructed fortress atop the same T. Rex that once terrorized it for weeks, after acquiring the skills and tools to do so.

Grenade launchers are one of the most powerful weapon archetypes in Destiny 2 – today we’re ranking the best of them.

Michael Abayomi was born in Lagos, Nigeria. He shares a passion for books, movies, music and video games. You can check out @michaelabayomi on YouTube, Twitter or Instagram for more of his geeky adventures.

Rajesh Kochhar and the spirit of science