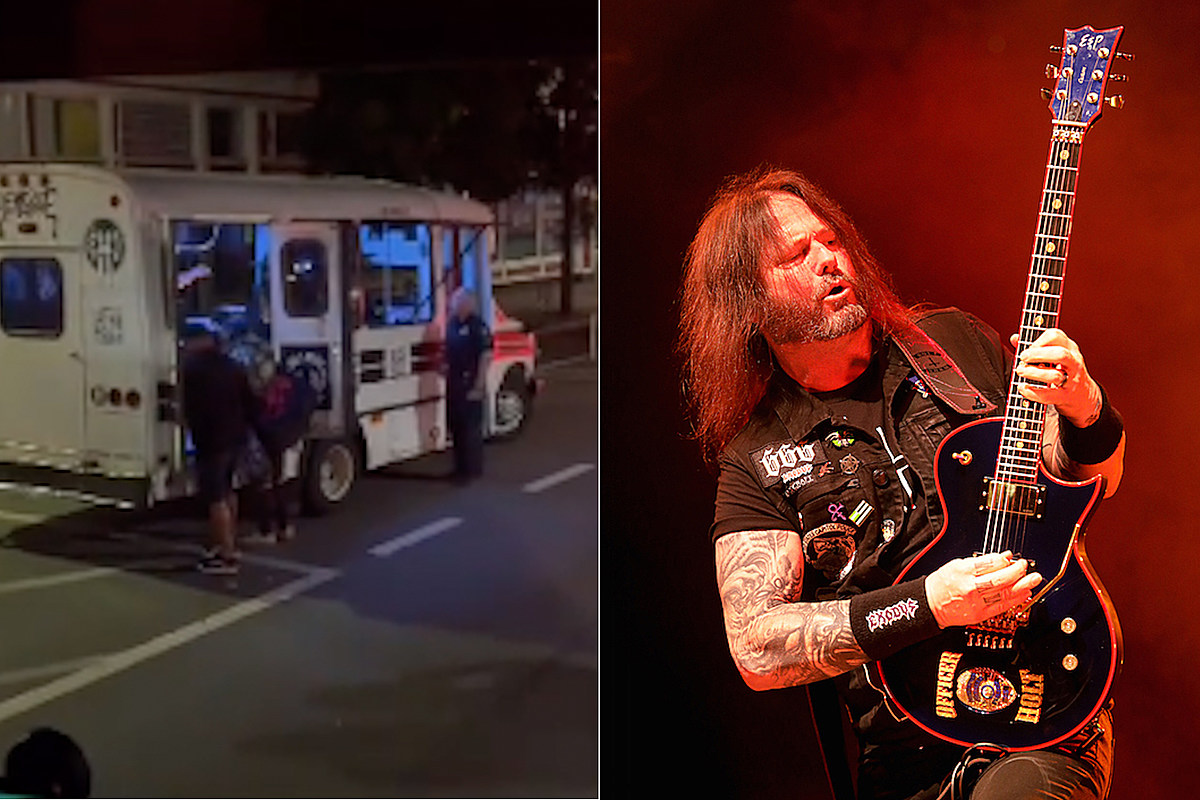 If you haven’t heard of the San Francisco band Hemorage, they made a name for themselves in California playing “side shows” from inside their bus near other gigs and starting mosh pits in the streets. Last night (April 12) their bus gig was shut down by the cops, so Gary Holt offered his support by buying their merchandise.

Exodus are currently on tour with Testament and Death Angel, and the band performed last night (April 12) in San Diego. Hemorage showed up to present his own performance. A crowd gathered in the streets to watch the bus show and even started moshing. Holt captured footage from the event and posted it to his Instagram.

“Bleeding is raging on the streets of San Diego! Ride in a van, start killing it right next to our bus, just the coolest thing ever, damn security guard!” Holt wrote in the caption of the first video.

Then things got worse and the local police shut down the mobile concert. However, Holt and teammate Lee Altus have always offered their support.

“When Hemorage got shut down by the San Diego Police yesterday! Lee and I went to buy some shirts! But the street gig ended on the spot! This band rules! Buy their merchandise and support this band! Holt wrote in a second Instagram post.

Check out the two videos below.

According to their own Instagram, Hemorage has been playing “mobile shows” since 2017. They have performed what they call “side shows” from inside their bus near other concerts that have taken place in California, including System of a Down and Korn, Municipal Waste, Metallica, Soulfly, Slash and Turnstile. Check their website for more information.

Move on! Here are 16 things metalheads really should overcome.