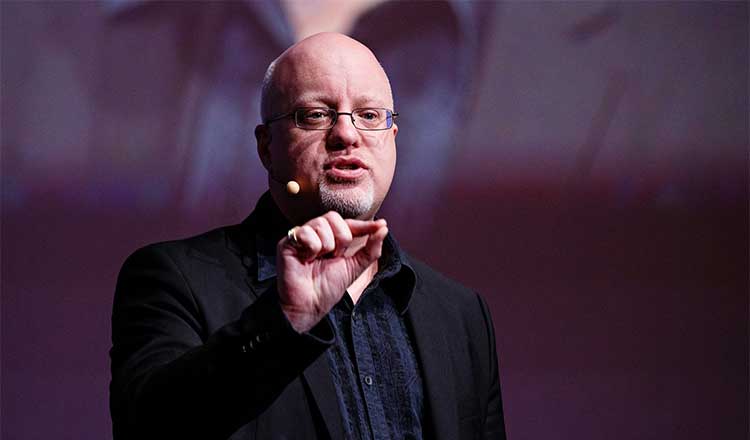 I have been working on the evolution of banking technology for over 20 years, particularly around the internet and mobile disruption. I have worked on digital strategy for brands such as HSBC, Standard Chartered, Citibank, NAB, Lloyds and many more.

I also founded the very first US-based mobile Challenger bank called Moven. I was inducted into the Fintech Hall of Fame in 2020, the inaugural year of this list.

I have advised many different governments on the impact of fintech and technology on the banking industry and still do so today. To see – https://twitter.com/BrettKing/status/1501659844608200712?s=20&t=5wuPq0Jmnf1dDPsh7V9zoA

The book, augmented and why it is recommended to read material on AI

Augmented is the book I wrote that ended up in President Xi’s library during his national address to the nation in 2018. The book really explains how artificial intelligence is going to change society for all of us in the world. day by day. our lives.

AI will disrupt every industry and every country, driving significant changes to the way we work and live. We continued with The Rise of Technosocialism, which examines how we need to rethink economics and politics in the future world of AI. The biggest change for the bank is that it is becoming heavily utility-based.

Back in the early days of the commercial Internet, I worked in technology infrastructure, primarily in banking.

Resistance and apathy to these changes in the industry were chronic, and when the “dot com” boom did not lead to disruption in the banking space, many bankers thought they had “escaped”. to internet disruption and that their business models were protected. .

My most notable accomplishments are that I accurately predicted in 2005 that mobile banking would overtake internet banking as the primary channel for banking interactions by 2015, but that was back when branches were still the main engagement channel and that the internet was increasingly used. Back in 2009, I predicted that mobile wallets would overtake plastic card payments by 2016 – I was wrong; it only happened in 2017.

I also founded the world’s first mobile challenger bank called Movenbank in 2010. We were the first debit card offered anywhere in the world where you could sign up in a mobile app. We were also the first app to offer contactless payment options before GooglePay and ApplePay, and we were the first banking app to use the home page for financial wellness and expense feedback, as well as innovations such as real-time receipts, categorization and alerts.

The pace of technological change is actually accelerating and the cost of technology is falling, which means that change is happening much faster than in the past.

The rise of humans and our society means that many things that we take for granted as part of human society pass through once in history and need to be rethought.

The pace of change is unprecedented and resistance, as the saying goes, is futile. In 250 years, with all the technological advancements we’ve seen, from steam engines to microchips, no company has ever managed to slow down or stop innovation.

Thus, Augmented argues that we should spend our time determining how we should adapt to these changes, rather than discussing as we do whether these changes will take place.

Evolution of the bank since the release of: Bank 2. 0

Bank 2.0 accurately predicted a series of changes such as the dominance of mobile in banking, the use of AI and robotic process automation eliminating human resources in banking, the decline of use of cash and cards, the rise of Fintech pure-plays, the emergence of cryptocurrencies and CBDCs, and the decline of branch banking around the world.

Changes that we didn’t necessarily anticipate were the rise of China relative to Fintech globally, particularly around the success of Alipay and Tencent WeChat Pay, and the rise of some of the most world’s largest fintechs.

Having launched one of the first challenger banks in the US market, I was fortunate to have played on the front lines of industry disruption, including taking on very conservative regulators and incumbents who have fought unsuccessfully to maintain the status quo.

As a technologist in space, I constantly encountered apathetic industry leaders with a zero view of technology, actively resisting technological change in the business model. I realized that there were hundreds of thousands of professionals like me who were fighting in the trenches every day to make a difference to customers through the use of these new technologies, but they weren’t caught in the serious.

I wrote the Bank x.0 series as a mechanism to help them educate their management, boards and traditional business leaders about the truth behind the transformations in our industry, so everyone can be on the same wavelength.

In those early days, let’s say before 2014/2015, there was an awful lot of denial, in many ways that’s still a feature of our industry. But more recently, as the pandemic and mainstream adoption have changed consumer behavior, there’s no denying that if you don’t adapt as a bank, you simply won’t be relevant anymore.

I’m glad the industry as a whole has recognized that as a voice in the space, I helped bring these two worlds together.

Technosocialism and its impact on the world we live in

Technosocialism is one of the four possible futures humanity faces, the other scenarios are neo-feudalism, Luddistan (technological restriction) and Failedistan (states failing through inaction).

This is where we use technology and automation to provide a basic level of basic services (a living wage, food, housing, education, health care) as a basic function of the economy, but by using automation, we are also radically reducing the costs of government and basic services well below today’s public spending.

For example, we show how to reduce the cost of healthcare by 70% in the United States, which is the most expensive healthcare system in the world.

The book The Rise of Technosocialism is really a book about the philosophy of humanity in the face of the radical changes in our world punctuated by four distinct “crises” – the rise of inequality, the global pandemic, the techno-unemployment resulting from intelligence man-made and climate change.

The book examines our options for dealing with these crises and argues that an optimal state for the human species is one where we work together for the outcome of all humans and the other species we share the planet with, not just the richest humans in the world. the planet through our current form of capitalism.