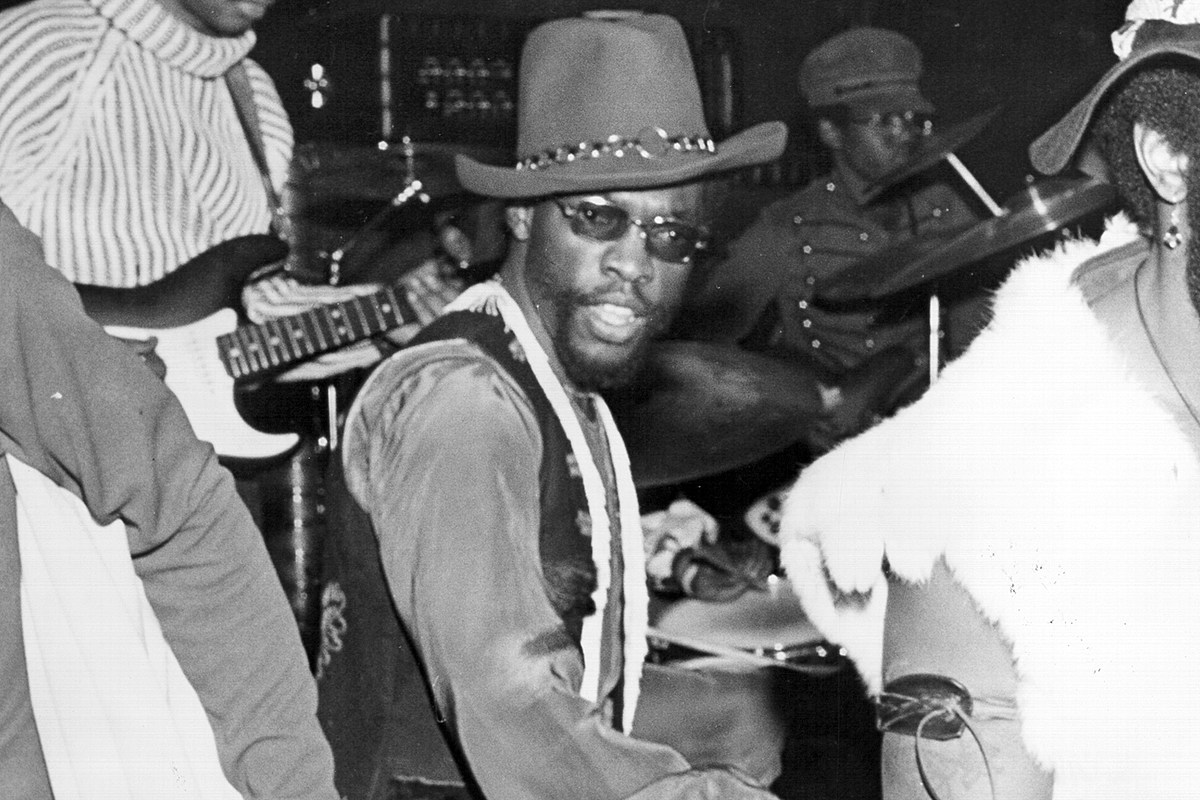 Calvin Simon, best known for his singing work with George Clinton’s Parliament-Funkadelic, has died at the age of 79.

“Rest in peace to my P-Funk brother, Mr. Calvin Simon,” Clinton wrote in a message to Facebook. “Fly to Calvin!” “

“We’ve lost another original Member of Parliament / Funkadelic,” bassist Bootsy Collins added in a post on his own, remembering Simon as “a friend, band member and classic cool guy.”

Born in Beckley, WV, Simon grew up singing in his church choir. When he was a teenager he moved to New Jersey, where he became involved with a local harmony group called the Crystals. “In New Jersey, pretty much every corner you went to, there was a group of singers or someone trying to sing!” Simon recalled in a 2018 interview with the Gospel music journal. “You walk under that lamppost at night and you just start singing. We were singing Pookie Hudson and the Spaniels, Shep and the Limelights. I had a falsetto and a natural voice. In New Jersey, he connected with Clinton and the rest of the Parliaments, and the band saw early success with tracks like “I Can Feel the Ice Melting”, “Heart Trouble” and “I Wanna Testify”.

Simon was forced out of the group suddenly in the mid-1960s when he was drafted into the Vietnam War. He returned after two years of service and joined Parliaments in 1968. “It was difficult,” he said. “Come back from that war, after you’ve killed and almost been killed, and then everything changed. The whole world had changed. When I left we had been dealing with hair and pin curls, suits and ties. When I came back it was dashikis and beards and hippies and free love. “

Watch Calvin Simon With Parliaments and Funkadelic in 1969

In 1977, Simon and several other members of the group, which then became Parliament-Funkadelic, left due to financial disputes with Clinton. He occasionally reconnected with P-Funk, including a short stint in the ’90s with Clinton and the P-Funk Allstars, but eventually returned to his childhood passion: gospel music. He launched his own label, Simon Says, and released an album in 2004 titled Share the news, which reached No. 32 on the Gospel map. His last album arrived in 2016, It is not too late.

“I used a lot of the theory I learned from being part of Parliament-Funkadelic,” Simon said in 2018. We used to have the vocal harmonies, the screaming guitar solos, the horn harmonies … The music is the same. is a D chord, but it’s the lyrics you put in addition to the ones that matter to me now. “

In 1997, Simon was inducted into the Rock & Roll Hall of Fame as a Member of Parliament-Funkadelic, an important moment for the singer, who had not seen the original members of the band on stage since 1979. “It was the first time that all of the original people had come together because of all the friction, all the trials and everything that has happened over the years, “he said. Crossed rhythms. “I swore I would never be back on stage with Parliament-Funkadelic again.”

Still, Simon noted that differences with Clinton over the years hadn’t marred his memories of their time together. “We’ve had our issues over the years, but as a brother I love him,” he said. “There are things that happen in families and you will always have that love even if you don’t agree with some of the decisions that are made and the way you treat each other.”

We count down the albums released by the two rotating groups of George Clinton.