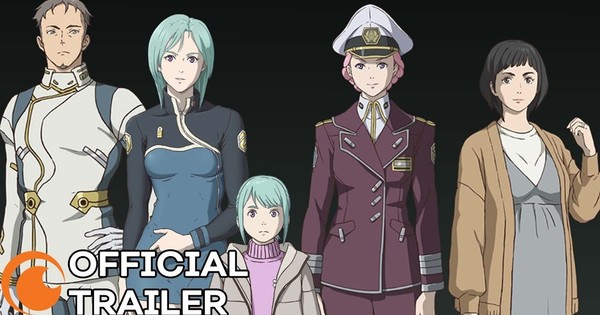 Crunchyroll announced on Thursday that it will broadcast Eureka: Eureka Seven: Salvation – Evolutionthe third and last film of the Eureka Seven: Salvation – Evolution (Kōkyōshihen Eureka Seven Hi-Evolution) trilogy, in Japanese with English subtitles and with an English double in theaters in the United States and Canada on May 17 and 18. Tickets will go on sale Friday. The film is “coming soon” to Australia. The company released a trailer with English subtitles:

The film was originally scheduled for release in 2019, but was delayed to early summer 2021, then delayed again to November 26 due to the novel coronavirus disease (COVID-19) pandemic and its influence on the film’s schedule. production.

The story of the third film is set 10 years after the end of the previous film’s “Grand Unification”, which brought people from the virtual world inside the Scub Coral into the real world. The world’s population is now divided into Green Earth, Scub Coral world people; and Blue Earth, real world people. Their coexistence is far from peaceful, with many disputes behind the scenes. Dewey Novak, the military leader of Green Earth, decides to carry out terrorist attacks to protect himself.

Eureka, hated by the world as a symbol and origin of the division of the world, now works as a high-level military agent in the UN secret operations agency ACID, still fighting to protect a fragile peace as a form of atonement. Her special mission is to protect Iris, a “new Eureka”, born from the Scub Coral like her, and using her old ability to manipulate it. Although conflicted at first, they eventually come to understand each other’s loneliness. Eureka will have to push herself to the limit to keep Iris and the world safe.

At the end, Dai Sato no longer wrote the film, with the director Tomoki Kyoda and eureka seven scriptwriter Yuichi Nomura having collaborated on the screenplay of the film.

Some of the new cast members for the movie’s voice characters from the EUREKA SEVEN AO anime or other eureka seven media, while most of the others are entirely new characters.

The first film opened in September 2017, having made its worldwide debut at otakon in August 2017. In its first two days, the film earned approximately 63 million yen (approximately US$561,137). Funimation screened the film in theaters in the United States in February 2018, with screenings in Japanese with English subtitles and with an English double.