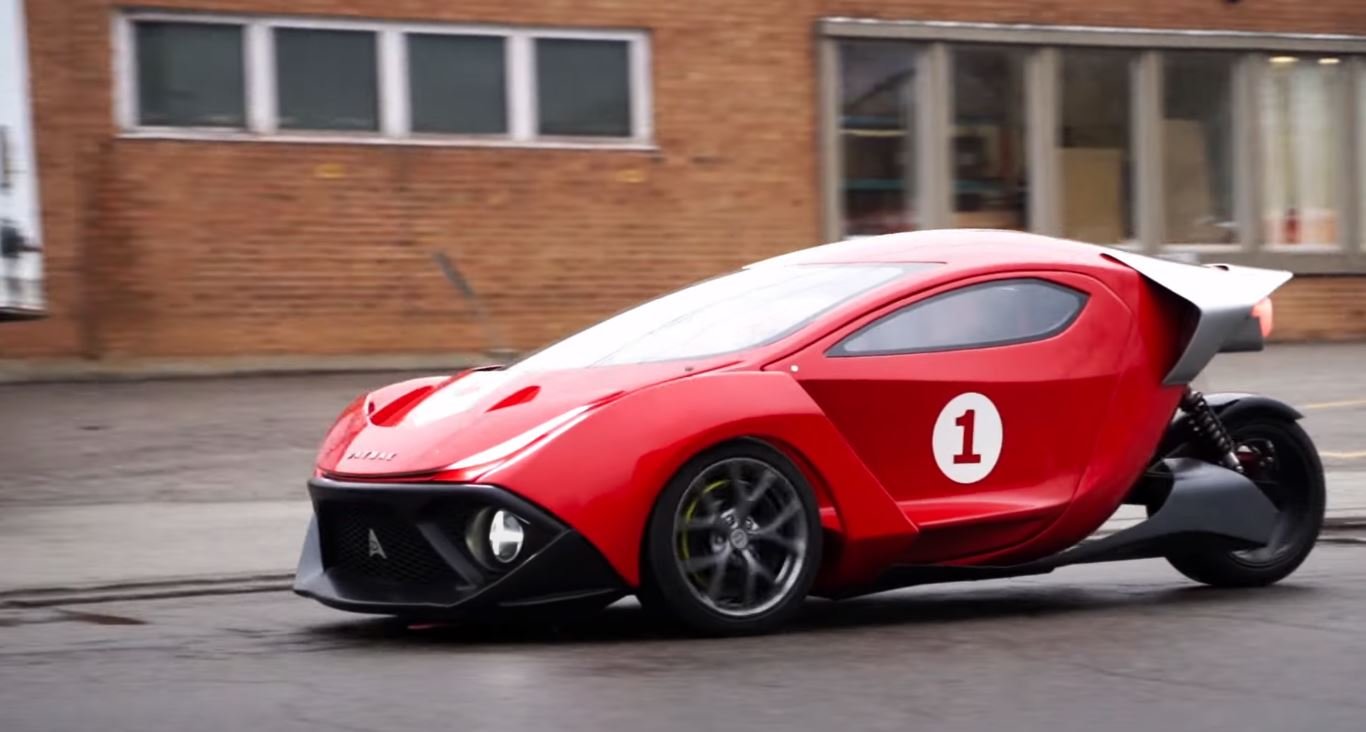 Daymak is a Canadian company with considerable experience in the electric urban mobility market, but that didn’t spare it from vaporware accusations when it announced the Avvenire line. The Spiritus is a three-wheeled “car” that is part of this lineup, and there is a video to prove it exists.

The Avvenire range was introduced in early 2021 and includes e-bikes, LEVs (light electric vehicles) and a flying car. It also comes with a launch date of 2023 and garnered massive investor interest when these EVs were first digitized, so you can see why it was accused of vaporware almost instantly.

But Daymak takes Avvenire seriously. So serious that he quickly debuted a static model of the Spiritus, the series’ most anticipated entry, an electric three-wheeler, which was capable of mining crypto in real life, as he was parked. Then, in October of last year, Daymak showcased the first production-ready prototype in press photos.

Now we have a video of the moving prototype, courtesy of Daymak VP of R&D Mike Chow. You can see it in full at the bottom of the page.

Although the description of the video indicates that it was a “first test drive”, the video is being broadcast more as an advertisement. It’s not a test drive as you would expect from an auto reviewer, as the video is edited drastically, with quick cuts and dramatic music over a mix of real footage and CG renderings. Still, it’s the Daymak Spiritus on the move, crossing a parking lot and what looks like a public road, making a single turn at low speed, then returning to base.

Video comments are turned off, and you are free to guess why a startup like Daymak wouldn’t want to hear comments from potential customers and the general public. On a positive note, the prototype looks good and, at the very least, moves on its own, so the company is able to partially dispel these vaporware rumors.

It remains to be seen whether the Spiritus will enter full production to meet the 2023 delivery date. But here’s to start the new year with an optimistic outlook.