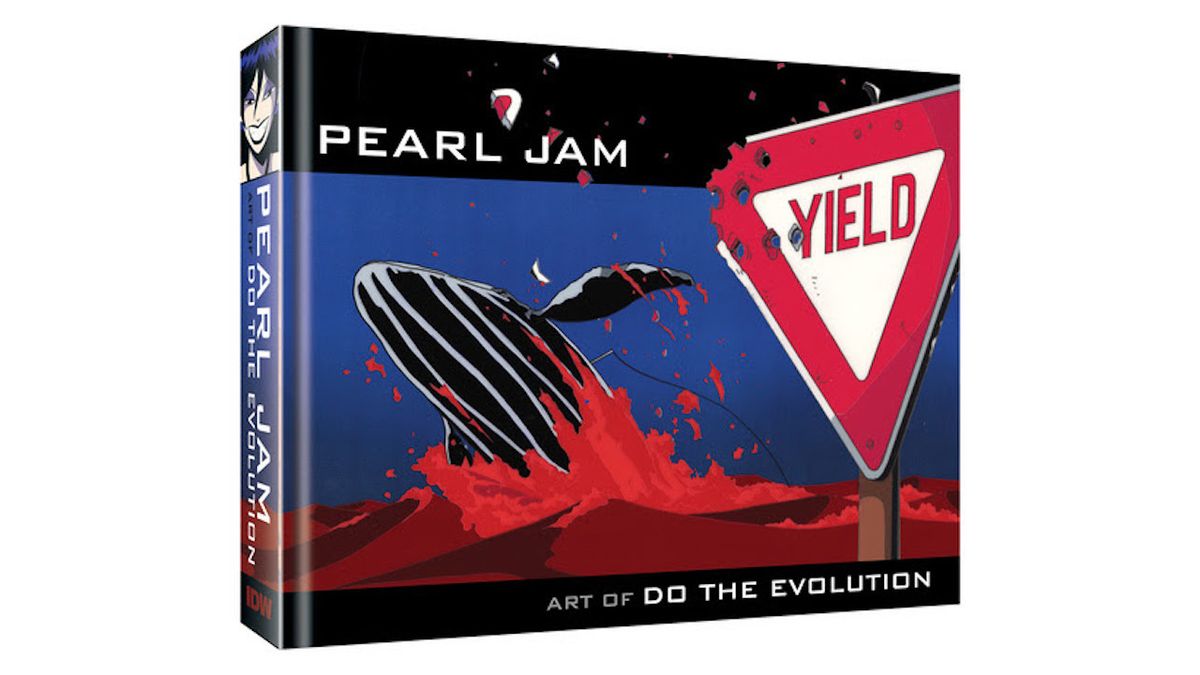 IDW Publishing has announced plans to release a retrospective art book commemorating Pearl Jam’s “Do the Evolution” animated video. Directed by Spawn creator Todd McFarlane and host Kevin Altieri in signature McFarlane style, “Do the Evolution” was one of the most iconic videos of the late ’90s, bringing together MTV viewers, fans from Pearl Jam and comic book readers.

The book, titled Pearl Jam: The Art of Do the Evolution, contains 200 pages of art and information about the production of the video in a hardcover format. It also includes an introduction by McFarlane himself.

In the introduction, McFarlane describes the events depicted in the video as “the history of mankind in such a condensed version as you will never see.” a Herculean task … It is filled with so many wonderful examples of how dozens of creative people came together to create what would soon become a Grammy nominated video. “

“Being able to produce this flagship animated video in my studio for Pearl Jam and working with great talent like Eddie Vedder, Todd McFarlane and Kevin Altieri was a unique opportunity,” said video storyboard artist Joe Pearson. , who helped compile the book, in the ad. “And then seeing the continued positive reaction from millions of fans around the world to our group effort has been the icing on this dense cake of cutting-edge music and animation.”

“Pearl Jam’s Do The Evolution presents the threat of man’s quest for dominance in clear and understandable terms, a theme that remains at the forefront of current conversations,” added Justin Eisinger, Editorial Director of Graphic Novels and Collections from IDW. “Filled with bold imagery and layered visual storytelling that accentuates the already searing lyrics, McFarlane and Altieri have created a video that spans the history of mankind. And now their groundbreaking work can be fully appreciated in this book. in-depth behind the scenes that explores how it all came together. “

Pearl Jam: The Art of Do the Evolution will be released on October 6.