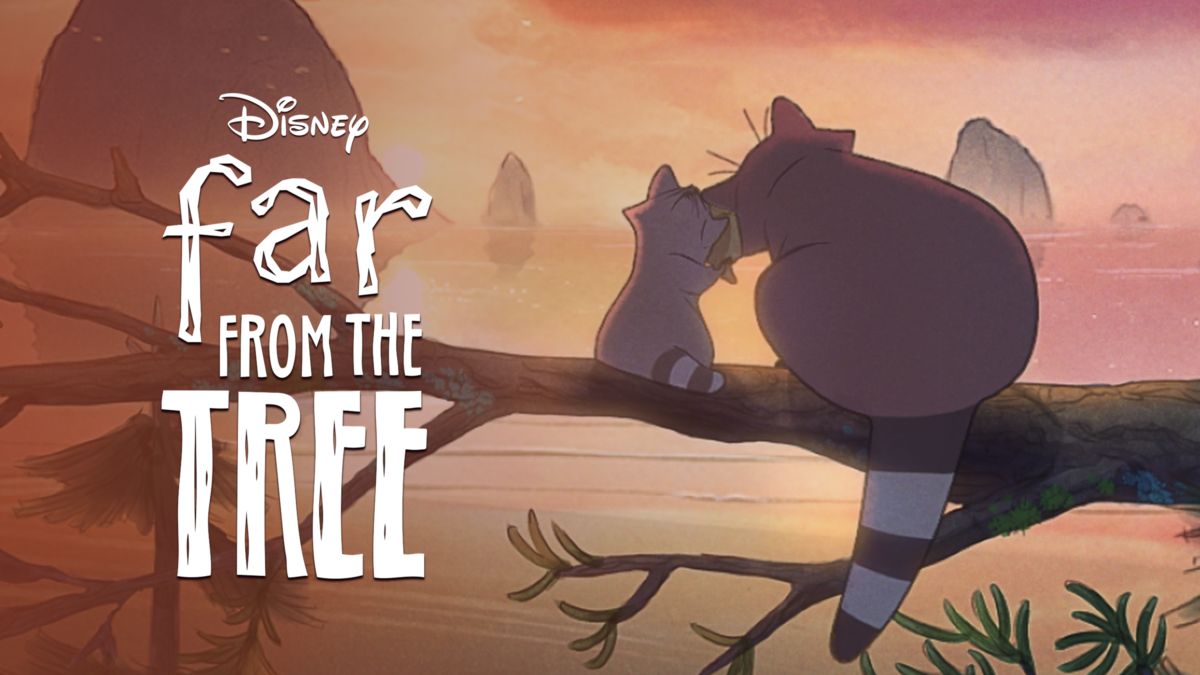 A raccoon continues to seek to have fun, but his mother must protect him from danger in the new short film added to Disney +, “Far From the Tree.” Over time this baby raccoon grows up and has a baby of its own and becomes the overprotective parent while his baby is just as curious as he was.

This short film is a great metaphor for the relationship between a parent and child and how, as the child grows up, they become more like their parents. I remember being the child mesmerized by the world around me. I wanted to go explore every new place I went, but my parents had to protect me from dangers and especially from myself. Now that I’m a parent, the roles are reversed. I have to protect my children from the dangers around them, especially my youngest child with special needs who understands much less well than he should at his age. Discipline is necessary and children do not understand that the parent is more afraid of losing them than anything else.

This short reminds me of a ’90s country music video for a song called “Little Rock” by Collin Raye. In the video, he shows a younger version of Collin watching his drunken dad yell at his mom, then get scared when his dad notices him. Next, an adult Collin is drunk and yells at his wife when he notices his son and remembers being scared. He then calms down and hugs his son and proceeds differently. While there are certainly a lot of differences as the raccoon is just trying to protect its child, there are some similarities as well. The original mother has a scar on her eye and we learn how she got it and why she is so strict with her child. Then, as the original baby grows up and becomes a parent, the raccoon scares its young with its protection and takes a new approach to explaining the dangers. It’s an evolution that is necessary for raccoons just as the evolution of Collin Raye’s character in the clip was necessary. Sometimes our parents’ methods no longer work and we have to learn to teach the same lessons in a different way.

This short film tells a great story using some of the more unlikely subjects available. It is a reminder to parents that you need to protect your children from harm, but that you may need to adapt the way you teach your children due to the changing world around them. At the same time, it’s a great lesson for kids to understand that when mom or dad is screaming it’s more because they are afraid of what could have happened to you that they are angry with you. I know I yelled at my children more out of fear of danger than out of anger at them for what they did. I think it’s a great short film for parents and kids to watch together.

What did you think of “Far From the Tree? “

Jeremy has been a huge Disney fan since growing up during the Disney Renaissance. One day, he hopes to go to all the Disney parks in the world.