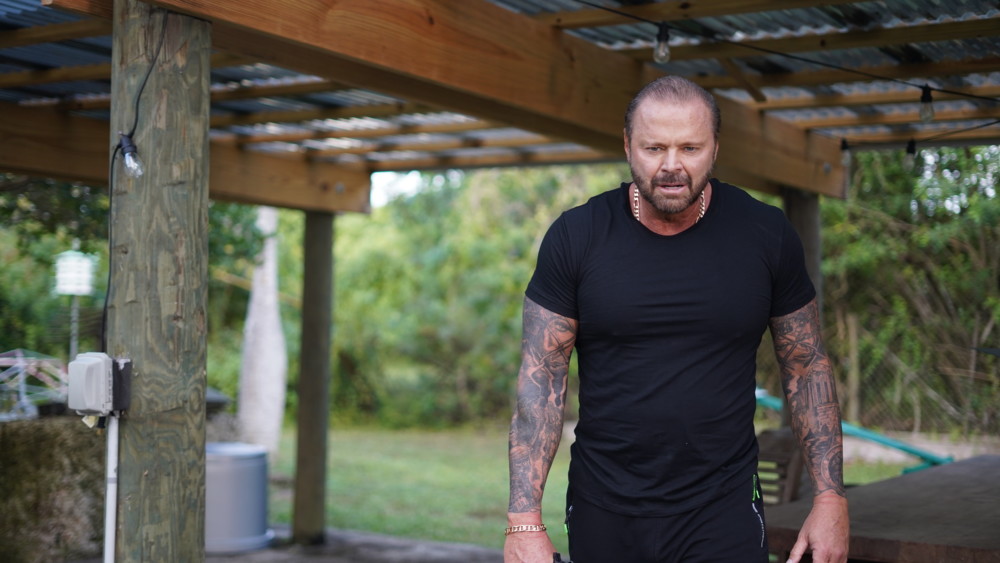 From the web to cinemas, “MobKing” is a name to be reckoned with

With a name like Mike White, one would assume he’s a pretty bland character, one that could blend into the background. But like so much that seems to be in the background, there’s a lot more to the story.

Rather than just a regular man, White is a “rehabilitated” mobster who has distinguished himself as a man of honor – a stand up guy.

But once released from a long prison sentence, he finds himself a target. Miami’s most notorious criminal organization wants him dead and silenced.

This has been the premise of both “MobKing” – the web series – and the recently wrapped film based on it. One of the main reasons why the MobKing online project has attracted millions of loyal followers around the world is the authenticity that its creator Ciro Dapagio has brought to the table.

A fascinating personality in his own right, the Miami native also spent his time in prison. A former member of the Florida organized crime network, he also served a considerable prison sentence for violating RICO. After his release, he pivoted, shaping a film and television career out of his life experiences.

As Dapagio explained, “Spending a lot of time in prison can greatly change your perspective on the course of your life and how you should live your life. There’s nothing cool about a life of crime. I wanted to do something in this life that my children could be proud of. I want to create a better second half of my life than the first half.

With that in mind, he teamed up with award-winning director Jorge “Jokes” Yanes who first worked on the web series The MobKing and later co-wrote and directed the film. Growing up as a first-generation Cuban-American in the dirty South of Miami, Yanes earned the nickname “Jokes” from his graffiti tag. Eventually he put the box down and started making movies. Following his breakthrough success as creative director of “The Roof”, a prime-time Latin urban music show on Telemundo’s MUN2, where he became the first to schedule Reggaeton on American television.

In the early 2000s, Yanes made videos for artists such as T-Pain, Plies, Mike Jones and Slim Thug. He directed one of YouTube’s first viral videos, “GroundHog Day” by Mayday Ft. Ceelo Vert. In 2009, Jokes won an Emmy for editing “Gabriel: Amor Immortal”, the first American-style miniseries made for Spanish television. Following his success on the music and television scene, Jokes turned to narrative cinema with the feature film “Eenie Meenie Miney Moe” (2013) which premiered at the Miami Film Festival and was distributed in the whole world. In 2013, Jokes began working with the Mark Wahlberg Youth Foundation to create philanthropic films on topics such as substance abuse. Since then he has directed and produced countless works for clients including HBO, Complex, Universal Music, Atlantic Records and Rolling Loud.

“MobKing” also features a mix of established names such as James Russo who was in “Donnie Brasco”. Russo turned into Dominick “Dom” Sasso, the Capo di Tutti Capi of South Florida’s Sasso crime family – a respected but ruthless leader, necessary when it comes to protecting the interests of his family.

The film also features heavily tattooed veteran actor Robert LaSardo – seen in numerous series such as ‘Burn Notice’ and films such as Clint Eastwood’s ‘The Mule’. And there’s Paul Borghese, a familiar face in mob films like Martin Scorsese’s “The Irishman.” Rounding out the cast are promising artists such as Stelio Savante (“Acre Beyond the Rye”), Antoni Corone (“Into the Night”), Elisabetta Fantone (“Big Eyes”), Bruce Soscia (“Gravesend”) and new faces like Oksana Lada, Artie Pasquale and Anthony Caliendo.

In order to realize his idea, Dapagio has teamed up with Krystal Harvey of Tiger Shark, Inc. who is a producer and represents Anthony Caliendo of MAINMAN Productions, Inc. as well as Ciro Dapagio Films, LLC. Caliendo is also an executive producer. Along with Caliendo, he formed Button Man Films, LLC for future film and television projects.

To elaborate on his evolution from ex-con to executive producer and creator, Dapagio spoke about turn his life around after several years in prison for RICO violations as a former member of organized crime in Florida.

Q: What have you learned from the success of the MobKing web series?

CD: What surprised me the most was how well the web series was received by viewers. Their incredible response is what generated millions of views and created an amazing fanbase for the MobKing brand. We had no expectations so its success is truly remarkable.

Q: What unique challenges did you face in turning the MobKing web series into a feature film – MobKing.

CD: Oddly enough, I didn’t see any challenges. In my opinion, the process was remarkably easy. It flowed naturally, from the storytelling to the production of it.

Q: Describe the Mike White character you play in both the web series and the movie.

CD: Mike is a tough-nosed family man. He’s not afraid to push buttons to pursue what he wants and needs to do in order to protect his family. He must dig deep and find the power within to maneuver through all the conflicting elements of his life and pull through.

Q: The authenticity you bring to these projects has created a buzz. This is largely because you are transparent about your past as a former organized crime participant from Florida where you spent a lot of time in jail for RICO violations.

CD: I’m transparent about this because I think it’s important for young people to realize that crime is a dead end. There is no easy money or quick money because its repercussions are tenfold. You find yourself broke, locked up and away from your family. And that’s if you even manage to survive the racket in the first place. So in the film, I understand organized crime well, which is difficult to do in films. In my opinion, the reason so many mob movies fail is their lack of authenticity. They all seem to be stuck in the “Soprano-esque” cliche mode of “I better get my money back.” In “MobKing” I put a completely different and original spin on a classic mob tale, based on things I may or may not have seen in my life.

Is Courtney Love’s manga series worth the detour?