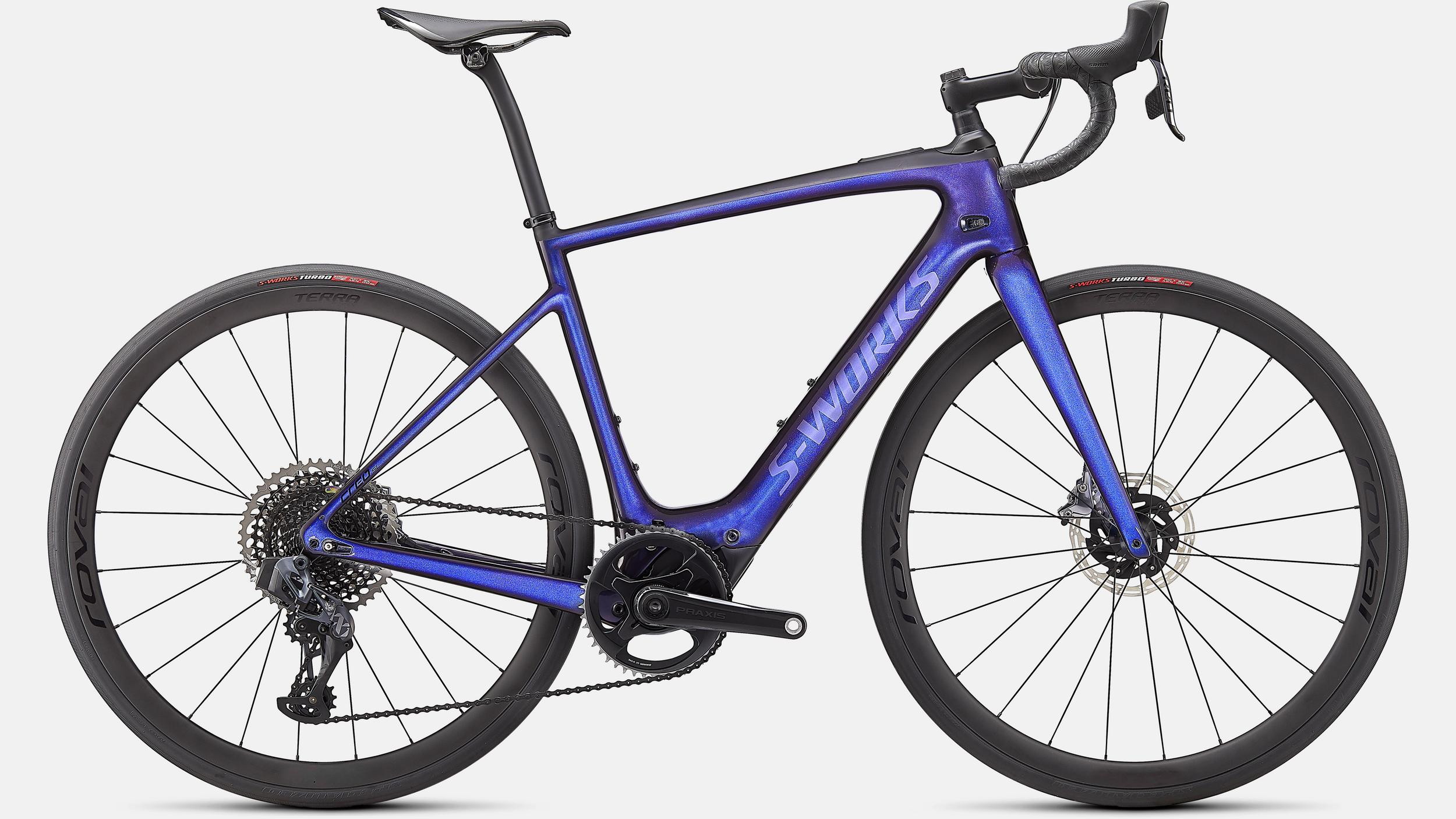 The machine in front of you is the Turbo Creo SL, a bike designed and manufactured by Specialized’s S-Works branch. While it may look like most other high performance road bikes, under its skin hides a powerful secret, it’s electric.

But beware, Specialized is a cycling team that has been around since 1974. Since then, this team has developed podium machines known for their peak performance, and the Creo SL is no different.

Flying is perhaps one of the thrills of this bike as it is designed to be the perfect road and gravel companion and even includes one of the biggest ranges I have seen on an electric bike from this style.

Take a good look at the images in the gallery, especially the frame. As you would expect from a machine of this price, the Creo SL frame is made of carbon fiber. Here, S-Works uses Fact 11r carbon with an open road geometry and internal cable routing.

Looking closely at the frame, the seatstays have been ditched, a feature typically found on CX bikes. However, due to its ability to provide a more enjoyable ride, we are seeing this style on more and more bikes. Another hidden feature is the ability of this bike to feature a dropper post with 50mm (1.97in) of travel. Perfect for those times when you have to deal with rougher roads.

Then there’s the Future Shock 2.0 damping feature that the SL hid in the head tube. With this feature in place, any rocks, roots or curbs you find yourself on are damped by hydraulic compression. You just have to keep vibrations to a minimum while affecting traction as little as possible.

Like any other electric bike, the Creo SL has a battery and motor system. Hidden and integrated in the down tube, S-Works mounted a battery with 320 Wh of juice. This is an internal SL1-320 pack, which is part of Specialized’s SL electric drivetrain. Admittedly, it may seem small, but coupled with the motor that I am about to present to you, these 320 watts will be able to transport you up to 130 km (81 mi). If you think that’s not enough for you, don a range extender and go for an additional 65 km (40.1 mi).

As for the motor for this expensive demon, S-Works completes the setup with an SL1.1 motor that delivers a maximum power of 240 watts and produces 35 Nm (25.8 lb-ft) of torque. While that might not seem like much, those 240 watts offer up to 100% assistance.

Now can you guess what kind of drivetrain you will find on this bike? For the price of a new car, you won’t find anything more than SRAM making an appearance with an XX1 Eagle AXS rear derailleur, XG-1295 Eagle 12-speed, 10-50T cassette and Red eTap wireless shifters. AXS. With an XX1 Eagle chain and Praxis carbon cranks, you might be wondering why this beast is so expensive. Brakes are also provided by SRAM, and again, RED eTap AXS will control your calipers.

Heck, pretty much everything on the Creo SL that can be completed from is carbon fiber. Everything from the handlebars, seatpost, seat rails and rims, all in carbon fiber. For tires, an S-Works Turbo Rapid Air 2BR package will maintain your grip on reality while helping to minimize vibration and shock, as if the carbon frame weren’t enough.

Finally, there is a bit of tech you need to know about. With a Smart Control feature, Creo SL’s Mission Control app allows you to set parameters and limits before driving, such as how far you want to go, how long or even how much battery you want to keep in. the tank at the end of your trip. From there, an algorithm will track your bike’s condition every 10 seconds, monitoring battery levels to give you what you’ve asked for.

Honestly, if the technology continues to evolve as it has been, it won’t be long before we start to see bikes that cost a lot more than the Turbo Creo SL. I wonder how many people actually bought one of these bikes.

The Incredible Journey of MODSi, the hitmaker “I’m broke” from Chi-town