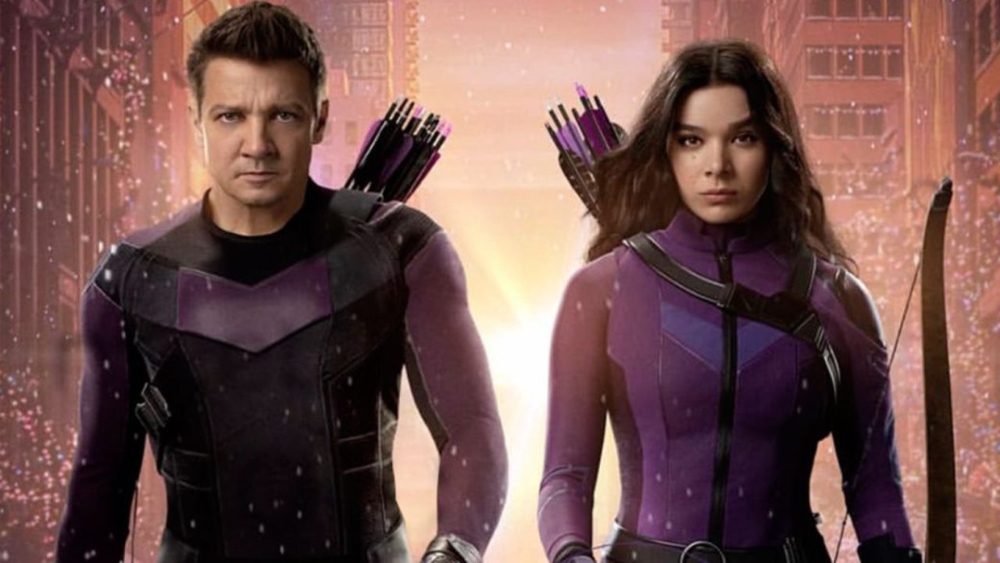 Late last year, Marvel released its fifth series, Hawk Eyewhich was a hit with critics and MCU fans alike. Jeremy Renner returned as the main character, a master archer and former Avenger, and the series took place a year after the events of Avengers: Endgame.

Created by the old Mad Men scribe Jonathan Igla and largely led by SNL veteran Rhys Thomas, Hawk Eye saw the superhero take on enemies from his past alongside fangirl Kate Bishop (Hailee Stanfield). The series had a slightly different tone than other MCU entries as the story was set during the December holiday season, which called for decorative lights and a more cheerful soundtrack.

under the line recently spoke with the show’s two composers, Christopher Beck and Michael Paraskevas, who explained how they decided to set their score apart from other superhero projects. Beck and Paraskevas are longtime collaborators who have previously teamed up with Marvel and composed music for holiday-themed movies, after working on Wanda Vision and Christmas Chronicles II. Their other credits include box office hits Frozen II and free guy. For this show, however, Paraskevas became co-composer, after many years of learning from Beck himself.

Read on to find out how they created the music for the much-loved Marvel series.

Below the line: how did you get involved in this product?

Christopher Beck: Good, [I did] Wanda Vision, the first out-of-the-gate series for Marvel. And of course Michael was involved as an additional composer. As we were finishing this one, Marvel reached out to me and told me about this one and that they wanted me involved. I have a very long relationship with Marvel, so it was an easy “yes”.

I knew very little [it] and I actually thought it would be a film noir type vibe and that would be reflected in the score. Over time, it turned out to be a Christmas comedy between friends! And it also felt like the perfect project to finally bring Michael in as a full collaborator, as a partner, after five years. I pitched this to Marvel, and they were very enthusiastic.

Michael Paraskevas: We did the Christmas thing and the Marvel thing, so merging the style was a lot of fun.

BTL: Having done Marvel and Christmas movies before, how did you give this project its own unique sound?

Beck: That’s a great question! For me, it was the incorporation of electronic elements. If you listen to the main theme of the Hawk Eye show, it has a processed bell sound. It has bell-like qualities, but it is most definitely synthetic and electronic in nature. This subtle electronic incorporation makes it more contemporary and introduces it to the Marvel universe.

Paraskevas: Okay, then we develop these synthetic bells throughout the score, and incorporate them more and more with subtle musical cues. There are even places where we’ve taken classic Christmas carols and rearranged them in a more contemporary way to serve as subtitles. That’s how we merged that fun and festive tone with the superhero tone. 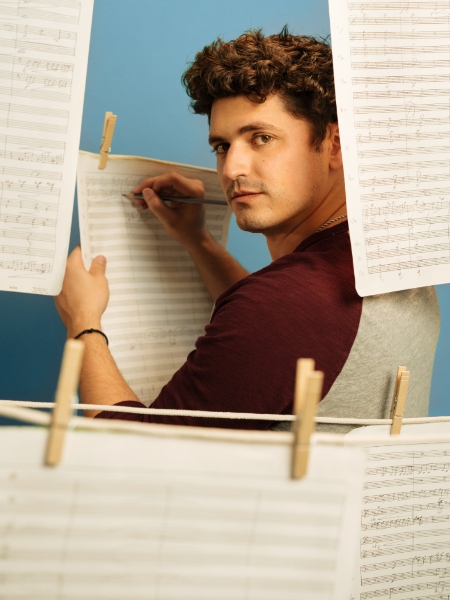 BTL: What were some of those Christmas tunes, for those who may not have recognized them?

Paraskeva: One arrangement we used a lot was “Carol of the Bells”, especially since Kate Bishop, our main heroine, is digging in. In the final episode, there is great tension built with Tchaikovsky’s “Dance of the Plum Fairies”, another classic and recognizable piece. It was fun to use those songs, adapt them, and bring out something new for the story.

beck: If I remember correctly, in this first episode, the filmmakers had already put “Carol of the Bells” as the score, the take for the score. And we were able to adapt it in a more creative, original way. After this first episode, we were looking for big sets that we could score with a classic Christmas theme on the back. And as Michael said, that last big twist in the episode leading up to the climactic fight, we saw it and said, “Maybe that’s where we can do something big. ” And this song is one of my favorite Christmas songs of all time.

BTL: How was your collaboration with the creators of the series? What ideas did they bring and which did you present?

Beck: As I mentioned, there was a little evolution as to what the sound of the score was going to be. At first it was going to be a darker tone, focused on Hawkeye, his desperation around the events of The Avengers, and the dark things he went through in his past. But the show, the story, and therefore the score have evolved into something much more playful, especially between Jeremy Renner and Hailee Steinfeld. And the idea that it would be a kind of “Christmas in New York”, we took it. Whenever there was an opportunity to sprinkle some Christmas magic, we did. Not just the grand sets we mentioned, but also the incorporation of classic Christmas textures into what was a more traditional type of Marvel superhero score.

Paraskevas: We came on board as they were going up. And it was fast because there were only six episodes. We started writing themes right before we received the image, then we adjusted as we dipped, and that’s when we started to change perspective, like the Chris said. We found what was organic to the story in the editing process.

beck: One of the things I love about this miniseries that Marvel is working on is that I had a sense of the whole story. In the beginning, like when I was working on buffy the vampire slayer, I was flying by the seat of my pants. They’ve been preparing one episode a week for a long time and I just had to improvise. Here, on the other hand, I know where it’s going, so I wasn’t surprised by a twist later on, and I was able to create a holistic musical universe.

Paraskevas: It’s almost like a feature film, with a long story to guide the music. 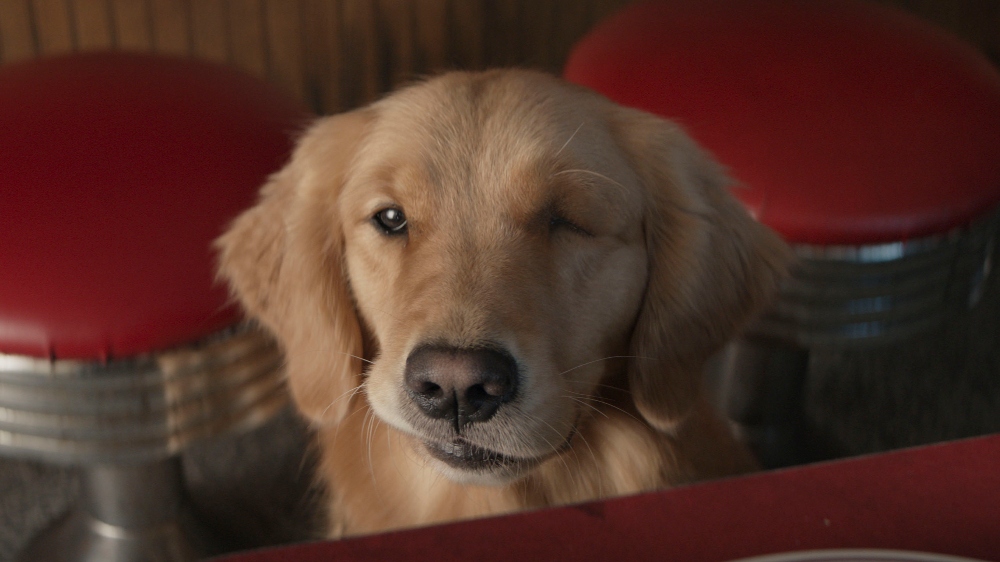 BTL: What is your collaboration model?

Beck: This was our first true 50-50 partnership. We started knowing that would be the case. We said, ‘Here are the six or eight themes we will need.’ The ones that enlightened me the most, I worked on them, then Michael on the other half. And then at the start of each episode, we would go through the whole episode to make sure they were working together.

Hawkeye’s main theme was mine and Kate’s was Michael’s. If we had a Hawkeye-centric moment, I would take the lead, and if it was Kate-centric, he would. But there is a lot of back and forth, especially signals being exchanged between the two of us. One of the things that’s nice about the way we’re set up technically is that it’s very easy for me to write a line that’s set up, say, three-quarters, and then pass it on to Michael. And it’s a very easy way to do it vice versa, and then I can take inspiration from his signal. It’s a lot of divide and conquer, but also a good dose of collaboration in both directions.

Paraskevas: It was a natural extension of our approach, of our many years of collaboration. I would put his themes in my computer, and I would work with them, I would play. It was very easy to pass it all back and forth.

beck: One of my favorite cases was when the sound cut out completely, because as you know some characters are deaf. We had a lot of discussions [about] what we would do musically and sonically in those moments. Michael took the bell themes and turned them upside down, [and] it created a surreal atmosphere, this heightened surreality. This was only possible thanks to our easy collaboration. 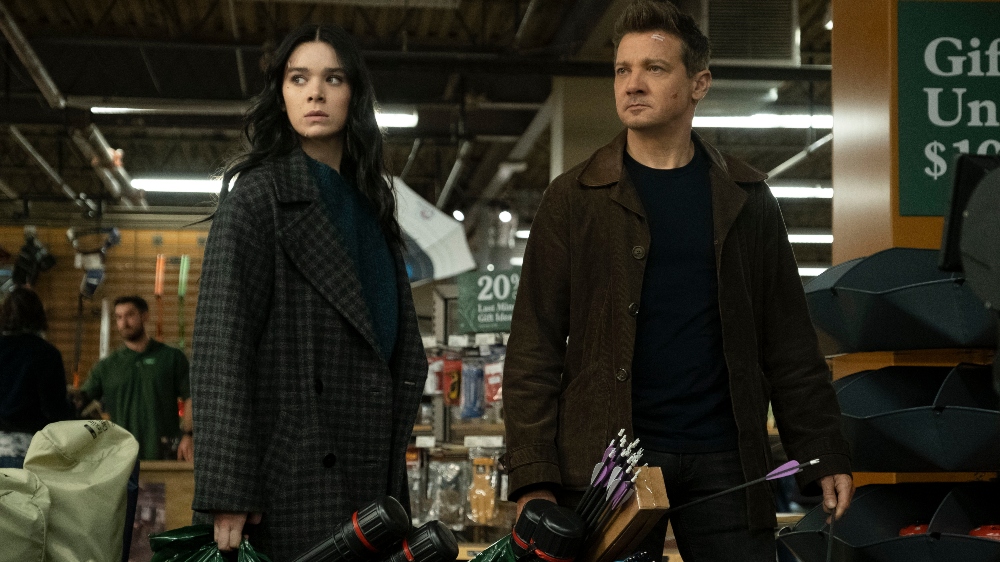 BTL: A particular instrument attracted you to this series?

Paraskeva: Well, the show has such a mix of styles. So many different instruments depending on the segment. The buddy cop had heist rhythm sections, the Christmas ones had bells and harps. Marvel superhero moments have [their] own tongue, with large fat brass.

beck: Distorted electric cello, which Michael invented for Hawkeye’s past, when he was “Ronin”. You get a dirty, dark texture that perfectly captures the time in his life when he was a ruthless vigilante, and how that now haunts him in a way that evokes regret. Taking the cello and making it the center of the Ronin theme was a great way to capture it.

BTL: What was your favorite theme from the show and why?

Beck: Very easy. The bold, heroic Hawkeye theme, because I wrote it. There’s a hint of darkness, and it’s always fun to write them.

Paraskevas: I loved that one, but I liked my theme for Kate. She has the same dark qualities, but she has a rebellious side. In fact, I really loved the theme of Maya Lopezthe character of the series, Echo. There was a cool mix of his humanity and his tragedy, with a flute. It really touched on this intimate story about the relationship with her father, but also when she’s in this badass mode, entering an electronic place. I found the theme very adaptable to all of its moments.

BTL: What’s next for you two?

Hawkeye is currently streaming on Disney+.