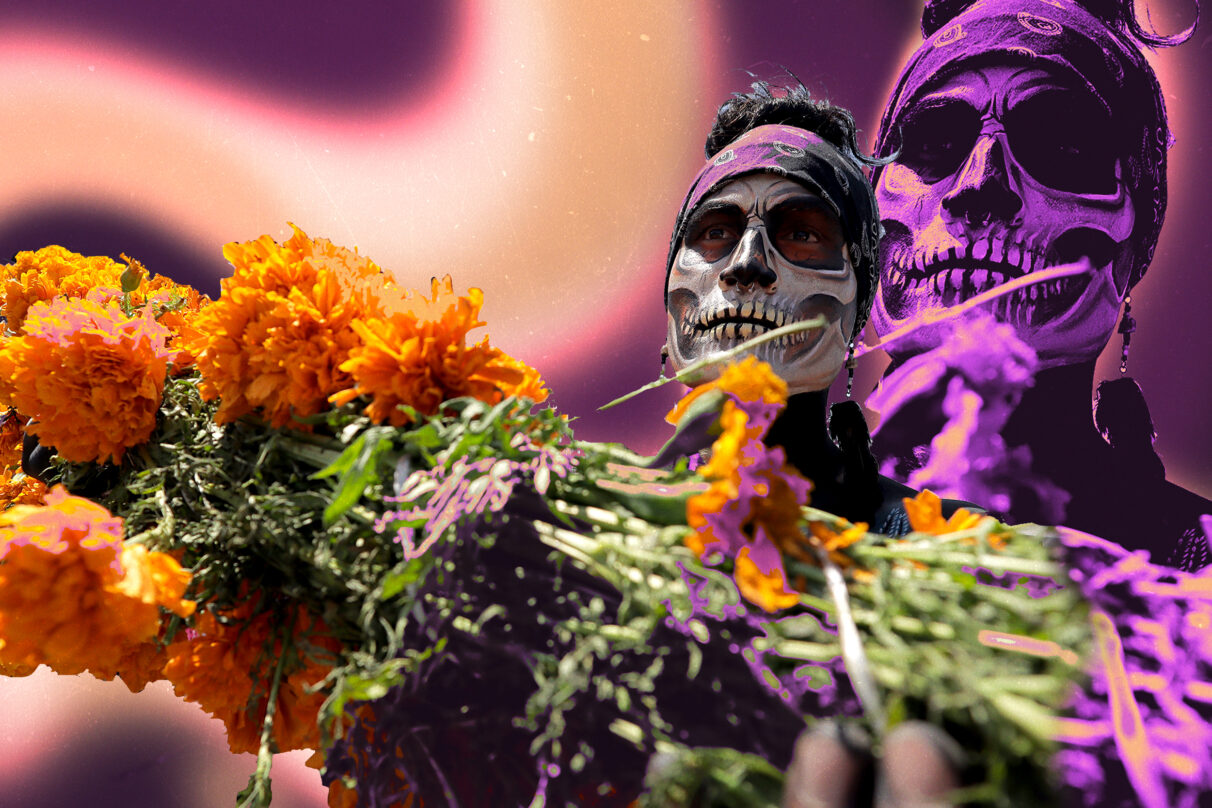 How can we protect Día de Muertos if we do not understand it ourselves?

About a month ago, I had the misfortune to find out that my MacBook’s built-in camera had officially failed. The cheapest solution, a $ 15 USB webcam that looked like a 2007 WIRED Staff Pick, led me to Target. And while I waited for the salesperson to pull my camera out from behind the order counter, I kept busy scanning the sales area until I came across something particularly intriguing: a Día de Muertos section. .

I will be honest. My first reaction was a mixture of fun, judgment and, frankly, authentic surprise. After all, I’ve always associated Target with the white suburbs, so seeing this cultural display felt a bit wrong to me. But I walked around nonetheless to inspect the small collection of festive decorations, which included items covered in calaveras and catrina designs, as well as various choices like a Selena Gomez vinyl. I laughed, dug, nodded in approval and finally made my way.

Still, I left the store feeling a bit put off by the display, and not necessarily in a negative sense. For many first-generation Mexican-Americans, like myself, or immigrants, seeing aspects of your culture gain in popularity can be a confusing experience. If you’ve struggled with feelings of otherness while assimilating into American society, perhaps seeing this could offer some relief or a conflicting sense of approval from your community. And then there’s the other side of you harboring feelings of dread. Throughout your life, your heritage has been a defining pillar of who you are, and seeing it reduced to a commodity, or reinterpreted for the American consumer, can be overwhelming.

But before members of our community take the defensive against the commercialization of Día de Muertos, we should also ask ourselves if this holiday has ever been reinterpreted, or rather misinterpreted, before? And are we the original authors?

Target isn’t the first or only retailer to offer Día de Muertos products, and the holiday mainstream exposure isn’t an overnight event either. Other retail giants like Walmart and Party City have their own selections of themed party supplies, decorations, and t-shirts to appeal to Latino consumers. Blockbuster movies like coco and Spectrum were also instrumental in creating a place for the holidays, the latter even inspiring an actual parade in Mexico City that had only existed fictitiously in the Bond movie. Arguably these moments are part of the next chapter of Día de Muertos as its festivities evolve alongside its new, larger audience. Traditions originating in central Mexico are now reinterpreted by Mexican-Americans, Chicanos and even those who marry with the culture and pass it on to the next generation. Evolution, change and cultural mixing have always been and continue to be at the heart of the essence of Día de Muertos.

But to better unpack this moment, it is important to observe the holidays as a product of syncretism. When different cultures and religions are merged to create something new, the end results are always subject to debate or reinterpretation. One can quickly think of the forced imposition of faith and societal structures during the era of European colonization, but syncretism still occurs to varying degrees today. Whether it is human migration, the assimilation of immigrant communities abroad, or the massive proliferation of information on the internet, we have all witnessed a cultural crossbreeding in some way. another one.

Mexico and its rich heritage are in many ways the product of syncretism and ideological clashes that have resulted in cultural changes. It was Spain and the Catholic Church that were committing atrocities against indigenous peoples. It was Benito Juárez against conservative imperialism or the ideas of Zapatism challenging the powerful grip of the Porfiriato. These conflicts and ideological crossroads are at the origin of the (often tragic) origins of Mexican culture and identity. Día de Muertos is just one of those historic by-products.

Today, the holiday is revered around the world for its colorful festivities and beautiful vision of death, with much of its traditional artwork now seen as synonymous with Mexican aesthetics. But this typically Mexican tradition has origins still unknown to those who celebrate it.

“But this uniquely Mexican tradition has origins that are still ignored by those who celebrate it. “

Over time, the tale of the holiday erased any mentions of the soul’s journey to Chicunamictlán, the land of the Aztecs’ dead. We forgot how our ofrendas evolved from the offerings of our native ancestors to loved ones as they passed through the Nine Levels of the Hereafter, or how our use of copal incense and the presence of the four natural elements are all contributions from our roots indigenous. We have forgotten how the Reform War of 1860, with its separation of Church and State, helped fuel the secularization de Día de Muertos and established it as a national tradition with vague ties to Catholic or Nahua origins.

We need to dig deeper than the surface aesthetic and ask ourselves how this holiday represents the complicated story of Mexican identity. Mexican identity has always been a standoff between European and indigenous origins, but today’s Mexican shouldn’t have to choose. We must accept our past, understand that we have been wronged but also that we too have committed cultural erasures or atrocities against certain communities. Fueling nationalism with a focus on Indigenous culture is not the band-aid that will heal our mistakes, as these communities are more than their art, music and dance. They are entire economies, generations of families, language groups and systematically oppressed people. As we continue to see Mexican culture spread around the world, we need to ask ourselves if we really know who we are before we claim to be exploited or appropriate.

That’s not to say that large retailers or US corporations perfectly capture our heritage in their marketing campaigns and merchandise. There is work to be done. We still need to voice our concerns, condemn ownership and play a concrete role in how our community will leave a mark on the cultural fabric of this country for generations to come.

The conversation about whether our culture is becoming too American, too Chicano, too indigenous, or too European will never give us the sense of security we seek while trying to protect our national heritage, mainly because the Mexican experience is too diverse to be satisfied with a single story. We can only continue to do what Mexicans have always done best: to create something beautiful out of new circumstances.