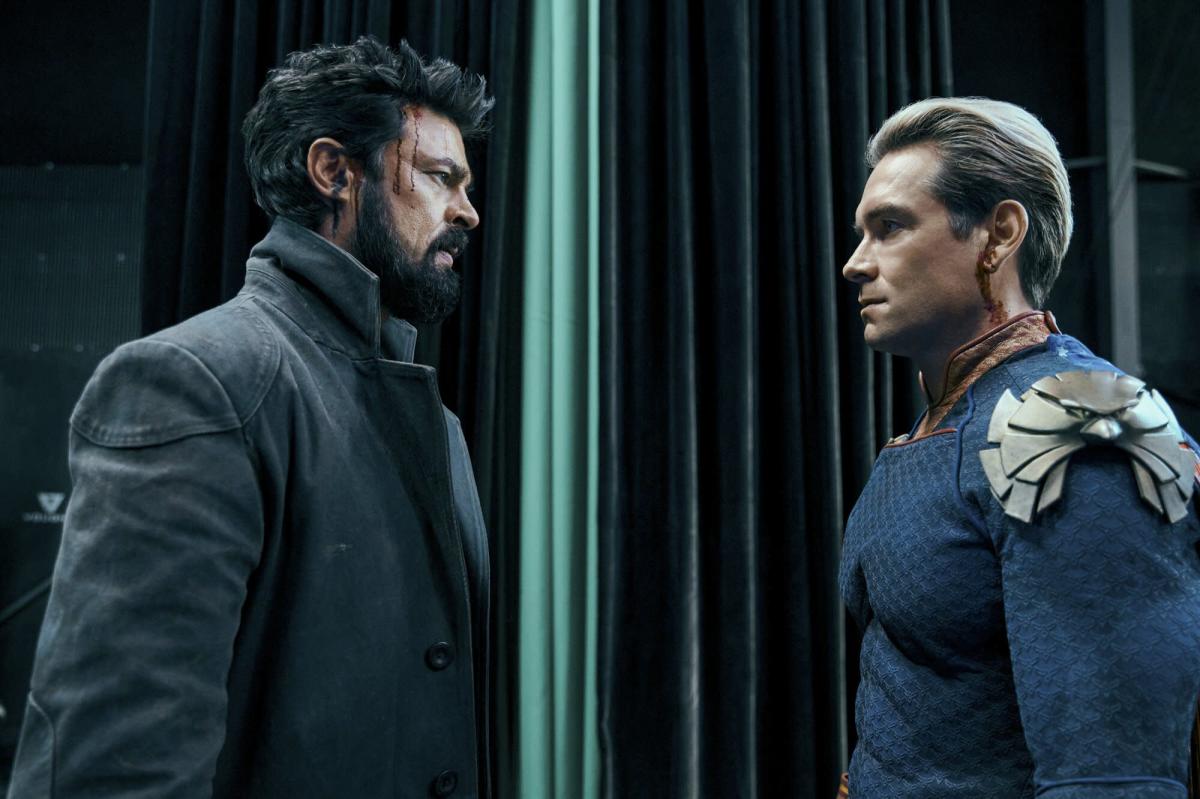 Warning: this article contains spoilers from The boys Season 3 finale.

The last shot of The boys season 3 is a close-up of Ryan smiling. It’s the context that makes it chilling.

Homelander (Antony Starr) surprised everyone in the final battle by bringing out his son, played by big little lies actor Cameron Crovetti. He hoped to instill a family feeling in Soldier Boy (Jensen Ackles) with three generations of the same bloodline standing in the same room. Things didn’t work out, but once the chaos subsided, Ryan decided to go with Homelander instead of Butcher (Karl Urban).

That brings us to this smiling frame. Homelander introduces Ryan as his own flesh and blood to a group of his alt-right (or rather, alt-supe) supporters when a protester throws a pop in his face. Homelander, who doesn’t give a damn, assassinates him in cold blood with laser vision. And his bigoted supporters cheer the death of what they might call a liberal snowflake. Ryan, looking at his father and seeing the joy he brought to these people, smiled.

Butcher gave Ryan a rule: “Don’t be a c—.” Will Ryan now grow up to be as horrible as his father? Will Butcher potentially have to fight Becca’s son, whom he has cared for since her death? Showrunner Eric Kripke says the child’s fate has not been decided.

“So many finales are like pilots for the next season, and we really wanted to set up this battle for Ryan’s soul,” Kripke told EW in an interview. “I don’t think the game is over yet. I think [Ryan] I saw this thing and I think we should all be scared because if he becomes another Homelander it’s obviously very bad for the planet. But he’s still Becca’s child and there’s still a chance Butcher could pull him into the light.”

Butcher doesn’t have much time to do this. The Season 3 finale revealed that all of his manipulations with Temp-V had made him sick and he potentially only had a few months to live, unbeknownst to his teammates at this time.

“I think one of the concerns in Season 4 will really be this showdown against Ryan, because both men are really trying to get it under control,” Kripke continues. “So I think, if anything, we’re just hinting at the danger of what would happen if Butcher lost this fight.”

Amazon Premier The Season 3 finale of “The Boys” sets up what showrunner Eric Kripke calls a “battle for Ryan’s soul” in Season 4.

Kripke and his cast also dive into some of the other big moments from the Season 3 finale in EW’s latest episode. On the traythe video series that accompanies the production of each episode of The boys this season. This includes what happens to Black Noir (Nathan Mitchell) and Soldier Boy in the latest episode, as well as the shining moment for Starlight.

Erin Moriarty’s character is able to absorb so much energy in the final fight scene after Hughie (Jack Quaid) turns on the electric lights she is able to both fly and fire an explosion that knocks Soldier Boy on his butt.

“I just thought it was so cool that we were going through this huge issue as a couple, which is to find out that he feels emasculated by my power…and the major implication of that moment is that not only did he come to his senses, but I think he realized that he finally wanted to empower me and he was momentarily triggered,” Moriarty explains. “But what’s cool is that he saves me, first of all, what he wanted to do, by not taking Temp-V but by doing what he’s good at, which is say working with electronics.”

Register for Free daily newsletter from Entertainment Weekly to get the latest TV news, exclusive first looks, recaps, reviews, interviews with your favorite stars, and more.