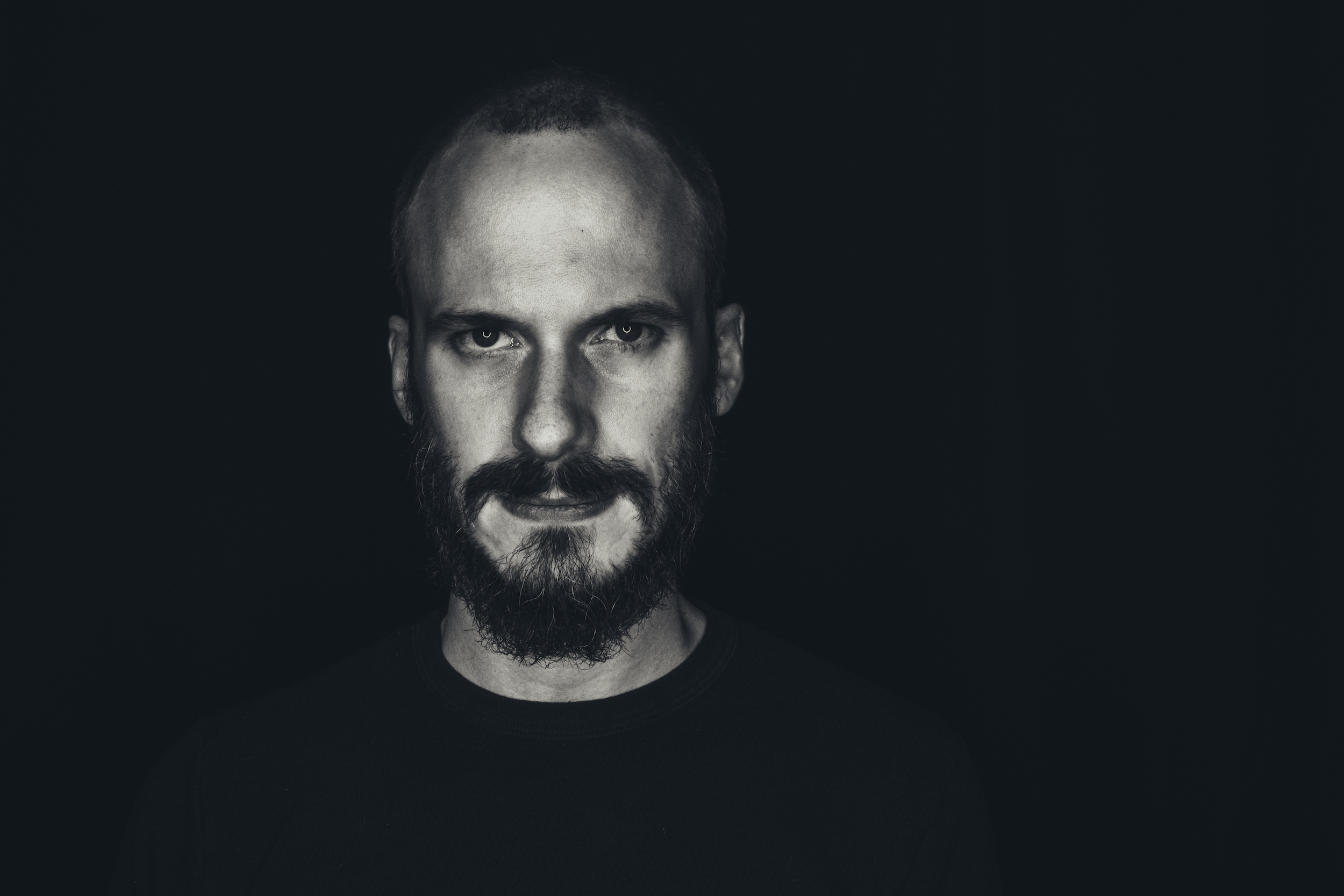 Changing sounds rarely seems autobiographical. But for Liam Neighbours, aka ALN, the man behind Portland’s blackened doom band Mizmor (often written as מזמור, the Hebrew word for “psalm”), it is. While not a strict, sober play-by-play of his life, Mizmor has largely been a man’s journey of losing his faith. Albums like 2016 Yod and 2019 carine reflect this conflict through heavy black metal rendered across Doom’s greatest staves. They seemed hymnal, but not reverent, quite appropriate for someone struggling to leave behind God and their former God-shrouded life.

His latest EP End of the roll, which was released last Friday on Gilead Media, does not represent a conclusion to its journey, but a very different point from where it began. For one thing, his belief, the thing he spent questioning, is gone. Thus, he goes further in his anger. Black metal has taken a back seat, letting doom dominate the title track, a track of howling frustrations. His riffs are those rocks that take universes of energy to push an inch, a representation of how he feels about the world outside of him.

The second half of the record, “Pareidolia”, is an ambient track that avoids metal altogether – there are ominous messages recorded in reverse where discerning them is difficult and not at all relevant. There is as much sense of loss as in the title track, and in all of Mizmor’s work, something you can feel without text. Loss and destruction, however, only fueled its growth.

Read our interview with ALN below.

SPIN: Where does End of the roll stand in Mizmor’s journey?
Liam’s “ALN” neighbors: End of the roll marks a change of perspective for me as an artist. I feel less obligated to write about myself and more obligated to write about humanity as a whole. I’ve spent a lot of time using Mizmor to resolve personal issues, largely my loss of faith in God and my becoming an atheist. This process took time and music was crucial in my growth and healing. I no longer feel the need to dwell on this subject and I find that my thoughts and emotions are influenced by society. My experience with changing my worldview is just one example of a larger story: humanity driven by ideas, and not all ideas are equally true or valuable to our species.

Normally I try to ask about everything except the pandemic. But you’ve been open saying this record has been heavily shaped by the pandemic – how’s that going here?
All the kindling was already piled up, the pandemic was just the spark that ignited the fire. Over the past five years or so, I have seen us become more and more radicalized by ideas and therefore more polarized with respect to each other. In my opinion, the Internet and social media have contributed enormously to this evolution, because they have changed the way we absorb and exchange information.

Everyone is increasingly locked in an algorithmic echo chamber of like-minded people, whether knowingly or unknowingly. We live in a fractured reality where facts have become opinions and trust in all institutions has eroded. The pandemic has brought all of this to the forefront of much public awareness, as people’s differences of opinion have become so glaring and significant that families, friends and governments have been torn apart. I don’t think the internet or social media is inherently bad or anything, but I do think it’s important to approach information with critical thought processes to verify the truth.

At one level, End of the roll is a reaction to the growing tendency (or even eagerness) in our society to embrace and spread misinformation, misinformation, cultism, conspiracy theories and superstition. It’s an extension of my frustration with dogmatic faith-based thinking and the rejection of science as our best method of attaining knowledge and making accurate predictions.

In the title track, you completely immersed yourself in doom, losing black metal almost entirely. Does this signal where Mizmor is going?
I just let the music come out as it wants. Although fierce, the mood of the song is largely depressive and contemplative, and a creeping funeral song is just what happened. There is definitely still black metal in the future of Mizmor.

You recorded the introductory spoken word segment yourself, even though it looks like a sample. It reminded me of two sample-heavy tracks – “Rehumanize” from Neurosis and “Sanctity” from Dystopia, the weariness of the latter in particular. What inspired this particular segment?
I wanted to include the eerie emotional quality of a sample above the eerie, clean section at the start of the song. However, I didn’t want to run the risk of copyright infringement and also had a very specific idea in mind for the content of the words. The solution was to create my own sample. I basically performed the words as an actor, trying to convey the emotion in my voice. Then I manipulated the recording by running it to tape and playing with my recording software. I did this to disguise my voice a bit and give it that creepy old fashioned sample quality.

What happened in the ambient direction of “Pareidolia?” Was it shaped by the collaboration of Andrew Black Dialetheia since last year?
I’ve been listening to a lot of ambient music lately – sometimes more than metal. I’ve loved it for a long time but never saw it as a means of personal expression until working with Andrew. Our Scrapbook Dialetheia definitely influenced how I approached my own music for this album, from using tape for modulation to becoming more comfortable with songwriting without drums. There have always been hints of ambient in Mizmor’s music via drones and atmospheric segments, but I’ve never been completely ambient like I did with “Pareidolia.” After going through a track like “Wit’s End”, it seemed appropriate to take the listener into a whole different realm, swirling with illusion and madness, yet surprisingly sweet and soothing.

There are these ghostly, disembodied voices around the nine minutes of “Pareidolia”. Looks like they are played backwards. What are they saying?
“Pareidolia” is derived from a very old song I wrote (11 years old). Before writing and recording Mizmor’s debut album (2012), I composed a handful of original anthems in a dark, neo-folk style. These songs were made just when I lost my faith. The songs were songs of worship, as sour and painful as they were. For “Pareidolia” I took one of those songs, stretched it in time, reversed it and affected/modulated it into a new song. One of the reasons was that I just liked the way it sounded. Another reason was to keep telling my story without revealing this song, because it’s a little too personal for that. I think it serves as a powerful example of the kind of thinking that “Wit’s End” opposes. I’ve literally been there before – I’ve been a superstitious person who misattributes meaning to meaningless things, caught up in the narrative of God’s purpose for my life. For the curious, the lyrics accompany the disc. You will however have to play them in a mirror as they are reversed, like the audio. Audio enthusiasts can also have fun reversing the song and hearing a ghost of the original track.

Cairn and Yod Were these large-scale works that were emotionally taxing – Wit’s End still has plenty of that, but was it necessary to scale it down?
I did not scale intentionally End of the roll return. For me, it’s hard to categorize the output. Is it a complete double album like Cairn and Yod? No. Is it an EP? Maybe, but it’s still 30 minutes and fills a 12 inch record. That’s kinda what it is, haha. I think it’s an interesting sonic offering that pushes the evolution of my sound and will guide people until I release another hour-long record. After all, it’s fun to get weird sometimes.

Richard Walker is a master of melancholy – his band Warning laid upon fate a whole new level of emotional devastation, and its wounded majesty and vulnerability have since inspired many groundbreaking acts of doom. (Seriously, if you’ve never heard “Footsteps,” this song WILL DESTROY you.) 40 Watt Sun first started out as a continuation of Warning, but on their third album, Walker places his voice and endless heartbreak firmly in place. in the center, with sparse, mainly acoustic instrumentation. In a softer vessel, his desire only grows, his soul more haunted.

Belgian black metal trio Wiegedood, made up of Oathbreaker members Wim Sreppoc (drums) and Gilles Demolder (guitar), return even more frenetically on their fourth album. The first track “FN SCAR 16” in particular is a constant escalation and de-escalation, with anxious tremolos leading to those extremes.

Celestial – “The Charcoal Black Heart” (from Killer(s), out January 28 on Nuclear Blast)

The French Celeste have long awaited wider recognition for their furious and dense black hardcore, and by hurting themselves with Nuclear Blast for their sixth album Killer(s), some of them will hopefully come their way. “Le Coeur Noir Charbon” is another stunning track, with a doom middle that wouldn’t be out of place on Paradise. The Gothic of Lost.

After all that earnestness to ring in the new year, how about something a little more silly? Hailing from Germany, Polterwytch’s debut band is super lo-fi black metal dominated by a spooky, chintzy organ that blurs the line between carnival and funeral. “Turboorgel” borders on d-beat circus, and your friends in garage rock might actually dig “Skulls at the Door.”

HER talks about her evolution as a woman: “I decided to be just HER”