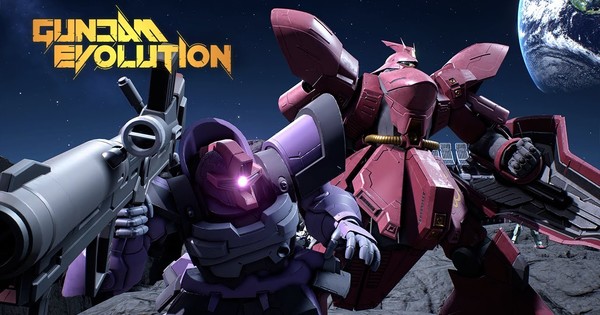 At Anime Expo 2022, we were invited to meet the creators of the upcoming game Gundam Evolution, which will be released for free on PC and various consoles this year. There have been many video games related to Mobile Suit Gundam franchise, from emulations of film and television works like Char Counterattack and Gundam versus. Zeta Gundamat hack-n-slash action festivals like Dynasty Warriors Gundam. New Gundam Evolution the game will go in a new direction that hasn’t been tried before, as producer Kazuya Maruyama and battle director Ryota Hogaki from bandai namco online elaborated.

Hello to both of you. Can you introduce yourself to the readers?

Ryota Hogaki: I am the battle director for Gundam Evolution. I balance characters and applications for the game.

How did you get into game programming?

Maruyama: None of us work on the game. I was the assistant producer on various titles before I got this one as the head producer who determines if anything is needed, if we need to hire more technicians and do more promotional work.

Hogaki: I was a new graduate at bandai namco online and came to work on different projects before Gundam Evolution. As battle director, I take care of everything related to how the characters work in the game. The maps are balanced for the players. I make sure everything is working.

You’ve blogged about your game’s developments. What’s been the biggest takeaway when you look at how far you’ve come? What were the biggest challenges?

Maruyama: Unlike the past Gundam games, this one is created for an international market, not Japan primarily. North America, Asia, EU, whatever. It is the very first, more expansive with a larger scale. It’s made for the non-Gundam fans and Gundam fans alike. So we had to balance the appeal of both.

Hogaki: When creating a first person shooter, animation skills are always challenging from a game design perspective. When a player hits a target, we need to make them feel like they should. We need to make sure the player feels the impact and hears the sounds.

You organized closed network tests where people could play your game. What feedback stood out to you the most?

Maruyama: We had some console testing recently. We are still analyzing comments on this subject. We learned a few things from PC testing.

Hogaki: Two things stood out. We first had to work on the balance of the characters. It was the first time that we had a large number of players. We extrapolated data and found, for example, that sometimes a character could be really good and dominate against newbies, but not so well against higher ranked characters. We’re going through the data with the planners and analytics team to make sure the game is balanced on release. Second, in-game communication was lacking. It can be played as a 6v6 game. Players themselves have developed different ways to communicate, but our game only has one way to communicate. One thing commonly noted was that a location pin was not in the PC version. Fans asked for it afterwards.

What is the appeal for a solo player to try out a 6v6 game?

Maruyama: In other shooters similar to this game, the role aspect usually causes a solo player to be assigned to certain roles. As in fantasy games, a player is designated as a healer, shield bearer, warrior, etc. If you have too much of one character type, things can go wrong in battle and it’s not as competitive or fun. You can play this game with any mobile suit or character you want without any restrictions.

Did you choose any Gundam characters or shows to imitate?

What were your favorites Gundam drawings and characters when you were growing up?

Maruyama: Me, five years old, I watched [the original] Mobile Suit Gundam. My favorite costume was the Guf. I really liked Ranba Ral.

Hogaki: I grew up in elementary school watching shows like Gundam Seed. freedom to strike Gundam costume was the most memorable from my childhood. As for the characters, I liked Stella or Luna Maria.

Gundam Evolution comes out this year. As we wrap things up, what are the things you want fans to look forward to most from this game?

Maruyama: Gundam Evolution will be free to play. It is a cross-platform game for different regions and all ages. It will be a very skill-based team game. I hope the fans will improve in FPS games.

Hogaki: I have similar thoughts to Maruyama-san. Hope fans want to play with friends and fall asleep playing this game and wake up with it. In the spirit of competition, I want people to play against each other a lot.

Thanks for your time, gentlemen.

Drawing on the heritage of the Panamanian romantic style, Boza is one to watch