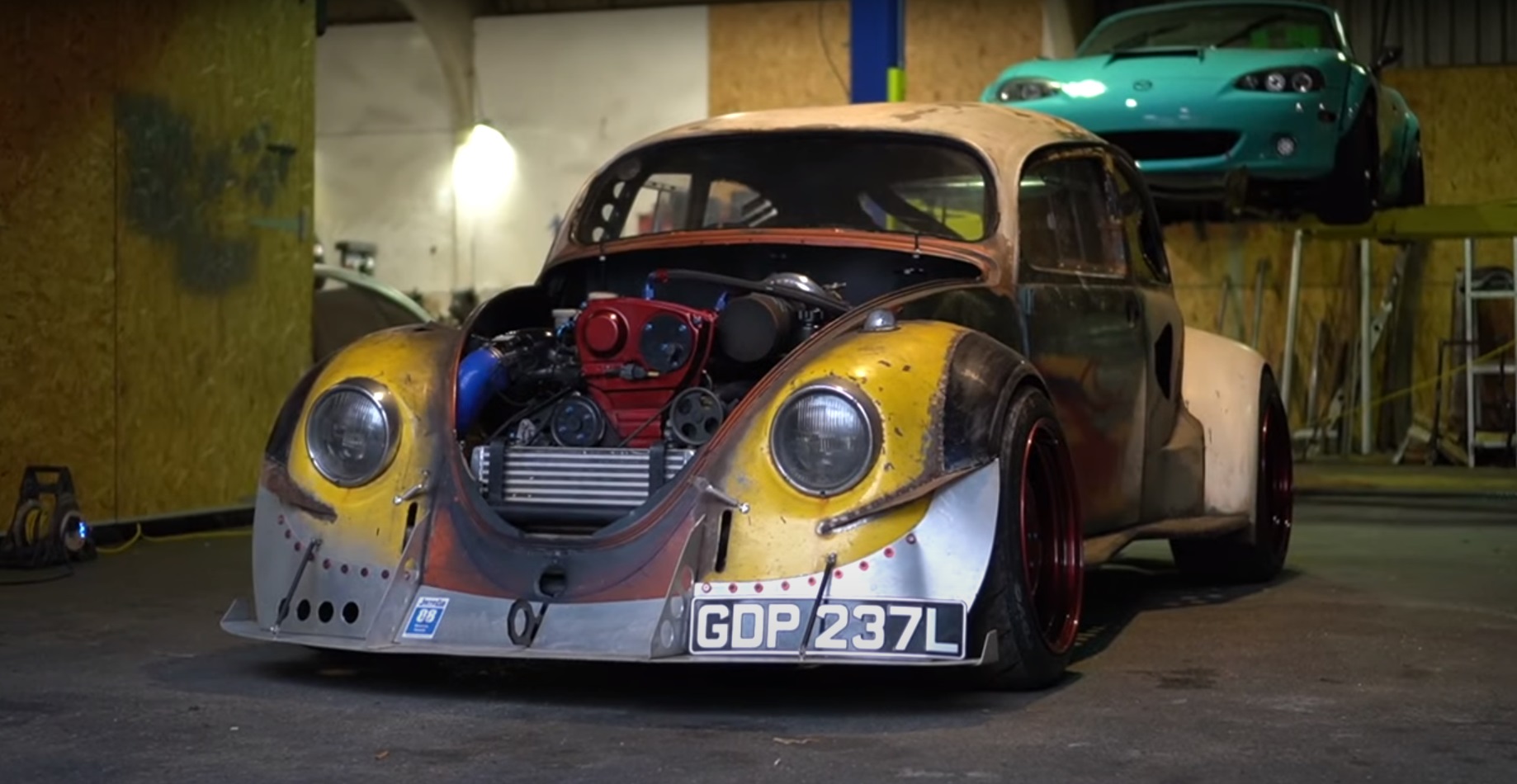 By Ruth S. Reyes Last updated Nov 2, 2021
0
Share
Matt can. He’s the man behind this build, and his dedication to the project is worthy of all the appreciation you can spare. It took him six years to get there, and during those years he even had to learn TIG welding just to be able to build the roll bar himself.

It might sound like a control freak or something, not trusting anyone else with their car. In reality, the explanation is much simpler than that: he just lacks the financial resources to have the car built for himself by someone else. Along the way, however, we suspect he started to enjoy the idea of ​​doing it all himself, so it became more of a challenge than a necessity.

Like so many other great things, this car too was born by chance. Matt, the owner, got kicked out of a garage he was renting, and since trailer services are expensive (not everyone has friends with a truck and trailer in the UK), he glued the body of the Beetle (his very first car) to the top of a BMW E36 chassis (his first drift car). And it just clicked.

No, not the body and the chassis – those two needed a lot more conviction before they became one unit – but the idea in his head did. It took six years to get to where we are now, and we think you’ll agree that a lot of people seeing this car will think it’s far from over.

Indeed, at least from an aesthetic point of view, it looks exactly like it really is: a collection of parts from different cars. So it has the chassis of a BMW E36, the bodywork of several (at least two) Volkswagen Beetles, the limited slip differential of a BMW M3 and, perhaps most importantly, the engine and transmission of a Nissan GT-R.

As for the result, it is a car weighing about a ton (or 2,200 pounds) with a turbocharged inline six capable of developing up to 510 horsepower behind the wheel. Considering that all of the vehicles that make up this Frankensteinian creation feature rear-wheel drive architecture, it’s no surprise that Matt’s drive also sends all that power to the rear wheels only. It is, after all, a drift car at heart.

Matt and his RB25-powered BMW Beetle are guests on UK Motor Addicts YouTube channel, though we think we might be seeing more of this pair now that construction is complete – well, at least the mechanical part. After the mandatory static presentation – it’s vastly more captivating than what we usually get with clean, professional customs – it’s time for Matt and channel host Owen to take a ride.

The moment they come out – well, drift all over the place, more like that – it’s immediately clear that this isn’t going to be an ordinary experience. Not for Owen, a man acclimatized to speed, but not necessarily adrift, and not everyone on the road that day. You only have to look at the poor Land Rover driver they meet for the first time and imagine what he must have been thinking. Probably something involving “kids” and “nowadays”.

“It’s predictable, you know exactly how it’s going to work”, Owen said, right after Matt did some crazy steering maneuvering to keep the E36 Beetle Skyline straight on wet and slippery UK roads. “Yeah,” Matt says, and, after a very short pause, adds: “It always scares me every time.” He wasn’t kidding.

Do you know how YouTube auto-generated subtitles can mess things up very easily? Well, as of today, the functionality has earned our eternal respect because, during one of the Beetle passes where it knocked the RB25 into oblivion, the caption said “[Music]It can sometimes be hard to distinguish between ‘pink tutu’ and ‘stink’ but he knows how to appreciate and describe a beautiful sounding engine, and that’s all that matters in our book.