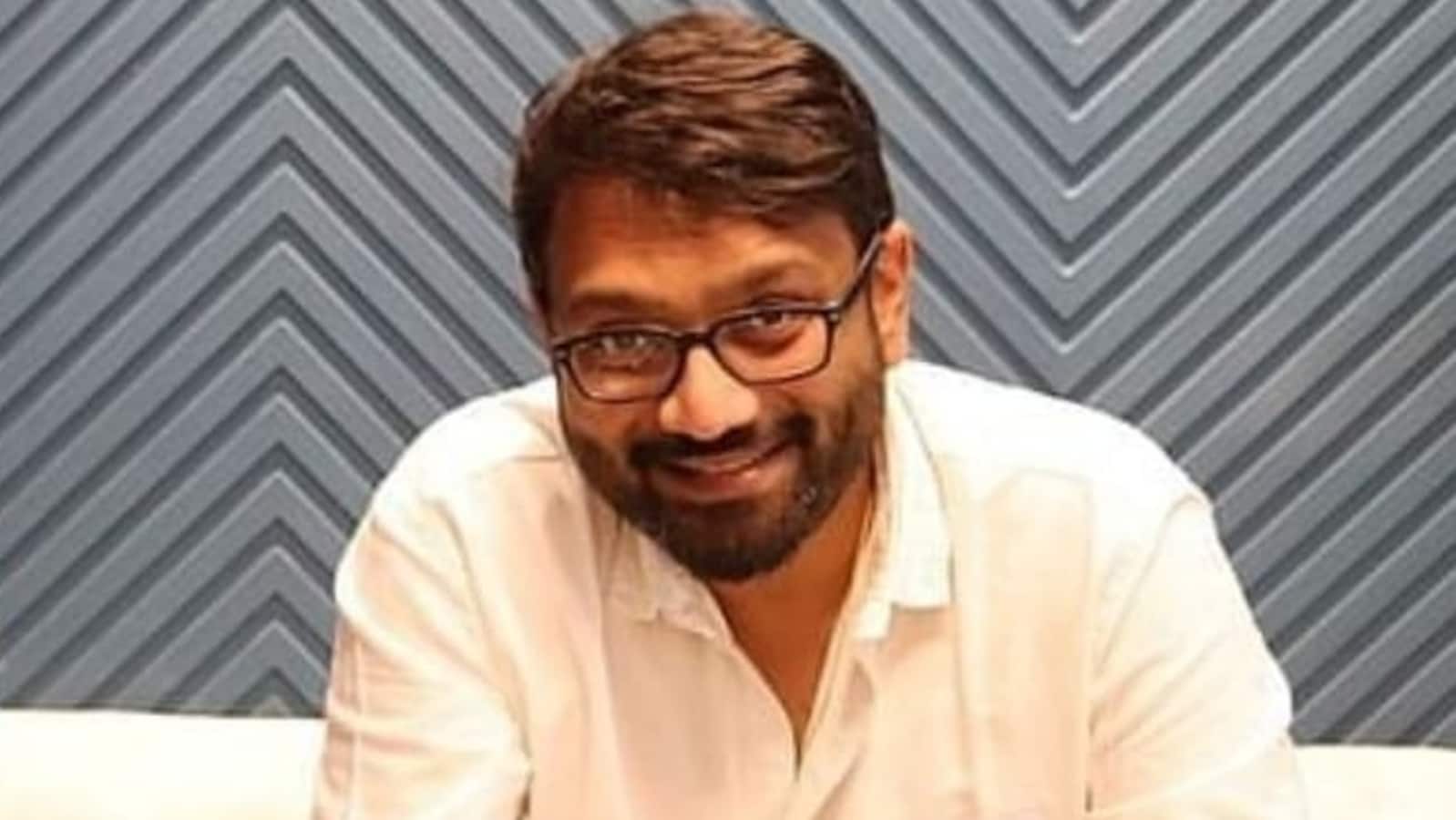 Over the past few months, the Koo social media platform has seen tremendous growth in India, driven by the multilingual support it offers and the impetus received by the Indian government.

Koo’s user base hit around 15 million in October, with five million users added in the last quarter.

In an exclusive conversation with hindustantimes.com, its founder and CEO Aprameya Radhakrishna talks about the idea behind starting Koo, his background and future plans.

Here is the full interview:

Q. What was the intention of creating Koo? And did he succeed in achieving the intended objective? Take us through the journey.

Aprameya Radhakrishna: The idea for Koo came to us as we were developing our first product – Vokal – which is a question-and-answer platform for native speakers. Several Vokal users would express their keen interest in sharing their free thoughts, in addition to answering questions on the platform. It was then that we recognized that when it comes to expressing yourself online, there is a huge opportunity to be exploited, especially in native languages. In a country like India – where over 90 percent of our population thinks and speaks in a regional language – the power of expression in their mother tongue is truly immense. We researched existing products and realized that content in Indian languages ​​is scarce as most social media platforms take an English-first approach and are designed primarily for English speakers residing in urban centers. Native speakers also have a strong desire to connect and create content, but are excluded from basic internet experiences due to the English-centric foundations of most platforms. So, we started to develop Koo as a multilingual micro-blogging platform allowing Indians to express themselves in their native language and to connect with their linguistic and cultural communities. We started in December 2019 and launched the platform in March 2020 in Kannada from Mandya, which is a neighborhood close to Mysuru (in Karnataka). We received a thunderous response during the launch, which boosted our confidence and ultimately led us to introduce Hindi to the platform over the next few months.

In July 2020, we took part in the “Aatmanirbhar App” challenge and presented a deeply immersive language experience for Indians. We were among the top three social media apps out of the 7,000 startups that took part in the challenge. And in August 2020, Prime Minister Narendra Modi mentioned Koo in his “Mann ki Baat” speech.

Q. Do you think the Koo app can get ahead of Twitter in India? What is Koo’s current market share?

Aprameya Radhakrishna: Within 20 months of our launch – in October of this year – Koo passed the 15 million download milestone. Our first 10 million downloads were in about a year and a half, while the next five million users joined the platform in a quarter. This indicates that the Koo app is being adopted at an accelerated rate. As we move forward, supported by our unique language features that deliver an immersive experience, we are confident to surpass ourselves and scale at a rapid pace to reach 100 million downloads.

India has enormous potential for a platform like ours. A recent report indicated that India will have over 900 million internet users by 2025. Koo is one of the most unique social products that reaches out to all walks of life and promotes the digital inclusion. It’s a powerful platform too, with some of the most prominent faces in the country using it every day. We have received a lot of love and appreciation in such a short period of time and we will continue to evolve and achieve many more milestones in the future.

Q. This year a very public feud between the government and Twitter made people sit down and take note of the Koo app and there was a flurry of activity to download it. How would you view this crisis in the larger context of Koo’s growth trajectory?

Aprameya Radhakrishna: In the bigger picture, the growth we got during the spat will seem like a small push. Our growth purely reflects the desire of people to express themselves and engage online in their native language. It is a significant and untapped need.

Q. For an average user, how is Koo different from Twitter?

Aprameya Radhakrishna: Koo and Twitter are two micro-blogging platforms. This is where the similarity ends. Koo is an innovative platform that democratizes the voice of Indians by allowing them to express themselves in native Indian languages ​​- Hindi, Bengali, Assamese, Tamil, Telugu, Marathi, Kannada, Gujarati apart from English. We are working on adding more mother tongues and our goal is to cover the 22 official Indian languages. In addition, we have a unique feature that allows creators to send their message in real time in any language, while retaining the context and feeling attached to the original text. This improves a user’s reach, as the post can be consumed by people across the country in the language of their choice. The number of followers thus increases in a short time. In addition to these language features, we have communities for each language available on the platform. These communities celebrate the essence of their culture and their respective regions. A user can engage with a community that reflects their interests and gain meaningful experience.

Q. Tell us about the Koo revenue model.

Aprameya Radhakrishna: We are in pre-income. Our priority right now is to develop the community and our technological capabilities.

Q. Microblogging has evolved over the past decade into a powerful political tool. How does Koo see his evolution and what role does he see himself in this space?

Aprameya Radhakrishna: There are many use cases for a product like Koo. One of them is the need for leaders and eminent figures to stay in touch with the people who want to hear from them. We allow them to do this in multiple languages, which no other does. These two-way updates and conversations become invaluable when done in the language the masses prefer.

Q. What is the traffic around elections and political issues on Koo? How seriously do people take it?

Aprameya Radhakrishna: Koo is an inclusive expression platform that goes beyond politics. We have people from all walks of life including literature, sports, media, entertainment, theater, spirituality, etc. In fact, 70-80% of the content and people on Koo are unrelated to politics. But when it comes to politics, Koo has made significant strides in gaining adoption by ruling party and opposition leaders at the national and state levels. This is because we are a transparent and inclusive platform. We have Chief Ministers from 17 states, various Union ministers, ministries and leaders from across the political spectrum who actively koo and share updates on various initiatives and developments. Our multilingual features made it easy for executives to engage with their followers by conversing in their native language in a holistic manner.

In Uttar Pradesh, which is due to go to the polls early next year, we believe that with the kind of traction we are seeing in terms of the integration of political leaders, political parties, ministries and leaders opinion, much of the conversation about elections and candidates, etc. will take place exclusively on Koo. Additionally, a large number of UP people have started setting up accounts on Koo to consume content and share their own opinions, mostly in Hindi.

Q. For the next legislative elections, have you planned anything special? Can we expect a digital-only feature that will set Koo apart from other microblogging apps?

Aprameya Radhakrishna: Besides the wide range of content creators and users on the platform, Koo already has several smart features that can make it the go-to app for elections. The most unique feature is allowing people to get their message across in multiple Indian languages ​​and connect with multiple communities at once. Other features include our Talk-to-Type feature – which allows a user to share their thoughts without having to type. A user can just speak out loud and the words are converted to text making it the easiest way to communicate on a microblogging platform. This Talk-to-Type feature is particularly useful for people who cannot write the language.

The Livestream feature, which rolled out earlier this week, will create the opportunity for live discussions and debates on the platform and further improve the experience for our users.

Q. The government is enthusiastic about localization of data. How does Koo solve this problem?

Aprameya Radhakrishna: Our servers are hosted in India. From our point of view, the reasons for the regulations are understandable and we will respect those regulations with respect.

Q. What emerging technologies and trends provide the most challenges and opportunities for a microblogging application like you?

Aprameya Radhakrishna: Our product framework is generic and allows open expression in the best form. We are meeting the most basic human needs – something that will never change. All the new technologies that improve this communication are something that we will adopt as a platform.

Q. Koo is often accused of having very little global exposure and of not hosting any prominent international celebrities. Your thoughts.

Aprameya Radhakrishna: It’s by design. Koo was designed for Indians to solve linguistic diversity. Our goal is to enable every Indian to express and share their thoughts online in the language of their choice. The average Indian doesn’t want to connect with international celebrities as much as he wants to connect with local and national heroes he admires and people like him.

This is true for many countries that do not favor English and we will offer our product in all of these countries to allow better connections between people.