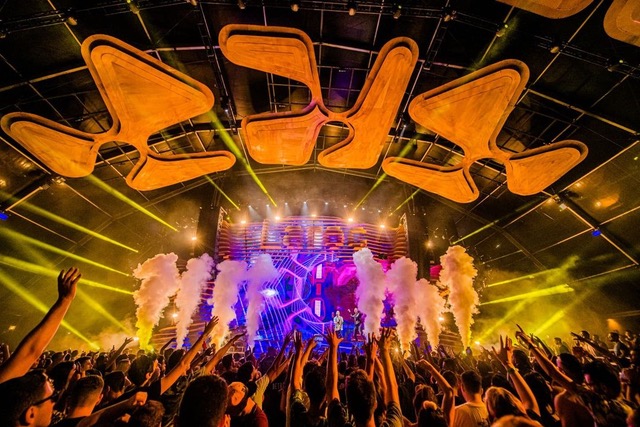 Laroc and Alok have teamed up for another sold-out event

Once again, cementing Laroc’s unparalleled success as one of the world’s EDM scene’s greatest landmarks, the club has invited DJ Mag’s #4 DJ in the world, Alok, alongside a jam-packed backing lineup. of a new combination of established hitmakers like Satti and young stars like Almanac and Kohen.

Climbing even higher on DJ Mag’s prestigious Top 100 lists is a shared goal of Laroc and Alok, making this event a heavenly partnership. The entertainer and club have done everything in their power to create a memorable evening that will undoubtedly create a lasting impact on every attendee.

Laroc is arguably one of the most incredible clubs to debut on the global dance music scene. Not because it has the biggest capacity or the biggest stage, but because the Laroc team is able to combine the energy of a huge festival with the intimacy of clubs in each experience, creating an atmosphere unique hard to find elsewhere.

The 7-year-old club is on the verge of breaking into the Top 10 of the DJ MAG Top 100 Clubs chart, and they don’t fear the pressure. Laroc recently announced that they will be the exclusive venue for Hardwell’s comeback tour for his brand new album “Rebels Never Die”. an event that has the potential to be one of the biggest nights in club history.

We had the opportunity to speak with Thiago Grazioli, artistic director of Laroc. Check out what he had to say about Alok, Laroc and Hardwell:

“It was a very important night for Laroc, to host Alok again, this time as the world’s 4# DJ was indeed amazing. The night was a total success: a packed house with over 5,000 people came together to experience a generational talent that is Alok. It was very interesting to see how creative and precise Alok has become when it comes to directing his set,

not to mention the incredible production team behind her performance, a truly breathtaking experience. And that’s exactly what we expect for such a big act.

“It’s absolutely essential that we have Hardwell on his Laroc comeback tour. Hardwell’s evolution resonates deeply with Laroc, and seeing what his set was like at Ultra Miami, we just knew we had to bring that energy to Brazil. It’s not easy to make such a big transition from what he was playing to what he’s doing now, and it’s amazing to see Hardwell exploring new things. This transition will surely be a big step in his career and for the whole EDM scene – Thiago Grazioli, artistic director of Laroc

The surprising evolution of these forgotten social media sites