I went to meet a very impressive woman this week: Sandra Seeling Lipski. She is the founder and director of the Evolution Film Festival which takes place next week in Mallorca. The festival will feature films and documentaries (long and short) in English or with English subtitles, which have been created by filmmakers from around the world. Sandra was born in Berlin, raised in Mallorca, then moved to New York and then Los Angeles to study and then work professionally in the theater and film industry.

So why did you decide to start a film festival on your island? “When I started I was 27 and I was very naive and I just did. An innocent ! This thought occurred to me why isn’t there a film festival in Mallorca? Why not, it’s the perfect place, it’s in the center of Europe, the connections to get there are incredible. I just thought: I’m just going to do it, and that’s pretty much what I did. I had never even done an event before, just felt like I needed to. My parents live in Mallorca, and my brother also has a business here, so I came here regularly anyway, so I thought why not just bring my life to LA with me?

“The first year went pretty well: we had around 450 guests. I thought no one would come, but somehow these people found out, and it was a very international audience. And then I started to have people contacting me asking if we would do a second year, although I wasn’t sure. But then I thought, okay, let’s start over, and we had 1,500 guests. The positive response has been simply overwhelming. There was a real festival spirit. People would go to the movies and watch the movies, then go to the bar afterwards and talk about the movies. It’s a conversation that starts, which I love. And then, get together and chat over coffee at the free morning events we host. We’ll be doing it at Rialto Living this year: directors come, actors come and you can talk to them and be in this very relaxed environment and meet people that you maybe always wanted to talk to. So I created these little encounters and brought all of these movies here and somehow it blossomed. It’s not easy to do something like this, is it? “Of course there was also the moment where I thought, well, maybe I’m going to have to quit because there’s not enough money and not enough help and this, and this, and that. But somehow it just wanted to happen again. We have a fantastic new graphic designer who helped us revamp our new logo and our new look, and that helped us attract some new private sponsors which are really important. This year, the Cort Hotel is sponsoring the filmmakers’ rooms, allowing them to have accommodation while they are here. We have Mercedes doing all the transport for us, Rialto Living who runs the Café con Cine mornings. The Ayuntamiento has given us twenty bus stops where we can put our posters. And we have a fantastic relationship with the people at Teatro Principal and Cine Ciutat. They love us and support us, it’s pretty amazing. They love the event, it’s that it’s young and it’s fresh and new. I’m not where I want it to be yet, I need to have a budget to pay the people who are working on the festival next year so we are looking for sponsors for 2015 ”.

What’s the process? “I start choosing films in March, then I come to Mallorca in May and talk to the sponsors, then I come back for the six weeks before the festival. And I also organize the Los Angeles edition of the festival which is a great promotion for the island, it introduces the island to the filmmakers who can come here and shoot a movie.

How do you choose the films? “The first year we got about 100 submissions, the second 150 and this year we exceeded 230 submissions. I watch them all and choose from the program of this one. In this year’s festival we have 43 films! We have feature films, short films and documentaries, so we have a bit of everything. It is an international festival. We will be showing three films by local Mallorcan filmmakers: Pep Bonet, Toni Bestard and Nofre Moyà. The films fall under the theme of ‘Cultural Differences’, how our society treats the elderly, our relationships between humans and animals and nature, the power of music and a wide range of genres such as drama, comedy, suspense and musicals. They are all unique and forty of the films are shown for the first time in Spain. I chose them because they are socially and environmentally relevant, because they touch on topics that are in the news at the moment. “ 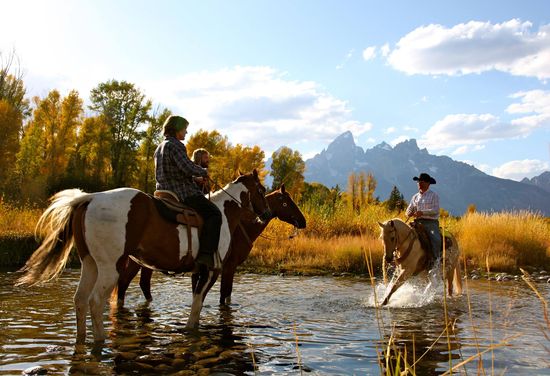 What can we do to help? “We created this festival for you, talk about it, get involved, come to the screenings, tell others about it, make it yours, it’s for you”.

There will be a “warm-up screening” on Sunday November 2ndsd in Es Baluard. The festival officially opens on November 6e with a gala at the Teatro Principal. The festival screenings are all at Cine Ciutat until November 10e. There will be three “Café con cine” meetings at Rialto Living on the Friday, Saturday and Sunday of the festival. You can view the full schedule of the Evolution Mallorca International Film Festival and buy your festival tickets online at www.evolutionfilmfestival.com. Tickets are € 5 or you can buy a festival pass for the whole event for € 45. To read more articles about the islanders, visit www.mallorcastories.com.

Vicki McLeod is a freelance writer and photographer. She has lived in Mallorca since 2004. Vicki writes on her beloved island for The Majorca Daily Bulletin, the only English language daily in Spain; produces regular columns for Euro Weekly News and articles for Spain-Holiday.com. Vicki manages PR strategies for several companies in Mallorca and London and works on her own blogs and projects. She and her husband, Oliver Neilson, provide photo and text content for private clients via @phoenixmediamlr. She tweets to @mcleod_vicki.