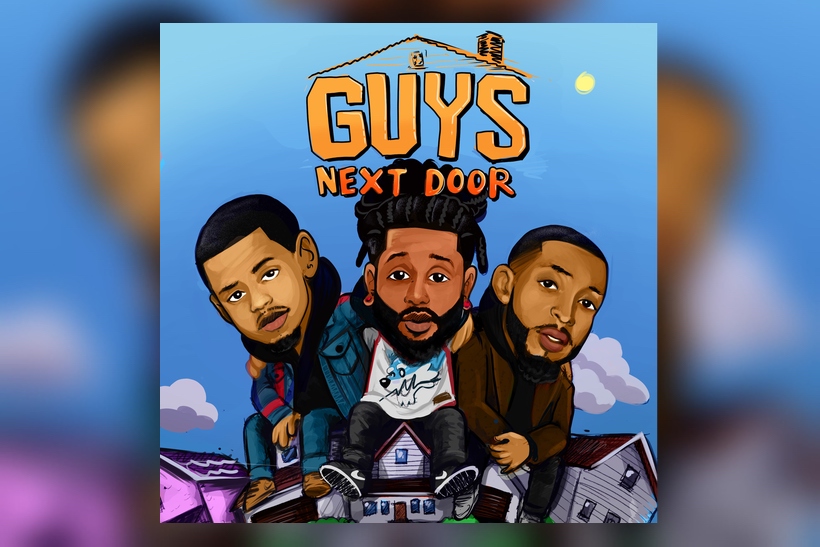 Podcast consumption is on the rise – and an increasingly important way to connect with black audiences.

Listening to black podcasts is up 26% from 2020, according to research by SXM Media. Seventy-one percent of black podcast listeners have listened to a podcast with a black host in the past month, and 47% of participants said they prefer listening to podcasts with black hosts or people of color.

Meanwhile, according to industry research, urban culture enthusiasts are 207% more likely to discover brands through podcasts.

Alcohol brand Martell Blue Swift wanted to capitalize on this growing opportunity. So, to celebrate Black History Month, he’s teamed up with the “Guys Next Door” podcast, produced by Acast Creative and part of the Acast Black Voices series, which aims to amplify black voices and opportunities. monetization for creators.

The “Guys Next Door” podcast brings together friends Mack Wilds, Mouse Jones and FlyRy as they guide listeners through love, relationships, culture and more from a millennial perspective.

Martell Blue Swift approached Acast Creative with the idea of ​​a campaign celebrating black joy. It sparked a conversation that led to the “Guys Next Door” podcast seeming like an “organic fit,” said Acast Creative director Shantae Howell.

“It’s an opportunity to uplift people who don’t always get that podcast time and have conversations with them about [people] they were inspired by,” she added.

The campaign includes four episodes featuring black changemakers sharing ideas on how black culture inspires their work, the importance of amplifying black voices and businesses, the influence of black culture on culture dominant and more.

Episodes are tied to a particular topic or cultural moment. the First episode features music and culture journalist Naima Cochran, who explains in depth the influence of music on the black community and the evolution of R&B. The episode is related to the Grammy Awards.

The “Guys Next Door” podcast has April Walker, streetwear designer and founder of Walker Wear, on episode two to discuss the impact streetwear has on music — and vice versa. The episode, tied to New York Fashion Week, also delves into the influence of black women on streetwear.

The third episode — tied to Oscar nominations — features Yamaneika Sauders, comedian and co-star of Oxygen’s “Funny Girls,” who will discuss iconic black comedies and comedians. The latest episode features artist and photographer Steve “Sweatpants” Irby, for a conversation about art and entrepreneurship.

Acast Creative worked with the hosts to identify topics of interest to them that were also related to events taking place in February (i.e. the Grammy Awards and New York Fashion Week). The guests were a mix of people who had expressed an interest in participating in the show and people Acast Creative knew from its network.

“We are creators as much as consumers,” said Tiffany Ashitey, Director of Partnerships at Acast. “It makes sense that we are on the creation side as well as the consumption side. Ultimately, as more and more content is created that we can relate to, viewership will increase. It really has to do with resonance and connectivity.

According to Howell, authenticity should be a priority when trying to reach black consumers.

“You have to understand that to create affinity with a black audience, you shouldn’t silence their experiences,” Howell said. “It’s an important balance to think about because you hope to have access to an audience that is consuming more and more at a high rate and still influencing the purchases of everyone around us.”

For brands, authenticity also plays a key role when selecting designers to partner with.

“You can’t manipulate authenticity,” Ashitey said. “You can’t be attracted to [a creator’s] uniqueness, and then all of a sudden try to force your agenda on that. The creators are authentic and passionate about what they do. And every brand that respects this only comes out on the bright side.