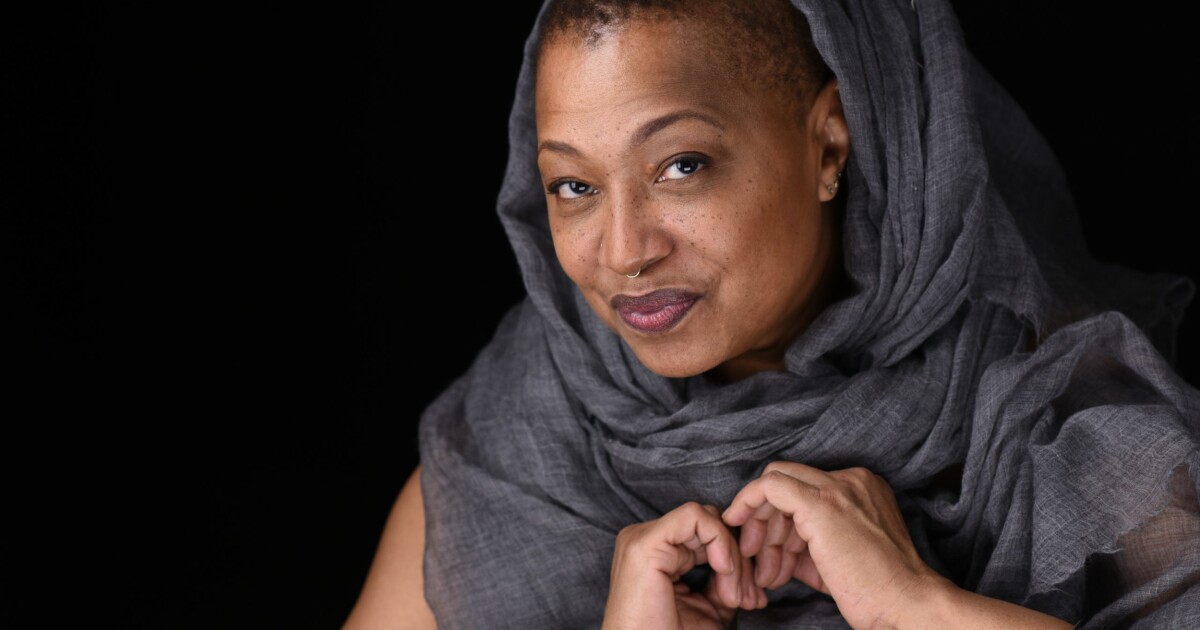 Ms. Lisa Fischer leaves them in tears on day 4 of the jazz festival

Ms. Lisa Fischer delivered the stunning “wow” moment from the CGI Rochester International Jazz Festival. And not just this year. All. And I’ve seen all 19 of them.

People were crying in their seats during the first show on Monday. With voices rising to the high ceiling and lifting the packed house of 700 people from their seats for several standing ovations, she led them to the Church of the Temple Theatre, itself a former church.

“This piece wouldn’t be without your heartbeat,” she told her audience. But it was an exchange of hearts back and forth, as Fischer worked the stage, gestured emphatically, hitting notes of R&B and gospel, his voice going from a whisper to a scream.

Does Fischer have an opera background? No, she was just to outplay the Rolling Stones as the band’s backing vocalist for years. Maybe you saw the documentary “20 Feet from Stardom” a decade ago, the story of musicians working alongside the biggest names in the industry. It was Fischer, moaning alongside Mick Jagger in “Gimme Shelter.”

She sang with Tina Turner, Sting and Luther Vandross. Always in the background, until she released an album in 1991, which produced “How Can I Ease the Pain”, which won a Grammy for Best R&B/Female Vocal Performance. Yet she faded into the background again, until she finally started filming on her own — without Mick, Tina, or Sting to hide — at age 57.

In the first of two shows at the Temple Theater, Fischer spoke of “the life experience to infuse into melody”. She connected with the audience through a self-effacing humor. “What I love about turning 64 is…free health insurance.”

Everything was perfect that night, down to her outfit of baggy black parachute pants topped with a towering, quirky, wide-brimmed hat. And she wasted no time showing off her incredible voice, with an a cappella version of “Crossover”, before being joined by Taylor Eigsti on piano for the rest of the set. He was perfect, down to the piano juke-joint. Dismissing calls for “Gimme Shelter,” Fischer closed the set with one of his songs.

In contrast to his stunning voice, Fischer spoke between songs in a raspy whisper. She could be sassy and snapping her fingers, stepping off stage at one point to walk a few rows into the audience, wireless mic in hand, trailing a finger along the shoulder of a guy sitting in the aisle .

She mined classics such as Ella Fitzgerald’s “Blues in the Night” and her classic opening line, “My mama told me, when I was in pigtails…”. And “Killing Me Softly” by Roberta Flack. And obscurities such as “Broken Instrument”, a metaphor for a damaged and rejected soul.

“Your instrument is not broken!” someone shouted in the audience.

And as she paced the stage, how many in the audience realized that the tortured ballad she was singing was “Hurt,” by the industrial rock band Nine Inch Nails?

The crowd clamored for “Gimme Shelter,” but Fischer didn’t give it to them. Sorry to point these people out, but a slow burn version that sounded like a Greek siren calling sailors to the rocks came with the second set; a second set that, frankly, wasn’t as electric as the first.

But this one would be hard to top. They might as well close the jazz festival now.

Preview: The jazz trumpet is the profession of Nabaté Isles

Maybe if Nabaté Isles had developed a better jump shot, you wouldn’t be reading this.

Those college dreams have long since faded, though the Manhattan-based trumpeter has nevertheless carved out a small presence for himself in the sports world. He’s done public access shows, production work for ESPN, and has his own podcast, “Where They At,” where he’s interviewed sports personalities such as George Foreman, and even sports fan Chuck D of the Public Enemy hip hop icons.

But it’s the music that matters to Isles at the Rochester International Jazz Festival, with two shows on Tuesday at the Max of Eastman Place.

Her resume is a dizzying array of big names in the industry, including Jill Scott, Dianne Reeves, The Mingus Big Band and dozens more. He has composed music for a handful of short films. His debut album, “Eclectic Excursions,” is a collage of disparate genres and musicians, ranging from bassist Christian McBride to rapper Elzhi. Isles was on three of McBride’s Grammy-winning albums and was with McBride’s band when he performed at the Obama White House.

Isles even took part in the famous HBO series “Treme”. He taught actor Rob Brown, in his role as Delmond Lambreaux, to play the trumpet. Or at least how see like he was playing it.

Despite the crowds he moves through, like a film director giving actors space to express themselves, Isles says musicians also need room to work. Because musicians are actors and music tells stories.

As this analogy tells us, Isles is also a fan of movies. It’s Bogart with a horn. “I think feeling and expression really mean a lot to me,” Isles says. “I really focus on sound and tone.”

And sometimes, social problems. Isles wrote an article, “Same Strife, Different Life”, a reflection on racism and oppression. The opening movement is trumpeting, drums and the clanking of slave chains.

Isles was a student at the Eastman School of Music from 1995 to 1999. And even during that short time, he says he witnessed a dizzying evolution in the world of music. And that focus was on the business end. When he came to Eastman as a freshman, this thing called the Internet had just arrived. Napster was alive, the record companies were dying.

“It’s all about us having to be able to know how to promote ourselves,” Isles says.

Master the business side, so the musician can spend more time on what matters.

“Because,” Isles says, “you want to focus more on the art at the end of the day.”