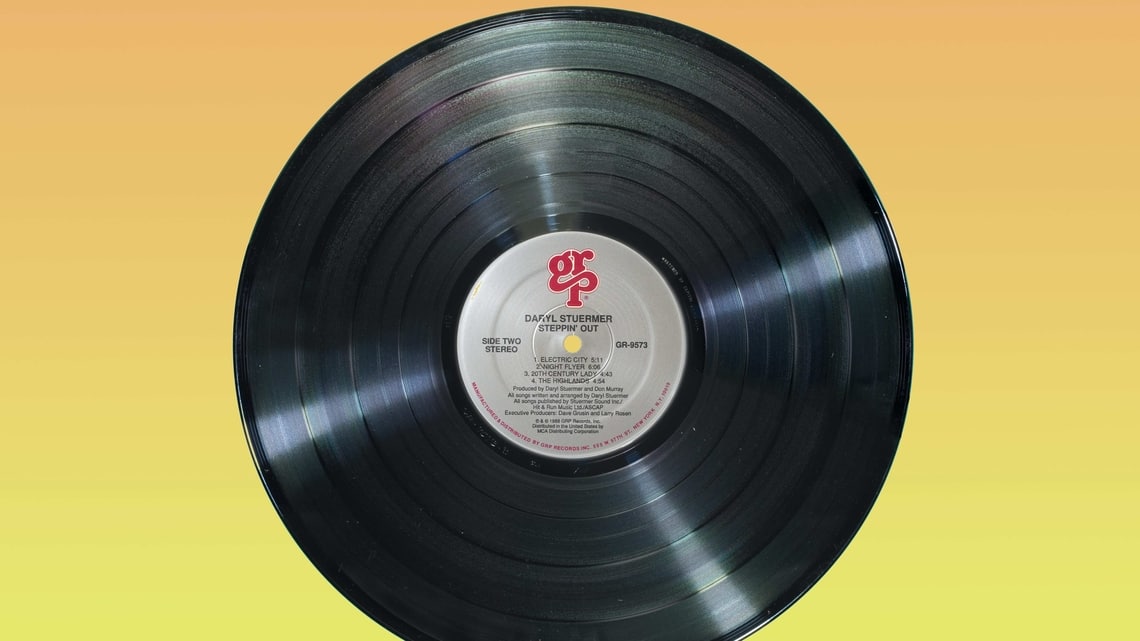 A British company claims to have produced the world’s first bioplastic vinyl record, which it hopes will reduce the need for highly toxic PVC.

Bioplastics are derived from sources such as sugars and starches, rather than oil or gas, and create no toxic waste in their production.

British company Evolution’s new bioplastic vinyl has been endorsed by the NGO Music Declares Emergency, a climate change campaign group set up in 2019 by artists and music industry professionals.

“If Evolution can deliver a guilt-free vinyl alternative, it could completely eliminate one of the biggest polluters in the music industry,” NGO co-founder Lewis Jamieson told AFP.

Currently, all vinyl records are made from polyvinyl chloride, or PVC, described by Greenpeace as “the most environmentally harmful plastic”, the production of which releases toxic chlorine-based chemicals that accumulate in water, air and the food chain”.

The issue has come to the fore thanks to the recent boom in vinyl sales, which exceeded $1 billion last year in the United States alone (a first since the mid-1980s).

Few anticipated the vinyl revival that began in the mid-2000s, so record labels found themselves scrambling to secure PVC, often relying on foreign companies with poor security records.

Kyle Devine, who wrote a book about the environmental impact of the music industry, “Decomposed,” said the PVC used for 90% of US vinyl in 2015 came from a Thai company that “poured pollution in the Bangkok River”.

“PVC is a particularly unpleasant plastic to manufacture. It’s a difficult plastic to dispose of, recycle or break down,” he told AFP.

He added that it would be wrong to see the current dominance of streaming and digital music as a response to the industry’s climate impact.

“Digital data still takes up space and consumes energy. In fact, given the current size and scope of the music industry, it’s probably more taxing on the environment than ever. “, said Devine.

Evolution has released the first 20 records made with the bioplastic via raffle – a compilation of young artists including electro duo Bicep and American singer Angel Olsen.

It took nearly five years of testing due to delays caused by the Covid pandemic, but the firm says they are close to matching regular records.

“It presses the same way PVC does,” said co-founder Marc Carey. “The final piece of the puzzle is that there is a bit of surface noise when you play the record, so we’re working on that. We think we’re two weeks away from finalizing the recipe.”

Music Declares Emergency is clear that changing vinyl record production won’t do much for climate change as a whole, but Jamieson said such innovations are symbolically important.

“It reminds people that thinking about sustainability doesn’t mean you have to live in a mud hut and not have fun,” he said.

J. Nicolás releases the first single from his upcoming album “A Rosary Of Bone”

Worker-owned apps are becoming more common in the gig economy