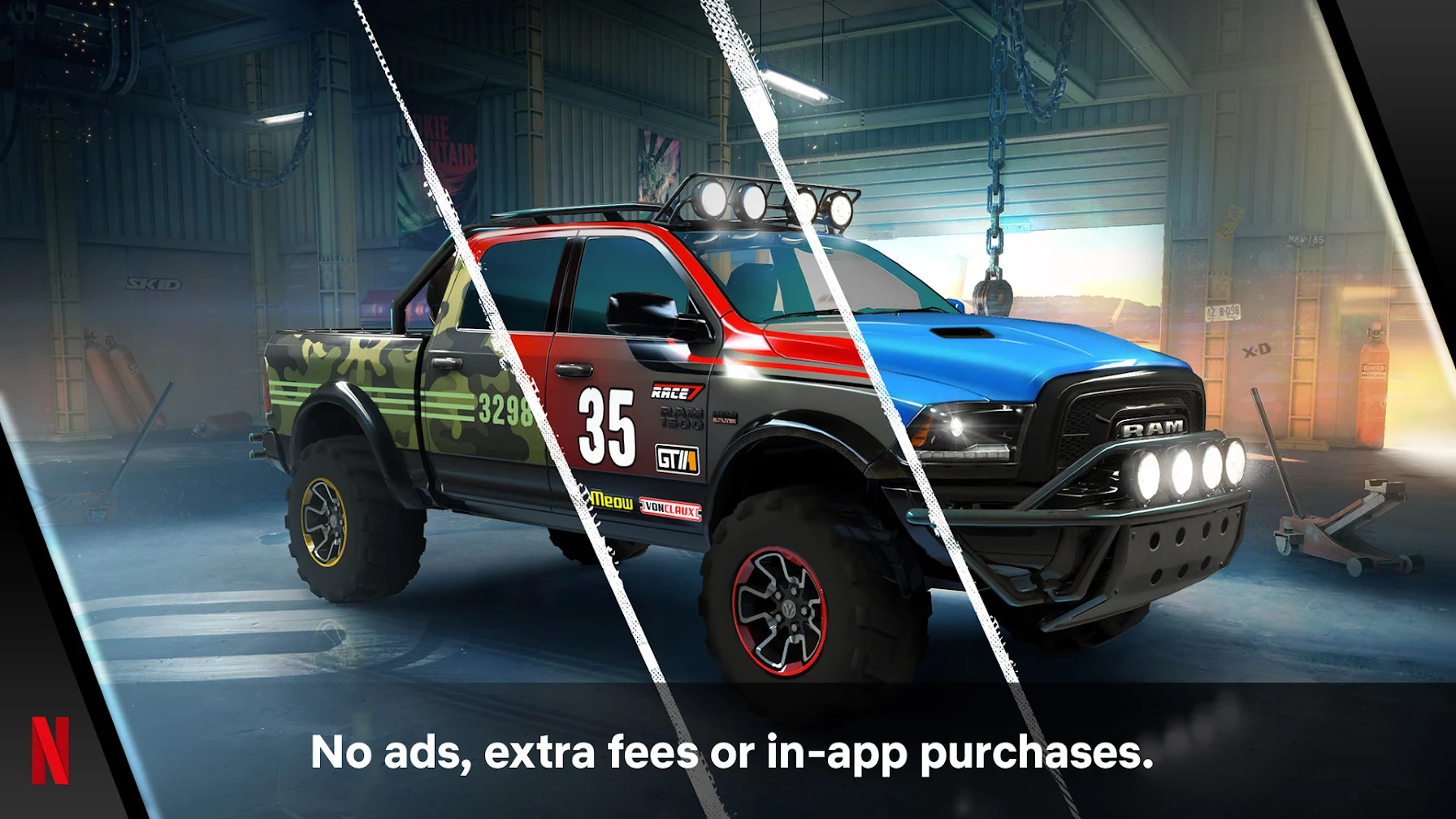 Gameloft’s Asphalt Xtreme mobile game has a little history. The all-terrain racer launched on iOS and Android in 2016, but it was retired last month probably because it stopped generating enough revenue to keep it going.

Thankfully, off-road racer fans will be able to play the game again, assuming they’re subscribed to Netflix’s streaming service. Asphalt Xtreme was recently taken over by Netflix and added to its rather small library of mobile games that it offers free to its subscribers.

Along with Gameloft’s Asphalt Xtreme, Netflix has also added Bowling Ballers to its game collection, a new title developed by the company’s gaming partner, Frosty Pop. This would be the third game created by Frosty Pop to join Netflix’s new service after the addition of Shooting Hoops and Teeter Up earlier this month.

In Asphalt Xtreme, players can explore exotic environments while driving a wide range of off-road vehicles, such as monster trucks and rally cars. The game was well received by fans of the genre and became very popular for a short time.

Unfortunately, Gameloft has decided to shut it down on October 1, 2021 and Asphalt Xtreme has been removed from the App Store and Google Play Store. Now that Netflix has licensed the title, Asphalt Xtreme can be played through the service’s official app.

Netflix’s current mobile game library is very small and cannot yet compete with other players in the market. However, unlike giants like Microsoft, Google, and Sony, Netflix’s gaming strategy is not based on subscriptions. The streaming company suggests that the mobile games it offers to customers are aimed at growing its subscriber base rather than making money.

In addition to today’s additions, Asphalt Xtreme and Bowling Ballers, Netflix’s mobile game offering includes five other titles: Stranger Things: 1984 and Stranger Things 3: The Game, Card Blast, Teeter and Shooting Hoops. On the positive side, you don’t have to pay anything to play these games and they are completely ad-free.

WHO meets to discuss new variant of ‘highly mutated’ COVID-19