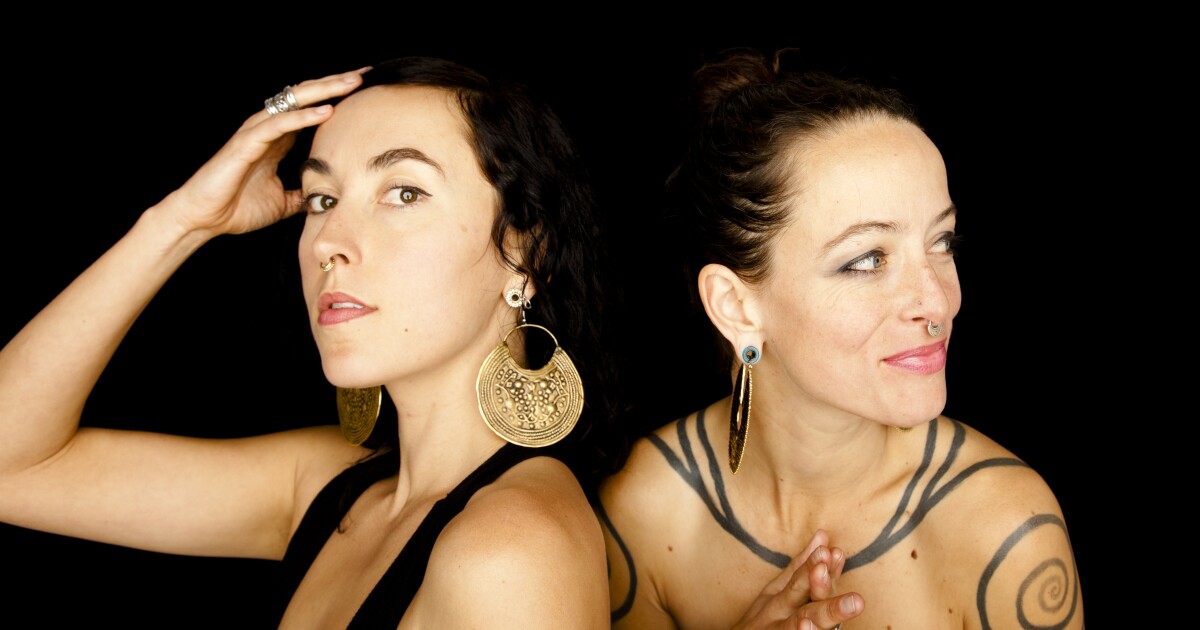 Rising Appalachia is a band, but founding sisters say it’s also a community

Leah Song and Chloe Smith say it’s unusual to go a day without logging in. So when Chloe found herself grounded in Costa Rica for almost the first year of the pandemic – a continent far removed from her older sister – technology took care of the communication. She said their challenge was more spiritual.

“We were doing a lot of aboriginal rights work, we were at Standing Rock. One of our title songs, ‘Resilient,’ came from that place, and then it felt like everything had calmed down,” Chloe said. “Now we’re surfacing.”

The sisters told their group, Appalachian Rise, is as much an outlet for the community as it is for artistic expression. Since their recorded debut in 2006, they’ve produced eight albums of socially urgent Americana steeped in sounds and inflections from around the world.

Appalachian Rise happens this saturday at the recovery station in Asheville.

The pandemic has cut people’s sisters, but not their muse. They formed a songwriting group with three other women, each of them sharing new music with another every week for the past two years and counting. They said they were excited about what came out of it – a collaborative album of new a capella music.

“Neither of us had been in a sphere where you shared super cool music,” Chloe said. “It was very vulnerable, but eventually you get over the vulnerability part and realize, wow, that’s how writers maintain that muscle, is you learn not to be super attached to the outcome of a song . You just want to write.

Music was the foundation of the sisters’ upbringing in Atlanta. Their parents were string players in a community of square-dancing and Cajun musicians and folk artists who brought them to the Swannanoa Gathering and Black Mountain Music and LEAF festivals.

“As very young women, we knew art would be part of our history, but we didn’t know it would take shape,” Leah said. “And that continued to form as we continued to grow as a whole.”

While the sisters say feminism and globalism have always been the basis of their lyrical inspirations, Leah says conversations with audiences have shaped much of their artistic evolution.

“We had a stage where we were very angry and we were very frustrated and we wanted to put that straight into the music,” Leah said. “Not at all that we weren’t feeling the fury of the times a lot yet, but we started to realize that we wanted music to be a tool that brought people together, and we actually started writing music that had more questions.

“It’s not like an intellectual process for us,” she continued. “It’s not like, ‘Let’s do a fusion music album because it would be offbeat or interesting or weird or catchy.’ The musicians who naturally came to the project informed us, and then the music tends to be more responsive than designed.

“There have been times in the studio where we have too many styles going on,” Chloe added. “And we rejected some really great songs because there were just too many influences, to be totally honest.”

Leah lives near downtown Asheville and Chloe lives in Weaverville. When she’s not making music, Leah said she’s obsessed with rock climbing and is looking for horseback archery lessons. Chloé is immersed in small-scale agriculture.

“We want to have a home life and balance out the touring nervous system,” Chloe said. “As glorious and fun as playing live shows, it’s hard on the body. Probably be about half of what we’ve done.

The sisters said their collaborative a capella album, titled “Cradle,” will be released in the fall, and they are very early in their writing for Rising Appalachia’s next album.

“And we’re happy to be back on the road,” added Leah. “We just want to do a little better.”

Rohnert Park will rock your summer