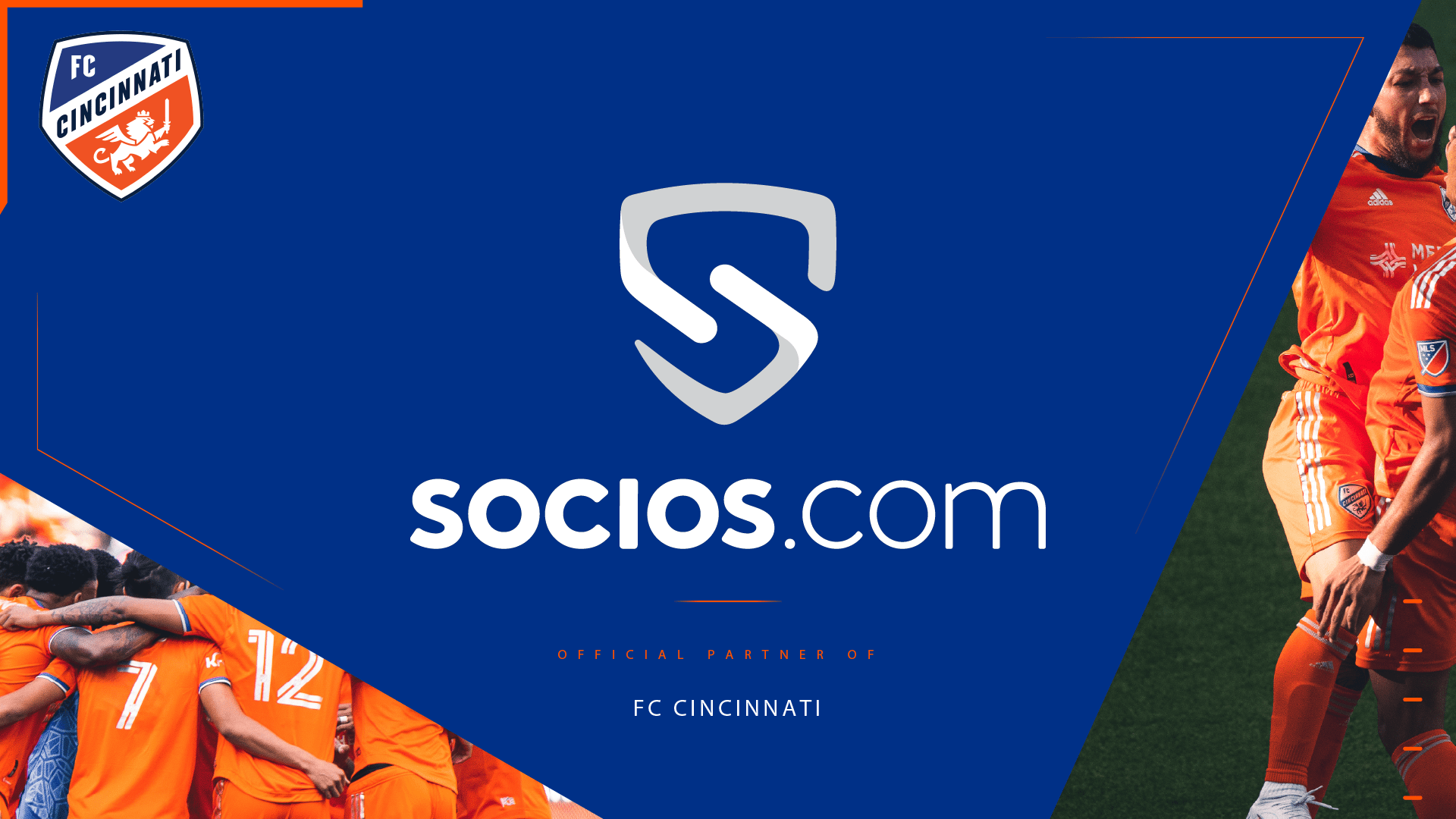 With a shared vision to leverage next-gen technology paired with progressive experiences, the Socios.com-FC Cincinnati partnership is forging a deeper connection with fans and fueling growth on and off the court.

With 26 club offerings, including FC Cincinnati, Socios.com seeks to create a unique community for MLS fans to celebrate their passion for the game and earn lifetime experiences from a single app. From the 2022 season, the partnership aims to give fans access to exclusive rewards, surveys and opportunities for their favorite clubs. FC Cincinnati anticipates that fans may have the chance to win prizes for making correct game-related predictions and for answering questions correctly.

With the highest percentage of millennial viewership of any major US sport, the deal with Socios.com aims to allow FC Cincinnati to combine its commitment to innovation and technology to leverage blockchain technology to provide FC Cincinnati with tools to engage with fans in a more immersive way. Socios.com will be integrated with all League and partner club social channels and will receive digital signage during partner club home games.

“Playing to our strengths with FC Cincinnati to explore what will become of the best iteration of our blockchain-based fan engagement product is truly exciting,” said Max Rabinovitch, Chief Strategy Officer of Socios.com. “This partnership is going to have tremendous positive impacts on our evolution and shed light on what the universe of Socios fan engagement on the blockchain can be.”

The agreement also allows Socios.com, FC Cincinnati and the League to work together on new fan engagement products in the years to come.

Socios.com has indicated that it has major global expansion plans and will increase its existing presence in Europe, while targeting many more launches in the United States, Asia and South America with major sports properties of the world. Socios.com recently announced international soccer legend Lionel Messi as the brand’s first global ambassador.

For more information on FC Cincinnati and Socios.com, visit fccincinnati.com or MLSsoccer.com.

FC Cincinnati is a Major League Soccer team playing at TQL Stadium in Cincinnati, Ohio. The club’s large and diverse ownership group is led by controlling owner Carl H. Lindner III; as well as owner-managers Meg Whitman and Dr. Griff Harsh; Scott Farmer; and George Joseph. Originally founded in 2015 by Lindner III and current chairman Jeff Berding, FCC started playing in the United Soccer League (USL) in 2016. FCC entered MLS as the 24th team in 2019. FC Cincinnati opened the privately funded clubs, 26,000 seat TQL Specific Stadium in the West End neighborhood of Cincinnati in 2021. The club won the 2018 USL Regular Season Championship in record fashion and secured seats in playoffs in his three USL seasons. In 2017, FC Cincinnati also advanced to the semi-finals of the Lamar Hunt US Open Cup, a run that included victories over two MLS teams.

New York-based Major League Soccer, celebrating its 27th season in 2022, features 29 clubs across the United States and Canada, including 2022 expansion squad Charlotte FC and St. Louis City SC, which will debut in 2023. For more information on MLS, visit www.MLSoccer.com.

Turning passive supporters into active supporters is essential for the future of sport. Our vision is for a broad network of the world’s leading sports organizations to achieve this through Fan Tokens and transactional fan engagement on Socios.com. Fan Tokens and the Socios.com fan engagement platform allow the world’s largest sports properties to connect to an ecosystem of fan influence and rewards. Socios.com’s ever-growing list includes more than 130 major sports organizations, including huge football clubs from Europe and Latin America, premium Formula 1™ teams, NBA giants, NFL, NHL and MLS, top esports teams and the UFC®. The Socios.com app is available in 10 languages. For more information, visit www.socios.com.