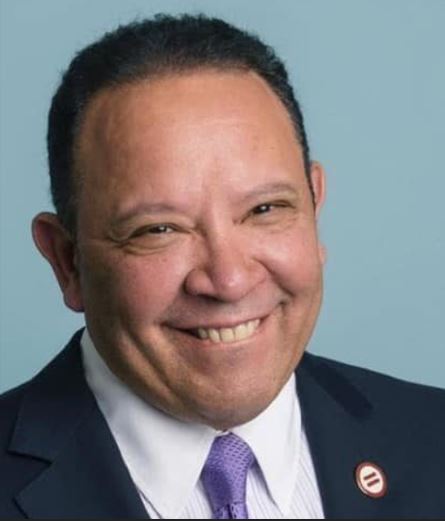 TBE#26 – Essence Festival: a birthday party that has become a national cultural reference

“It is in our DNA as black women, and partly in the historical evolution of who we are as black women, where we have been trained and prepared to give so much of ourselves. Essence has been specifically created to be a platform that we gave her in. We’re not looking to take her away or put an extra burden on her, but we just want her to come into a safe space – whether it’s with her girlfriends, her- even, if she wants to bring her family, that’s up to her – but it’s all about her. It doesn’t matter what’s around her; she comes and she’s energized and she feels rejuvenated and she feels safe and comforted Joy A. Profet, former CEO of Essence Communications

For more than a quarter century, each Independence Day weekend, my beloved hometown of New Orleans is transformed as it hosts the national celebration of Black women, culture and communities, the ‘Essence Festival of Culture.

Only three times since 1995 has New Orleans not hosted the festival: in 2006, it was moved to Houston as New Orleans recovered from the Hurricane Katrina disaster. The COVID-19 pandemic forced the cancellation of the festival in 2020, and it was held virtually last year.

Bringing the Essence Festival to New Orleans is one of the accomplishments I’m most proud of during my two terms as mayor – not just because of what it’s meant for the city, but because of what this means for black women in America.

This year, it’s more important than ever to celebrate and uplift black women. Last week marked one of the highs in our country’s history and one of the lowest. Just six days after she dealt a devastating blow to women’s rights with her decision in Dobbs v. Jackson Women’s Health Organization, the United States Supreme Court inaugurated Kentaji Brown Jackson, its first black female judge.

The events of the past week prompted New York Times columnist Charles Blow to declare that Women Will Save Us: “It just seems right now that women, more than men, have a clear sense of the danger we face. are facing and the courage required to fight it,” he wrote.

Nowhere is this clarity and courage more evident than at the Essence Festival of Culture.

This weekend, I’m proud to continue the National Urban League’s long tradition of involvement in the festival itself and the many events held in conjunction with the celebration, including:

The unveiling of a historic marker recognizing Pontchartrain Park, the neighborhood where I grew up, as a “safe cradle of black hope and prosperity.”

The Global Black Economic Forum, an ESSENCE initiative committed to redefining global economic and social justice for the black diaspora.

A roundtable on the state of civil rights, to discuss the impact and develop actions in response to the Dobbs decision as well as flashbacks on gun safety and Miranda rights.

The CROWN Awards, recognizing the success of the National Urban League’s advocacy to ban natural hair discrimination in 17 states.

In 1995, I was only months away from my first term as mayor and was looking for ways to leverage New Orleans’ rich cultural identity for economic development and job creation. At the same time, Essence co-founder Ed Lewis and Festival Productions founder George Wein were looking for the perfect place for a 25th anniversary party for the magazine.

As the first national publication focused on black women, they were looking for a city with a strong black cultural heritage and a black mayor. New Orleans, I’m proud to say, was the obvious choice.

This first Essence festival brought together all the giants of soul and R&B, from Aretha Franklin and Gladys Knight to Mary J. Blige and Boys II Men. It also spawned the Louis “Satchmo” Armstrong Jazz Camp, the nation’s largest jazz education program dedicated to developing the next generation of jazz artists and preserving the great American art form. Its alumni include virtuosos Jon Batiste, Troy “Trombone Shorty” Andrews, and Natasha Harris, who leads The Original Pinettes Brass Band, the nation’s only all-female brass band.

What was meant to be a one-time event has grown into the country’s largest annual multicultural event, “Party with a Purpose,” attracting international artists, political and intellectual luminaries, and best-selling authors.

It has become a cultural touchstone that holds a place in the hearts of women from all walks of life. New Orleans music writer Alison Fensterstock described the experience of seeing a reunited SWV perform in one of the festival’s “packed-to-the-box” lounges: “Bands of women, and there were at 90% or less of the women in there — cousins, sorority sisters, old friends — were singing along with every word, closing their eyes and shaking their heads emotionally, even crying a little with their arms around each other.

“It was a special kind of intimate connection in action, the kind that comes from seeing the music you love most, live, in the company of people you love.”

Help us continue to tell OUR story and join the AFRO family as a member – subscribers are now members! Rejoin here!