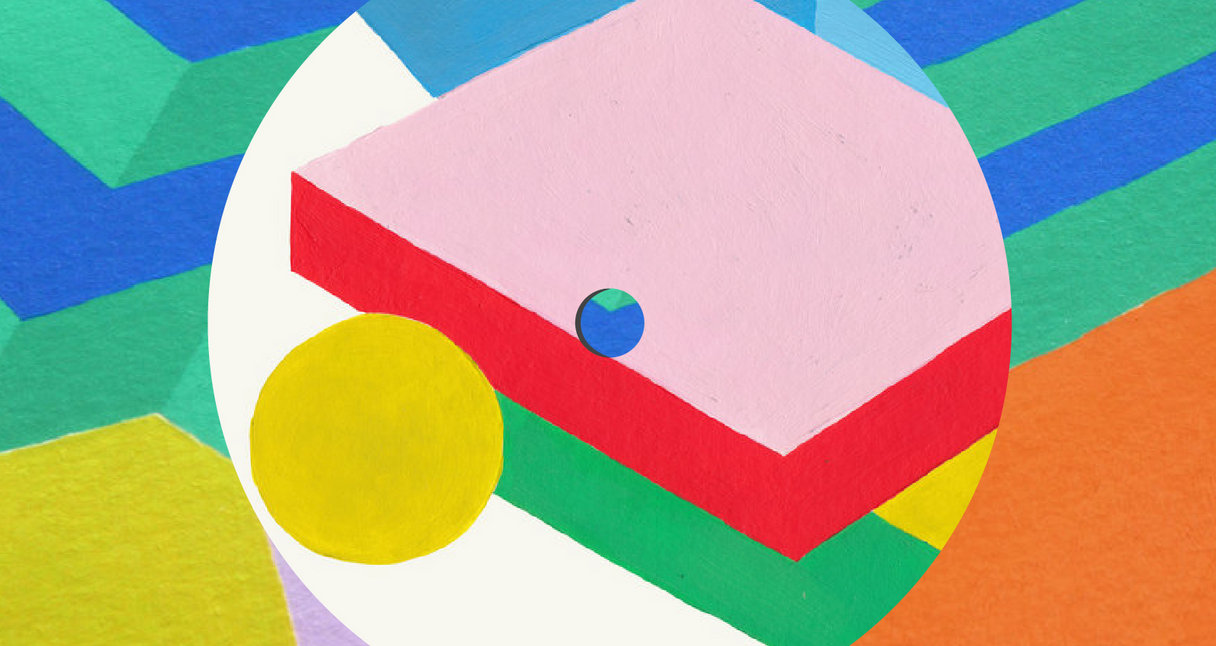 When we meet Tom Ford, the Bristol-based DJ, producer and label manager, better known as Peverelist (sometimes Pev), it is complete Home improvement fashion. He has been up since dawn to apply a new coat of paint to his house – he wanted to continue the work, he says – and is currently waiting for it to dry. He also says he is “terrible at interviews”. Even so, Ford apparently unwittingly started the conversation with the most apt metaphor for his dance music career to date. Painting a house is a regular and methodical job. You cannot be overwhelmed by the magnitude of the task at hand. You just start in a corner and you get by. Let it dry, then come back to where you started and apply a second coat, working slightly differently each time.

This is, roughly speaking, how Ford has approached his various roles as a producer, DJ, record store manager and founder of two hugely influential labels over the past 20 years. He starts his work day when the rest of the world is still waking up and just keeps going, not obsessed with the big picture, just working outside of his corner of the world. This corner, for 24 years, is Bristol, in the south-west of England. This is where he first nurtured Drunk punch liberation and, finally, Sound of life, a dance label housed under the aegis of dub-techno. This year marks the 10th anniversary of the latter.

Raised in Essex, a county bordering north-east London, Ford’s earliest musical interests revolved around the hardcore rave scene of the ’80s and’ 90s. The sound populated both illicit parties in the fields scattered around London’s M25 orbital motorway, all the while weaving its way into popular consciousness via the nicer big beat sounds, such as Fatboy Slim, the Chemical Brothers, and The Prodigy.

For Ford, however, it was Bristol on the other side of the country where his real interest lay. He found more intrigue in the music of artists like Massive Attack and Smith and mighty. So, after turning 18, he moved west. And 24 years later, his vision for the city has only solidified. “I feel like London is very trendy,” he says, “There will be a new trend, and everyone will be on it, which is great; that’s how London works. Whereas in Bristol people take a step back and say, ‘Oh, this is interesting’ and then go do something else with it. Whether he admits it or not, Ford has been instrumental in developing his city’s side attitude.

After moving to the West, Ford began working at Rooted records, a shop specializing in dubstep, grime and other British underground sounds. It has also served as a hub for the city’s loose cabal of independent producers and DJs. This localist spirit is something Bristol has become famous for, both musically and otherwise. For much of the 10s he bragged about his own currency, the Bristol Pound, which aimed to move money through the local economy, as a way to support community and innovation. “Community is vital, isn’t it? This is where you get that constant feedback, and people keep you on their toes and come up with new ideas, ”says Ford,“ I think that’s probably essential, otherwise I’d be making extremely introverted music.

In 2006, he created a label to release music produced by local artists. Called Punch Drunk, the imprint focused on dubstep and helped solidify Bristol’s status as the ‘second city’ of sound. Ford reveled in the openness of the genre at the time and built a list that covered the dub workouts of RSD and Smith & Mighty; Guido’s poignant digital orchestration; as well as virtually unknown producers like Kahn, Tessela, and Hodge– who would all carve their own distinctive grooves on the UK club scene in the years to come.

Punch Drunk continued after Rooted Records closed in 2010, but dubstep had become a bad word by then, mainly thanks to its irrevocable entanglement with the giant ‘EDM’ scene that had exploded in the US “The dubstep Obviously changed a lot around that time, “Ford recalls, with a slightly pained chuckle.” I was playing concerts and people would come up to me and say, ‘Can you play dubstep?’ And I would say, you know, ‘I a m play dubstep. ‘ The stage architects had lost control over what dubstep represented in popular consciousness. Memes featuring laser dinosaurs and robots having sex felt far removed from the intelligent and often moving club music Ford had devoted his life to. “People would ask you what kind of music you make and you would say dubstep, and they would say, ‘I hate dubstep. It has become an untenable thing to keep doing. So he did it again.

Ford had already incorporated techno elements into the dubstep model (another Bristol resident, Appleblim, Dubstep Allstars Vol. 6 mix gave a home to a few striking early examples). From 2011, alongside Kowton and Asusu, he pursued this interest seriously under a new banner: Sound of life. Operating initially as a three-piece collective, comprising live performances, an NTS radio residency, and white label vinyl releases, the tent quickly expanded, attracting producers from further afield and spawning a sister label with an even more exploratory mandate, the unpronounceable Dnuos Ytivil (“I just call it ‘backwards’, says Ford). In many ways, the ingredients never changed: drums, bass and space. Slowing things down opened up more room for the latter. And more and more, this space has been filled with more melodic and textural elements (indeed, recent tracks on the label have drums abandoned almost entirely).

Livity Sound’s 10-year journey can be traced through his illustrations: from the rough, hand-stamped white labels of his early versions, to Dali’s cubist and cubist wanderings of his early color sleeve versions – on which these elements Drums, bass and space essentials collided in new and weirder combinations. Over the past three years or so, a clean and cohesive pastel lineup has reflected the melodic direction of Livity Sound and, perhaps, the limits the label found itself after a decade of exploration.

Musicians are still drawn to Bristol, as was Ford almost 25 years ago. Now Livity Sound is part of the attraction. Chad Leotaud, who is released on the label as Can do alongside Owen Roberts, told DJ Mag earlier this year that “Livity Sound was the only reason I moved to Bristol”. It’s not that this sort of anecdote risks shaking Ford’s ego – there’s always the reality of running a mostly DIY label to keep it down. “I get emails saying, ‘Can you pass this on to A&R,’” he laughs, “But it’s just me on a laptop on the couch. People think it’s bigger than it is, maybe.

Trying to disentangle Livity Sound and Ford of the British zeitgeist club – and figure out who’s driving who – is next to impossible. “You left me stumped over there,” he said, when asked if he thought Livity was responding to changes in the scene or was responsible for leading them. He also doesn’t seem too concerned with finding an answer. It’s a bit like looking at a freshly painted wall and figuring out where the first blow went. And Ford is already clearly thinking about adding the next new coat. In the meantime, here is a choice selection from Livity Sound’s discography so far.

Ford had been drawn to Bristol as a teenager in part by the songs composed by Rob Smith and Ray Mighty, so it made sense that he aimed to blend Punch Drunk into a similar sound. Despite its brevity, this two-track effort by Rob Smith, one of the label’s earliest releases, is a complete musical snapshot of Punch Drunk’s formative years: catchy drums; dubby and undulating basslines; and just a hint of sour experimentalism.

“Roll With The Punches” is, quite simply, one of the most iconic dubstep songs ever written: the synth lead is as instantly recognizable as it is irreplaceable, the off-center drums so despicable for DJs attempting a perfect mix , and then there’s the cavernous drop that brings it all together with such euphoric release. “Die Brücke” will forever be known as the turnaround of one of the best songs of the genre, but – slowing the pace – also has its own meditative qualities. It was Peverelist and Punch Drunk just getting started.

A time capsule of the label’s early excursions, this debut collection brought together hand-stamped tracks from the first set of white Livity Sound labels along with other formative moments (including the sub-rumbling Pev & Kowton collaboration “Raw Code “, first posted by kindred tag Hessle Audio) and some new experiences. Songs like “Aztec Chant”, “More Games” and “Too Much Time Has Passed” encapsulate the label’s open creative ideology. But hindsight has revealed that this compilation-slash-collective-LP is more of a turning point for the label than a model. As always, Ford was on the lookout for new ideas.

With its twirling effects, rippling kicks, elastic hi-hat and deeply satisfying third act, the first single on Livity’s sister label “reverse” is pure pleasure, backwards. Peverelist amplifies the dub filters for the reverse, opening up acres of space for Coulton’s percussion to explode. Batu, Bruce, and Hodge, which have since become staples of the most interesting and innovative corners of British dance music.

The label’s broadening of the geographic horizons allowed Ford to encounter like-minded sounds and scenes from further afield. A concrete example: Azu Tiwaline’s vision on Amazigh music, which incorporates all the familiar elements of dub and meditative techno, but reorganizes them for new, less club-oriented spaces. The hypnotic drums of “Terremer” and the ethereal harmonies of “Tessiture” are rooted in the origins of Livity Sound, while pointing to a future for the label which leaves room for a quieter contemplation.

DJ pleads
Go for it

Even as the label (and Ford himself) matures, sometimes favoring a slower pace, at least one foot remains firmly on the dance floor. So it is with the frenetic rhythms and dabkes of DJ Plead. As fascinated by hardcore ramifications like jungle and British funky as by folk dances from North Africa and the Middle East, Plead’s very individual exploration of this continuum continues to deliver riches. The title song sparkles – all hand drums and wooden blocks strike – at a breakneck pace, while “Espresso” sounds more like a gram of speed than a cup of coffee.