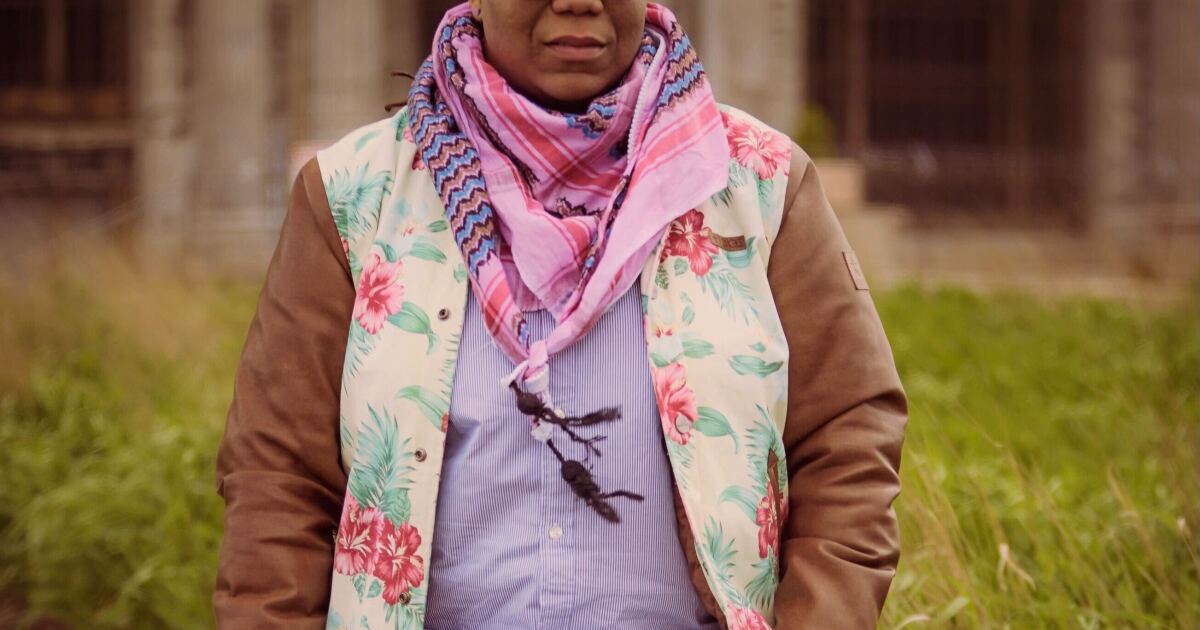 The evolution of Detroit’s Miz Korona

This year will mark the 20th anniversary of the legendary film 8 miles. Although the film is best known for featuring Eminem, its cast is packed with some of the best from what was then Detroit’s then-rising hip-hop scene, including rapper, producer and visual artist, Paula “Miz Korona” Smiley.

Although Miz Korona gained most of her name recognition after her appearance as Vanessa in 8 miles she had been active as a hip hop artist before the film was released in 2012. Since then, her career has been filled with triumphs and some health issues. But through it all, Miz Korona continues to create art through music and visuals. Recently, she even had the opportunity to branch out into the production field while recovering from knee surgery.

Miz Korona has already started putting her newly honed production skills to work on a new EP, and says she has many years of music industry experience to thank for her well-developed ear. According to her, the pandemic presented a perfect opportunity to diversify.

“The COVID pandemic has just given me a sense of urgency just to create and just to leave more of a mark and a legacy behind. Because, you know, we never know when our day is going to come,” she said.

Entering the world of music production certainly wasn’t the first time Miz Korona branched out, and it’s hardly a surprise given her background. Throughout her career, she has maintained the same “do it yourself” attitude, and it has taken her far beyond the music industry.

In addition to being a rapper and producer, Miz Korona also works as a photographer under the Trigger Finger Visuals label. According to her, it started as a way to express herself at a time when her music was at a standstill.

“I had just come off a tour overseas and the same thing, you know, waiting for production to finish a project that never happened. And I was like, so depressed. I just grabbed my camera and started filming. So I think I started filming from that aspect of telling a story that I couldn’t tell through music,” she said.

Regardless of the medium, Miz Korona has continued to break down barriers as an artist, especially as she brings more authenticity to her work. In recent years, she’s spoken more about her LGBTQ identity on her streams, even though she knew it might make her life in hip hop more difficult. For example, in the past, she had to cut ties with a production company, after being told not to talk about her sexuality. And today, Miz Korona continues to speak openly about who she is, including in the lyrics to her new EP, The healer and the heartbreaker.

“This project is the most vulnerable I’ve been in talking about relationships with women,” she said. “If this is your life, like, why should anyone hide who they are?”

Being more open about her queer identity isn’t the only part of her job that has changed over the years. Two bouts with COVID made him feel “the worst I’ve ever felt in my entire life” and changed the way he approaches his writing.

“It created this space of free-thinking, and I just wanted to live the best way and create the best way,” she said. “If it’s a feeling that’s in my body and needs to come out, then that’s what I aim to do.”

The healer and the heartbreaker drops at Miz Korona’s April 16 release party. And tomorrow night, catch her on a star bill at the Return of the Legends show in Detroit.

Looking for more conversations from In the USA? This way.

If you like what you hear on the pod, consider support our work.

In the USAthe theme music for is 14KT.

Foundation app; Create, collect and collaborate on the NFT marketplace