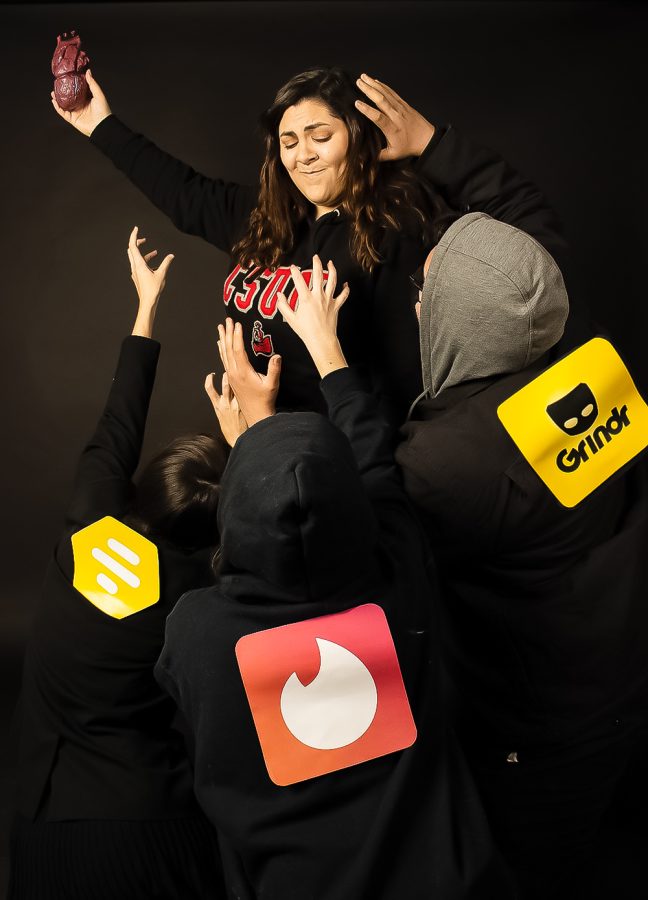 Meeting a significant other online has challenged more conventional methods of finding romantic partners over the past decade. Traditional ways to find a partner have declined since World War II, while online dating has increased in recent years, according to a 2019 Stanford study.

The popularity of online dating soon followed the introduction of the first matchmaking websites on the internet and broadened the idea of ​​finding a partner long distance. As online dating pools grow every year, people are more likely to find companionship through dating websites and apps.

1995-99
American entrepreneur Gary Kremen pioneered the internet dating industry with the launch of the first modern dating site Match. The site matched users based on responses to a wide variety of questionnaires.

Match also became one of the most recognizable domain names of its time after gaining over 100,000 users in its first six months. This allowed the site to move from its free ad-based system to a monthly subscription-based model.

The service was sold to Cendant Corporation, a Connecticut-based consumer services company, for $7 million in 1998. A year later, media company IAC acquired the company for $50 million and developed the domain into one of the largest online dating sites.

After the resounding success of Match, eHarmony. Clinical psychologist Neil Clark Warren aimed to unite compatible people through scientific methods. The site finds suitable partner candidates based on their 32 compatibility dimensions. The service essentially took the first step for its users by providing a company-specific list of matches to each user.

2000-04
The early 21st century saw a rise in social networking sites, with Friendster reaching popularity before similar platforms took over. Friendster was established in 2002 and connected friends, family and strangers. It also provided a free virtual space to meet potential dating partners through one of the first iterations of profile messaging.

Sites like OkCupid and Plenty of Fish have chosen to focus solely on dating services over social media platforms. Made available for free, Plenty of Fish launched in 2003 and OkCupid followed in 2004. Although overshadowed by the success of Match, both sites rose to popularity after creating apps for mobile devices years later.

2005-09
The launch of Facebook in 2005 paved the way for many phone apps that we still use today. Zoosk started out as a Facebook app in 2007, allowing its users to upload photos that would be rated by friends and family. Building on the idea of ​​a dating app, founders Shayan Zadeh and Alex Mehr created downloadable versions of Zoosk for Android and Apple phones.

More and more dating apps began to emerge with the advancement of phones, providing a more accessible outlet than computers. Grindr was one of the first location-based dating apps specifically designed for men looking to meet gay, gay, bisexual, and trans people. The app was initially launched in 2009 for Apple and found its way to Android devices two years later.

2010-14
Tinder and Hinge were released in 2012, with both apps offering never-before-seen features and different points of interest. The most unique feature Tinder offered users was the ability to “swipe left” or “swipe right” on potential matches for a faster view rate. Tinder was the more popular of the two and is now the number one dating app in the United States.

Hinge had a different take on dating apps. Trademarked as “the dating app designed to be deleted”, Hinge focused on relationships built around desired interests or behaviors through an algorithm designed to match users with the “most compatible” individuals. . Recognized as the Gale-Shapley algorithm, the Nobel Prize-winning algorithm has helped Hinge stand out as a dating app.

Whitney Wolfe Herd founded Bumble just months after stepping down as VP of Marketing for Tinder in 2014. The app achieved early success due to its female-focused messaging policy combined with the method of tinder swipe.

In what Herd described as a “feminist” dating app, Bumble only allows female users to message first in heterosexual matches. This concept has propelled Bumble to the second most popular dating app in use today.

2015-19
Apps targeting specific demographics followed years after Grindr’s global success. Salams, formerly known as Minder, and Muzmatch were both released in 2015 with the aim of helping Muslims around the world find suitable marriage partners. Salams implemented Tinder’s already well-known swipe method while Muzmatch opted for like or pass profiles.

In 2017, Geoff Anderson launched the Glimmer dating app. Anderson’s brother was 33 at the time and living with cognitive impairment. After seeing his brother’s difficulties finding a match on dating apps, Anderson decided to launch Glimmer to include users with cognitive and/or physical disabilities.

2020-Present
The social distancing and quarantine rules of the COVID-19 pandemic have led new app developers to revitalize the online dating industry and connect people more.

The first video dating apps started surfacing due to the popularity of the social media platform TikTok. Apps like Snack and Curtn allow users to send video messages, rather than texts, to create a more personal connection between matches.

Audio-first dating apps have also started popping up more often. These apps have attempted to draw less attention to the more appearance-based prejudices of online dating.

Since its initial conception after the introduction of the internet, online dating has been able to adapt alongside technology. From loaded dating sites on dial-up to apps on virtually every smartphone, the growth of online dating can only continue to normalize in the future.