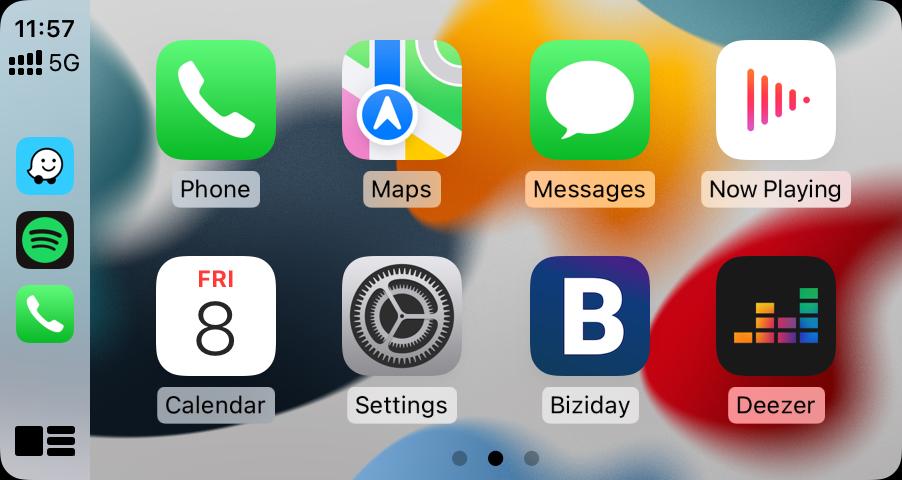 The only feature CarPlay needs to copy from Android Auto

But on the other hand, each comes with its own sets of features, and in some cases those make a big difference in terms of usability.

For example, the dashboard currently available on CarPlay is a feature that everyone loves, as users can see the navigation app, current phone call, and music information on the same screen.

Android Auto has weather information right in the status bar, something CarPlay users have long drooled over, as well as a dynamic bar that makes it so handy for monitoring running apps.

But despite the differences and similarities between the two, there are still things they should copy from each other. And when it comes to CarPlay, it should totally borrow the way Android Auto is updated.

In other words, CarPlay should be offered as a standalone app bundled with the operating system and then updated through the App Store.

Here is why this is so important.

At this point, CarPlay and Android Auto are native apps preinstalled on every device running iOS and Android respectively.

On the other hand, CarPlay can only receive new features and extra polish with new iOS updates, which means that the iPhone itself requires a new version of the operating system which is usually from very large in size and lands every few months. This means that CarPlay is receiving additional improvements at a rather slow pace, and installing these updates is not necessarily a convenient process as it usually requires a fast internet connection, restarting the iPhone, and a long time. waiting.

Android Auto, although offered at the operating system level, is also distributed as a separate app on the Google Play Store. Available separately as an APK installer, Android Auto can be easily upgraded and downgraded, although this is only possible through side-loading, a concept Apple has previously refused to embrace.

But what makes Android Auto much better than CarPlay in this regard is exactly how it receives updates. As it can be updated from the Google Play Store, Android Auto does not require a full version of the operating system to receive new features or bug fixes.

For Google itself, rolling out new improvements for Android Auto is also much more convenient, and the same goes for users as well, as they can install them without having to restart their devices. Downloading a new Android Auto update only takes a few seconds from the Google Play Store, and installation takes no more than a minute. It goes without saying that the update size is very small, so overall Android Auto update is much more convenient than CarPlay.

Apple has never explored this approach, and at the moment, there is no indication that anything could change on this side. For users, this means that they would continue to receive improvements at the same slow rate as before, and of course, that is by no means good news.

Living proof in this regard is iOS 15, which caused quite a mess on the CarPlay front, so users only had to wait for operating system updates to get a slew of critical fixes.

That should change in the long term, but for now Apple seems to simply favor an evolved version of CarPlay that would be able to access more of the vehicle’s functions, much like Android Automotive does. So in the long run, there is almost no chance that CarPlay will become a standalone app that can be updated through the App Store.

The MINI Urbanaut could really go into production, but don’t hold your breath for it