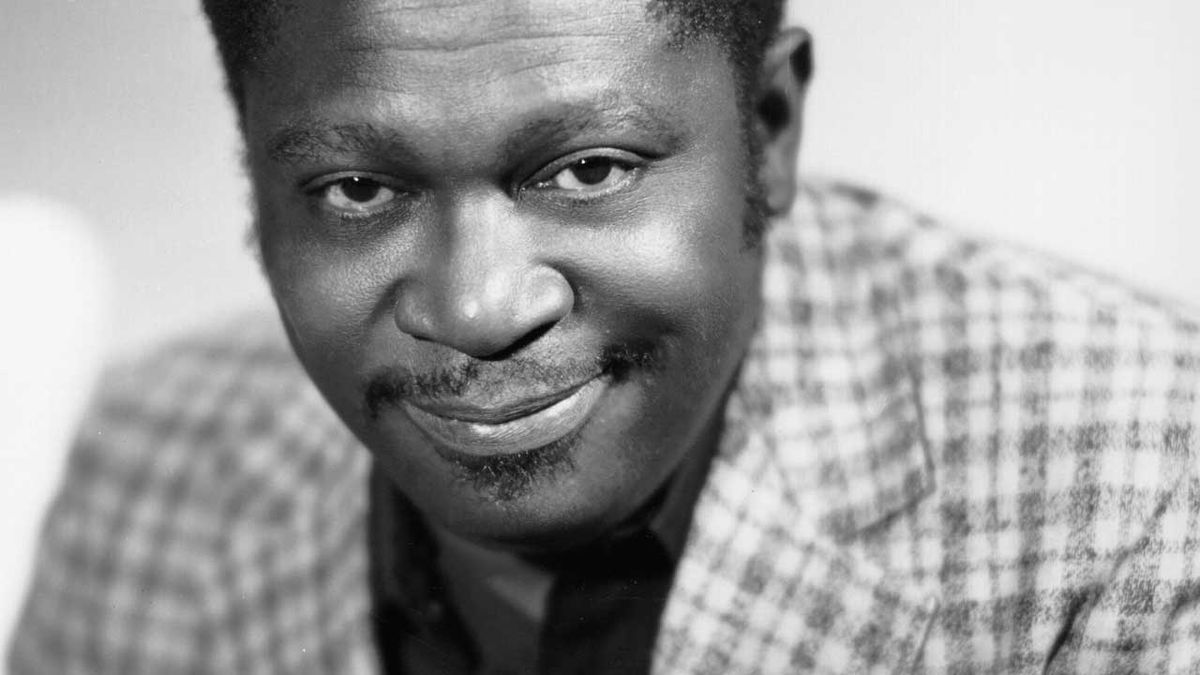 BB King has released over two hundred singles and fifty albums over a six-decade recording career. He is an essential figure in popular music. Yet many casual fans can only identify one BB King song, The thrill is gone, a 1969 version that reached number 15 on the Billboard Hot 100 graphic.

I listened to almost all of these singles while writing King of the Blues, the first Cradle-to-Grave biography of the man Eric Clapton called “the most important artist the blues has ever produced”.

BB King began in the 1940s as a street musician in the folk-blues mold of Delta, singing and accompanying himself on the acoustic guitar. Then he got electric, moved to Memphis (in 1949), formed a band, and learned to play single-string solos in the style of his idols, jazz-blues master Lonnie Johnson and sophisticated R&B T -Bone Walker. Over time, he developed a style of his own, exploiting amplified vibrato and sustain to deliver solos that sounded like a human voice: Lucille.

BB King and his guitar burst onto the rhythm and blues charts in 1952 with the No.1 single 3 hours of blues. It was three years before Chuck Berry and Maybellene, a decade before the Beatles, a time when guitars and guitarists rarely made it to the charts. Ironically, even as BB created a new lexicon of solo guitar virtuosity in the 1950s, the R&B world mostly ignored Lucille and recognized him primarily as a singer. But a new generation of guitarists heard BB’s singles and spread their sound. By the end of the 1960s, apparently all of the main pop guitarists wanted to play like BB King.

This playlist traces BB King’s evolution as a single artist, from his first – and at times embarrassing – forays into Memphis recording studios in 1949 to his crossover breakthrough twenty years later with The thrill is gone. I ordered the songs as they appear in King of the Blues, so that the reading list can be used, in effect, as the soundtrack of the book.

To my ears, this first single marks the recorded debut of BB’s signature vibrato. He had recorded four songs in 1949, performances that seem like an amateur’s retrospective. He trained hard through the winter and entered the Sam Phillips studio in July 1950 armed with a distinctive, scathing tremolo.

Almost all musicians in Memphis have claimed to have performed on this track, recorded at the “colorful” YMCA. The first song to feature BB’s fervent voice and passionate guitar in equal measure, this funeral song went on to become No. 1 on the R&B charts, its first national hit.

This performance points to the future of the electric guitar in popular music. Freshly divorced and disheartened, BB cranks up his guitar, producing one of the loudest sounds ever recorded in the acetate.

Bouncing back from the divorce, BB delivers a dismal reshuffle about her late lover. It became BB’s second No.1 hit on the R&B charts, proving that the first was no fluke.

This obscure single illustrates the geometric growth of BB’s guitar craft. Lucille mounted a wild and reverberating assault on the blues scale, crushing the sidemen. The overall effect is something like Jimi Hendrix in front of a big band.

Another little-known side shows that BB’s guitar technique is reaching glorious maturity. Lucille’s very heavy sound claims a new richness, a timbre as urgent as an air raid siren but warm and melodic. A decade later, Jimmy Page would ride that sound to world fame.

For me, this song marks the emergence of BB’s unique voice as a blues singer. In previous years he had channeled R&B town crier Roy Brown. Here he finds his own rhythm: relaxed, saucy, conversational, gently dragging behind the beat. He was the mature BB King.

Released as BB was making his debut as the frontman of his own big band, this song became something of a BB King theme song, opening up thousands of shows in the years to come. If you’ve seen BB play, you’ve probably heard it.

Here is BB in his manly heyday, conjuring up lyrical images of angels suggestively spreading their wings. The song celebrates BB’s new love, Sue Carol Hall, a fifteen-year-old girl who would become his second wife.

Big, bold, and long (over six minutes), “Sweet Sixteen” ushered BB into the 1960s with a towering vocals against a shaky bass, anticipating the recording techniques of the Woodstock era.

This single established BB King in Britain, whose guitar heroes have reintroduced his music to the Whites of America. The song revolved around a simple riff that would become one of the most familiar hooks in the blues.

BB had previously recorded this song, but her haunting performance on Living at Regal made him immortal. The big payoff came when BB lamented that he had given his wife seven children, and now she wanted them back.

This outing brought BB out of a half-decade of slump with his new label ABC, which had tried to market him as a big band crooner. The single was a triumph of humor, a showcase for Lucille and proof that ABC had finally discovered the great guitarist on their roster.

This ten-minute story song anchored the Lucille LP and sowed the legend of Lucille, queen of guitars. Oddly, BB had barely mentioned her before outside of her inner circle. Five decades later, a YouTube recording of the song has garnered thirty million views.

Completely fine is one of my favorite BB King albums. This unusual piece, anchored by an organ riff to the ears, ventures into the polyrhythms of funk. Experiences like this horrified blues purists but helped BB keep it relevant for decades, as did its friend and fan, Miles Davis.

BB had kept this Roy Hawkins song in his head for years before bringing it to producer Bill Szymczyk at the Completely fine sessions. BB had raised the tone, raised the tempo and recast the rhythm in soul à la Otis Redding. The bassist and drummer laid down an inspired rhythm, and Szymczyk added strings full of suspense. Thrill would last like the Song by BB King, one that any casual fan might identify after a few bars.

that of Daniel de Visé King of the Blues: The Rise and Reign of BB King is out now.