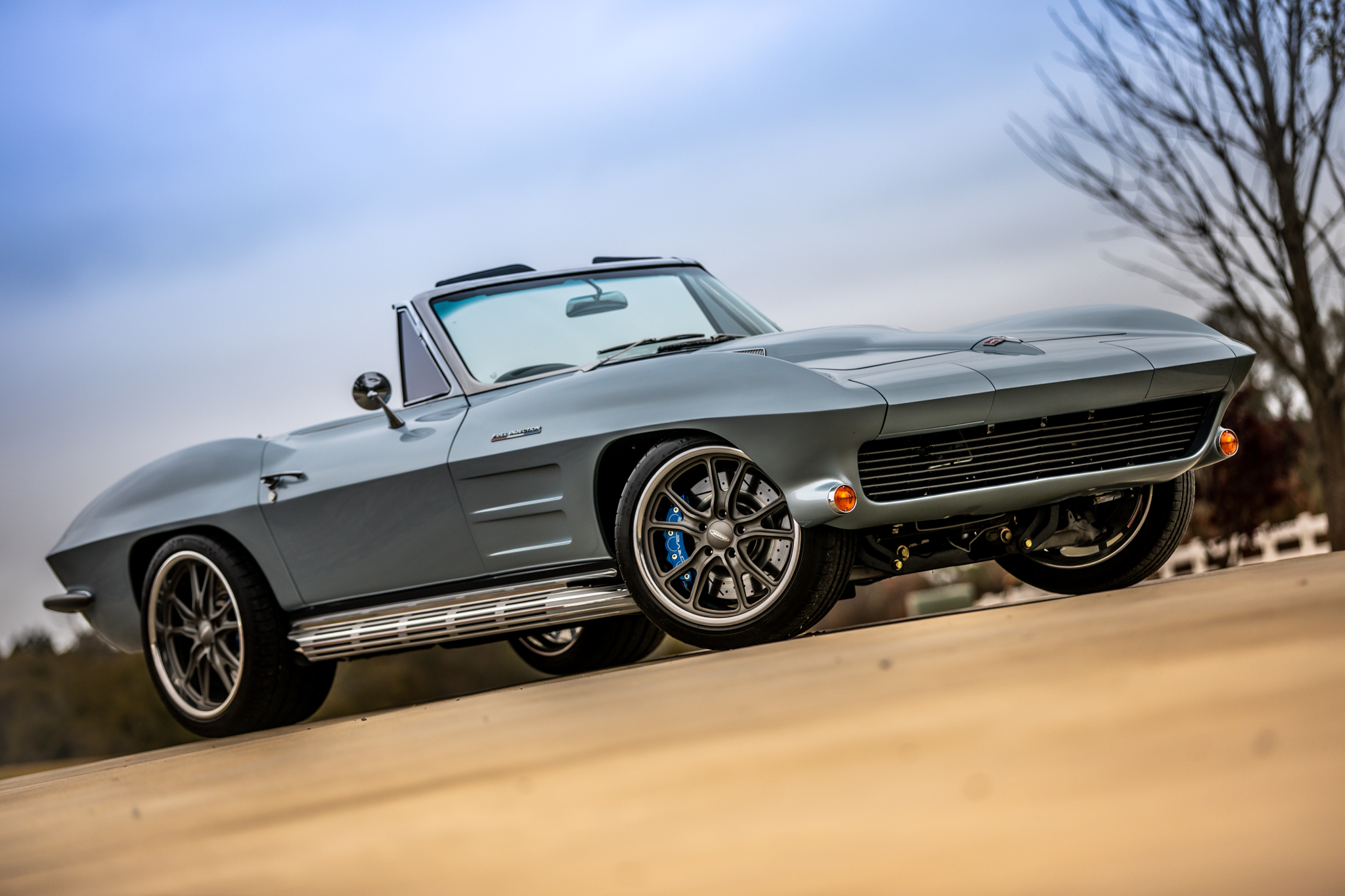 In 1963, Chevrolet introduced the second generation of the Corvette, designed by Larry Shinoda with input from Pete Brock. It was the first to be studied and slightly adjusted in the wind tunnel. But while the rear window stirred up a war between Zora Duntov and Bill Mitchell, the roadster’s shape was their common ground. It was, and still is, a beauty on the road.

The seller bought this C2 in 2020, but before that it was refurbished by Corvette Care in Ohio in 2019. Of course, its 900 miles (1,448 km) on the odometer might make you think she is, or was, a queen of garages. . But that doesn’t mean it can’t be driven hard. Since this is not the same car that left the factory in 1963, it is a different animal.

Underneath the updated and widened bodywork is a new drivetrain and custom Coffman C2 chassis. Its suspension comes from a Corvette C6 and the brake calipers from a Z06. Its Viking coilovers will help the car stay on the road in tight turns. But the exterior finished in silver blue is sure to catch the eye. And if that’s not enough, the sound of the Thunder Chamber Side pipes will.

Inside, the original-looking radio is still on the center console, but it has a USB port for ’60s music. I’m not particularly drawn to the low-back, leather-wrapped bucket seats with lap belts, but a pair of high-padded sports seats would have spoiled the look of the car. But the Dakota Digital instruments are about right. They look old, but they’re completely new, and the speedometer is marked up to 160 mph (257 km / h). The car is fitted with vintage air conditioning and power windows to stay in the new era.

But all the work is completed by the transmission, which includes an LS3 powertrain powered by a Velocity air intake. It’s unclear exactly how many ponies are supplied, but the 430 hp offered in stock should be enough. The engine is mated to a five-speed manual transmission that sends power to the rear wheels via a Dana 44 rear axle with a 3.56: 1 gear ratio. In my experience in a Z06, this setup should be more than enough to smoke 325/30 Michelin Pilot Sport tires for quite a long time, even on dry pavement.

This superb restomod has just been put up for sale on the Bring a trailer auction website, and some have already appreciated that its final price will be in six figures. And I can’t argue with that. Seven days from the end, it was already at $ 60,001.