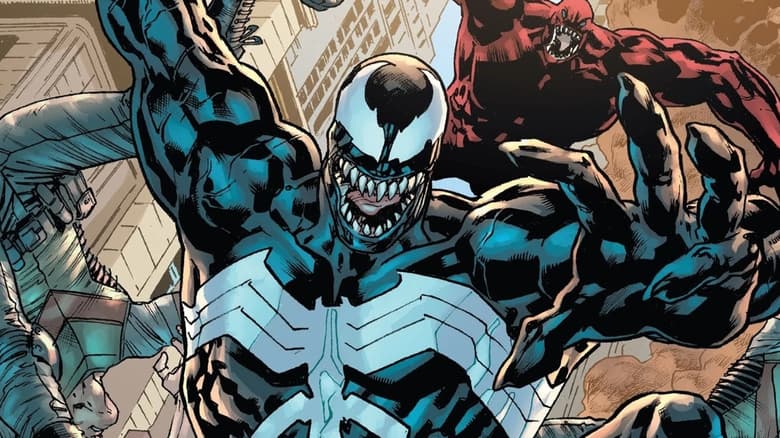 After escaping, Dylan, Venom, and Sleeper attempted to hide out in a small town where he stayed with a reformed biker gang leader. However, this relative stability was shattered when Dylan and Venom attacked a rival group, unleashing a wave of fiery violence. This violence also caught the attention of Bedlam, who was hunting Dylan for Meridius. Bedlam quickly overpowered Venom and brutally attacked him, seemingly revealing himself to be Eddie Brock in VENOM (2021) #7.

Although Bedlam got his start battling other symbiotes in the Garden of Time, Meridius unleashed the violent creature, another apparent king in black, in modern times as part of his multi-pronged effort to encourage the evolution of the Venom symbiote. Using his time-traveling abilities, Meridius personally orchestrated several elements of the Absent Throne’s attack on the Brocks. Beyond freeing Bedlam, this King in Black actually rebuilt the Life Foundation, restored Carlton Drake, threatened Eddie in space, and impersonated Eddie to capture Dylan early in the series.

While all of this was going on, Eddie sat in the end times until his burgeoning time travel powers sent him back to the 602nd century, where he took over a symbiote that served Kang the Conqueror. After Eddie fought his way through Kang’s forces, the Avengers villain welcomed the confused Brock into his command center as a friend. When he saw this, Kang realized it was their first meeting and argued with Eddie as he hinted at the future of their friendship. After stabilizing Eddie’s position in the timestream, Kang even offered to show Brock how to use his time travel abilities. Kang helped Eddie think differently about nonlinear interaction with time flow and how to foster its development.

Despite these hints of friendship, Kang seems to be working in cahoots with Meridius. Even as Eddie tried to save Dylan through time travel, he played into the plans of the Absent Throne. After outwitting Eddie at every turn, Meridius took control of Eddie as he bounced through the timestream and trapped him in Bedlam. Feeling consumed by the symbiote’s familiar rage, Eddie can only watch helplessly as Bedlam’s tendrils attempt to kill his son and force Venom’s next evolution. Caught up in Meridius’ network of projects, the future of Eddie Brock and Venom seems more uncertain than ever.