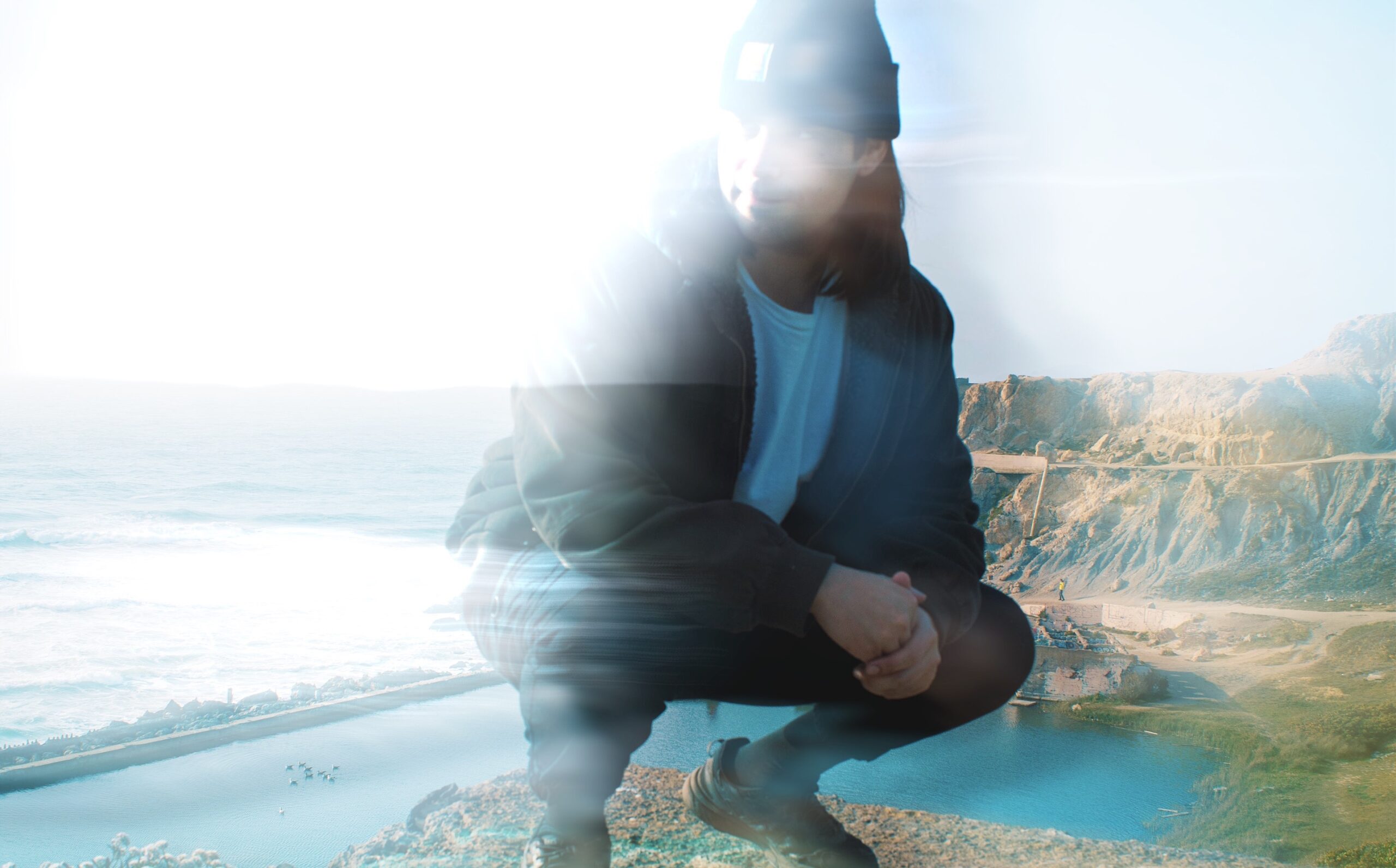 Raised in the South Bay and currently based in San Francisco, DJ-producer-painter Far visionaka Marshall Smith, dropped a sensational double A side single “Swallowed Whole” and “Flashflood” late last year on London-based Tropopause Records. The sound is lively bouillabaisse steeped in trap, Jersey club, reggaeton-meets-UK-funky and tribal house. This multiple combination is the result of Smith’s continuous questioning of his musical practice and his personal transformations. His evolution gives “swimming upstream” vibes that go against industry trends, and he has gained support from Batu, India Jordan, ZULI and many more.

Although his gig at Public Works last month was canceled due to COVID concerns, we caught up with him for a quick chat (and hope he reschedules soon).

48HILLS Greetings. So Marshall – if I can call you Marshall – how are you these days?

DISTANCE VISION Yes. I’m well. Keeping busy making as much music as possible while taking care of myself and juggling the rest of my life. Really excited for 2022. I think it’s going to be a great year.

48HILLS Awesome, glad you’re good in these crazy times. So how did you come to make music?

DISTANCE VISION Well, my childhood plan of A, becoming a game show host, and plan B, becoming a rock star, haven’t worked out — or at least not yet. So unfortunately, I resorted to the sordid triple threat of the DJ-producer-painter. Frankly, this all seems a bit past, if you ask me.

48HILLS Marshall, it’s drugs. I’ve never had a talent for visuals, just audio. Listening to your music, your work tends to come out of the typical house approach. I’ve always been a fan of funky and broken British beats, especially the beats of Dego and Kaidi Tatham. But you’ve staged a sound that deviates from the typical bass drum procedure. Was this desire to do something different intentional, cultural, something else?

DISTANCE VISION Yes. For a long time I completely refused to do anything with 4×4 kicks. It just didn’t sound interesting to my ears, like the composition was just flat somehow other. A lot of things still feel flat to me, but I’ve become a lot less rigid about it. Jersey club and Baltimore club, when they were at their best, have always been the most rhythmically interesting genres of dance music for me. I’ve been playing guaracha and reggaeton lately too. So I think it was an unconscious bias [to make non-standard kick drum rhythms] it quickly translated into a conscious decision as I continued to produce dance music.

48HILLS Which producers and DJs do you like and why?

DISTANCE VISION Much of my influence comes from British dance music styles, and my tastes often lean to the left. Such experimental producers like Photek, Pearson Sound, Bloom and many more [producers who work] in the same vein tend to attract my ear and reward me [my] repeated listening.

That said, I’ve been very inspired lately by the crop of producer-DJ talent currently representing the Bay Area to a global audience. Artists like Chrissy, Bored Lord, Bastiengoat, Ani Klang, Velaluna, Mars Kasei, Philco, Sinead, SmokeDro, etc. make me proud to live here. I hope we can collectively usher in a new era of underground dance music. I also have to say that 75% of the time I don’t listen to electronic music. The Brian Jonestown Massacre and Guided By Voices remain in heavy rotation.